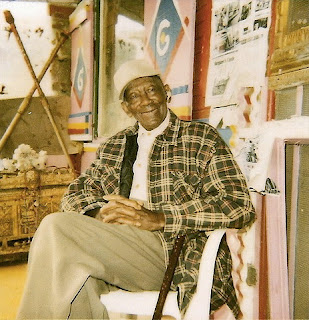 "Jason Pappariella's Places in Pieces series presents rich visual ideas that feel all at once offbeat and familiar”- Michael Robinson. Volume 3 subsists within the framework of the two previous volumes by focusing on the mundane, the peculiar, and the discarded. One difference being instead of concentrating solely on the urban landscape, rural settings are also observed. PIPv3 has a running time of 50 minutes with a soundtrack provided by Adam Parks of Land What Land and Emily Baker. The majority of the videoing took place throughout the southeastern and southwestern United States in 2009. Filmmaker in attendance!

"Jason Pappariella's Places in Pieces series presents rich visual ideas that feel all at once offbeat and familiar within the framework of an abstract travelogue and document. This is balanced with tones of conversational and silent portraiture of different folks encountered along the way in exchanges that feel true to life."
- Michael Robinson (filmmaker) 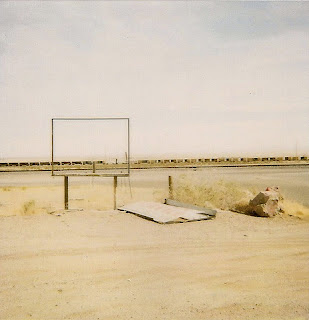 Filmmaker's Bio:
Jason has been photographing, filming and videoing everyday life and everyday happenings for as long as he can remember. He's been exhibiting his work for over a decade in venues such as WAF Salon (Berlin, Germany), Talking Dolls Studio (Detroit, MI) and Echo Park Film Center (Los Angeles, CA). In 2001 he and Dan Stauffer formed the hungry lunchbox collective, and completed their first full length documentary Big News, Small Town about Centralia, PA. Around this same time he started working as a photographer for the Detroit Free Press. While in Detroit, he began the Places in Pieces project, drawing inspiration from Vertov's Kino-Pravda and Direct Cinema. A move to Seattle led to him co-founding dancefascistdance, a performance and street art collective that incorporated video work as well. Jason didn't attend university, he's never received formal training, and has yet to benefit from a grant to create any of his projects. He doesn't believe you need any of this to make art.

Click here for more information about New Nothing Cinema.