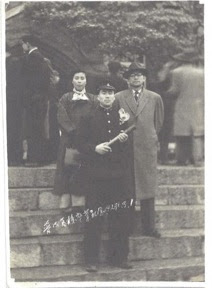 Oddball Films and guest curator Christine Kwon present Home is Where the Heat Is: Peninsula Performances, PII, with a live score by Korean American musician Donghoon Han. Home is a polarizing topic: most of us spend our lives running away from it or trying to return to it, and our work often revolves around the preservation or destruction of what we consider home. Home is Where the Heat Is explores the centuries-old idea of nostalgia, and the longing to return to a better time in light of social, political and technological progress. Program highlights include local home movie footage of Chinese Americans and rare archival footage of the Korean War in, paired with a live improvised score. Films include the personal perspective of Chinese-Americans in Chinese New Year: San Francisco Chinatown Rice Bowl Parade (1951), history is told by the victors in A Motion Picture History of the Korean War (1950s), News Parade of the Year 1947, a time capsule of nostalgia, and The Sea Turtle (1970), a tranquilizing trip into the sea with the graceful underwater creature. Paired with Donghoon Han's unique blend of vintage Korean pop music and improvised electronic beats, it's the second part of a journey of nostalgia, beauty and finding a way home. 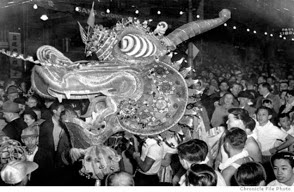 
Chinese New Year: San Francisco Chinatown Rice Bowl Parade (Color, 1951)
Reconstituting this rare collection of footage featuring celebrations in San Francisco’s Chinatown, we listen to poetry by spoken word artist Kelly Zen-Yie Tsai’s and her take on being Chinese in America over images of the dragon parade and locals showing off their finest beaded dresses.

A Motion Picture History of the Korean War (Part I) (B+W, 1950s)
The history of Korea never looked so promising in this nasal-narrated Department of Defense film. Combining good ole’ fashioned anti-communist ideology with authentic footage from the Korean War, the film chronicles the war from its inception to the 1953 truce agreement, heralding America, its soldiers, and President Truman as godsends to the Republic of Korea. 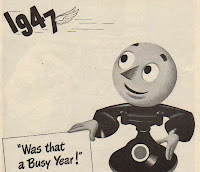 A silent and moving portrait of the year in 1947 as seen from the Western perspective. The British Royal Family visits the “Dark Continent,” President Truman is all grins in his goodwill tour around the world, natural disasters plague Florida and the East Coast, and the Yankees capture the World Series. A disturbing and all-too familiar slice of politics, sports, and crisis. 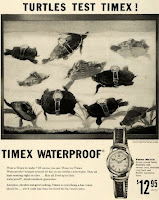 Of all the creatures in the world, we follow the sea turtle, a rare and graceful creature who, if successful, makes the remarkable trip from beachfront to seaside, to fantastic ocean depths.
About the Curator
Christine Kwon is the Managing Director of the San Francisco International Asian American Film Festival, where she is a senior film curator. She is also the producer of feature-length documentary Breathin': The Eddy Zheng Story, and is the creator/writer of the comedy series Nice Girls Crew.
About Donghoon Han
Donghoon Han is an Oakland-based musician originally from Busan, Korea. He produces under the name Mohani, and his work is notable for its unique fusion of electronic music with vintage Korean pop. His music can be found at http://soundcloud.com/mohani
Email ThisBlogThis!Share to TwitterShare to FacebookShare to Pinterest
Newer Post Older Post Home