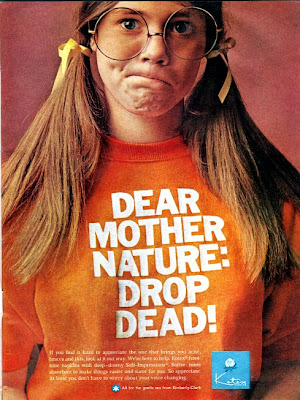 Oddball Films brings you Teen Dreams and Puberty Nightmares, a star-studded night of vintage films full of those awkward, horrible, and occasionally musical moments that afflict the youth of any era. Junior High School (1978), a hilariously awkward musicalamity featuring a 16 year-old Paula Abdul and a cast of gangly teens and preteens singing and dancing about the "Itty Bitty Titty Committee", wearing a cup in gym class and having a boy-girl party.  It is one part toe-tapper, one part gut-cringer and all magic!  Di$ney has the all the answers for the growing girl with the dreamily animated The Story of Menstruation (1945).  For the guys, actor Ken Howard has all the Facts for Boys (1980) when he talks about wet dreams with three young men on an unsupervised camping trip (with a killer soundtrack).  Real teens talk about their dalliances with substance abuse in the classroom primer aimed at preteens, Drugs: First Decision (1978).  Watch out for fast moving boys and the emotional and genital sores they may leave in The Innocent Party (1959).  A teenaged Michael Jackson sings "We don't have to change at all" in a musical number from Free to be You...And Me (1974).  With teen trailers, vintage commercials, a dash of Degrassi Junior High and an aerobic workout with every girl's favorite doll and a 13 year-old Jennifer Love Hewitt in an excerpt from The B@rbie Workout (1993).  This program with have you laughing, singing, cringing and thanking your lucky stars those days are behind you! 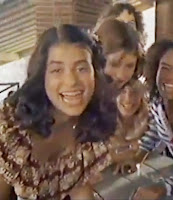 Junior High School (Color, 1978)
As if Junior High wasn't awful enough, imagine adding song and dance numbers about the most awkward aspects of your life and changing body!  This musicalamity revolves loosely around a party, planned by Sherry, played by none other than 16 year-old Paula Abdul. Everybody's gotta be there, and lots of singles still need a date, which leads to triangles and hilarity.  The song and dance numbers tread into uncomfortable territory when the whole girl's locker room dances around 3 gals in the "Itty Bitty Titty Committee" while the boys sing and dance about wearing cups during P.E.  It's an epic camp musical masterpiece! 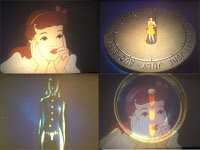 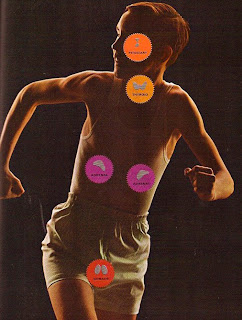 “Changing from a boy to a man is a one way trip.  I’m Ken Howard and I’ve been through it all and I’d like to share the experience with you.”

Actor Ken Howard, in the middle of his stint as the White Shadow, decided to take three young boys, Li’l Billy Warner, Shane Hankins and Kade Lyons on an unsupervised camping trip to shoot the shit about wet dreams and unwanted pregnancies over wiener roasting and s’mores.  With a dynamite soundtrack that includes hits by Rod Stewart, Blondie, The Eagles and Willie Nelson.


The Innocent Party (Color, 1959)Two happy-go lucky boys get really lucky downtown at the movie theatre. The next week, one of the boys, Billy, and his steady girl, Betty, go too far in the car and he discovers a sore 'down there'. Betty looks absolutely miserable after the deed, and shame sets in like the bubonic plague. Billy gets worried and goes to see the doctor who explains the necessity of dragging Betty in for a physical as well. The Doc scares the hell out of Billy with graphic photos, and starts taking names. Naturally, it is some 'loose, downtown girls' who are responsible.