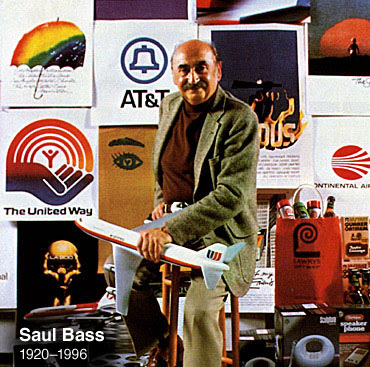 Oddball Films and guest curator Landon Bates bring you Saul Bass and the Creative Impulse, an intimate look at the work and processes of several seminal American artists, among them Saul Bass, the Titan of Title Sequences.  While not unacknowledged, one might contend that Saul Bass, a master of credits, hasn’t been duly credited himself.  So, we’ll begin the evening with an unusual, vaguely educational sort of short film, Why Man Creates (1968), directed by Bass.  This film, which won the Academy Award for Best Documentary Short Film in 1969, is a manically digressive, madcap essay that alternates between animation and live action (as did Bass’s title sequences), inquiring into that broad and most fascinating of topics, the creative impulse.  And, since this program is partially a tribute to Bass, Why Man Creates will serve the foundational function to it that Bass’s title sequences did for their films, announcing the theme.  Appropriately, our first case study is Bass himself, in Bass on Titles (1977), wherein he discusses his indelible contributions to such films as Man with a Golden Arm, It’s a Mad Mad Mad World, Seconds, West Side Story, Grand Prix, and Walk on the Wild Side.  This titillating talk is interspersed with the complete corresponding title sequences, a rare privilege to see grouped together and in isolation from the films.  The next creative workshop we’ll peak into will be that of Woody Allen, in Woody Allen: An American Comedy (1977).  If you missed Woody in town shooting on location for his next film, or simply didn’t get your fill, you needn’t despair.  See him up close in this film in which he discusses his creative process in delectable detail.  His comic influences, entry into film, writing style, and interest in jazz are all at play here, as are clips of such early classics as Bananas, Sleepers, Annie Hall, and Love and Death.  We’ll conclude our creative examination with USA Artists: Jasper Johns (1966), a meditative meeting with the gentle Johns, whose searing eyes and subdued demeanor slightly hypnotize as the painter muses on specific works, art in general, and remote existence in his sleepy South Carolina home. In sum, slough off your holiday hangover and come get inspired at Oddball in preparation for a new year! 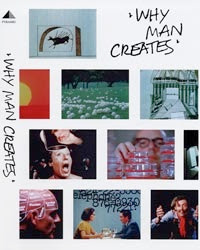 “I wanna make beautiful things, even if nobody cares.”

Why Man Creates (Color, 1969)
This inquiry into and celebration of the creative impulse was directed by Bass and won the Academy Award for Best Short Documentary Film in 1969.  Part informational essay, part creative explosion, it examines human creativity in its many varieties: from practical scientific applications to creativity for the sake of expression.  A series of explorations, episodes and comments on creativity, this film is one of the most highly regarded short films ever produced. Humor, satire, and irony are combined with serious questions about the creative process and how it comes into play for different individuals. A fascinating cornucopia of trenchant ideas and important truths, it’s transgressive and insightful, way-out and weird. 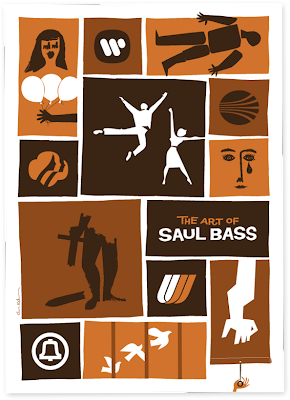 Bass on Titles (Color, 1977)
The work of Academy Award winner Saul Bass covers the full range of the design spectrum, from feature film titles, corporate logos and product design to making his own films about perception and creativity. In this film Bass talks about the evolution of the thematic title sequences that open and close many of the great productions of cinema.  The design of these symbols involves the search for an elusive visual statement which instantaneously communicates the film’s intent while generating public interest. Title sequences included are “Man With the Golden Arm”, “West Side Story”, “Nine Hours to Rama”, “It’s a Mad, Mad, Mad, Mad World”, “A Walk on the Wild Side” and more.


Saul Bass collaborated with the likes of Alfred Hitchcock, Stanley Kubrick, Martin Scorsese, Otto Preminger, and John Frankenheimer, creating an astonishing body of iconic title sequences.  Among the most celebrated are those for Vertigo, Psycho, North by Northwest, Seconds, Man with a Golden Arm, Anatomy of a Murder, Bunny Lake is Missing, Casino, Goodfellas, The Age of Innocence, Spartacus (though even this list constitutes less than a fourth of the total number of his titles).  Bass’s sequences realized the potential of the medium, transforming title sequences from obligatory lists of personnel into portholes that suck the viewer into the atmosphere of the film, announcing its style, mood, and often its themes, too.  These sequences didn’t merely supplement the films they served, they enhanced them, are essential components of them. 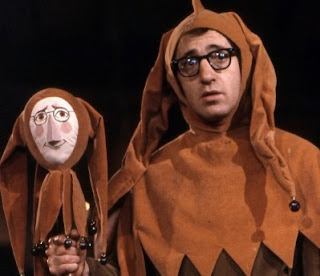 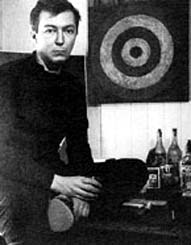 USA Artists: Jasper Johns (B+W 1977)
This fascinating film is as lyrical as it is informational.  Johns generously discusses his philosophical approach to painting, collage, and lithography, and is impressively unpretentious in so doing.  He discusses the liberating discovery of using extremely familiar references (e.g. the American flag) as  foundations for pieces, and his ambivalence when a piece is completed.  The film feels like spending an afternoon with a friend.  A perfect supplement to the current MOMA exhibition.

Curator’s Biography:
Landon Bates is a UC Berkeley graduate, has worked on several documentary film projects, is the drummer for the duo Disappearing People, and is a cinephile whose devotion to movies knows no bounds.