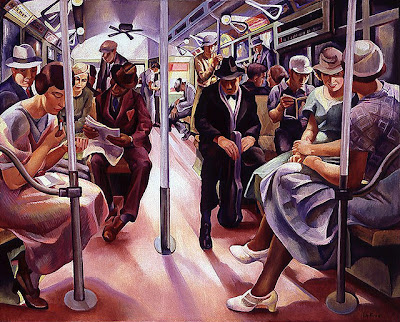 Oddball Films brings you The Hard Times Revue: Depression-Era Diversions, an evening of cartoons, musical numbers and ephemeral oddities from the 1930s.  One of the darkest decades of the 20th Century, America in the 1930s faced untold hardships like the Great Depression and the Dust Bowl and cinema supplied a much-needed diversion, but could never quite shake the bleakness of the times.  This program of vintage films highlights the struggle of the American people and the fantasies invented to alleviate their hardships.  Betty Boop gets hooked on smack in the blackballed cartoon interpretation of the Cab Calloway song Minnie the Moocher (1932).  7 year-old Sammy Davis junior shines as he sings and dances his way to the Oval Office in the controversial all-black musical comedy Rufus Jones for President (1932).  Spencer Tracy imagines a haunting, writhing Hell in Dante's Inferno (1935).  George Pal will knock you off your feet in his art deco puppet wonderland in the early Puppetoon Cavalcade of Music (1934).   The famous talking Tiffany Chimps get into hilarious anthropomorphic antics, make an ass of yourself, playing Donkey Baseball (1935) and bundle up with Duke Ellington in Bundle of Blues (1933).  Plus timely newsreels, musical surprises and so much more! 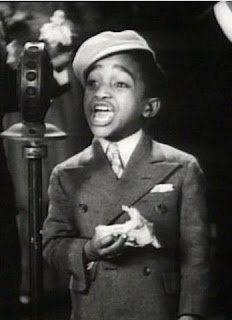 Rufus Jones for President (B+W, 1932)
The story of a young black boy who gets elected president, this musical comedy stars Ethel Waters and a 7 year-old Sammy Davis Jr. in the title role.  While rife with dated (and by today's standard's offensive) stereotypes, the film shows the dreams of a young African American mother for her son to be elected President and for the upward mobility of black Americans.  Sammy Davis is incredibly adorable as he tap dances his way to the White House and Ethel Water's beams as she sings through her daydreams.  Political correctness aside, it's an important, endearing and entertaining film and little Sammy is not to be missed. 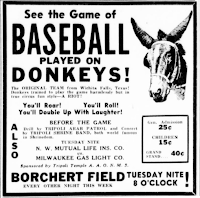 Donkey Baseball
(B+W, 1935)
Learn the rules of a great-ass pastime! This classic piece is narrated and directed by Pete Smith, who was awarded an honorary Oscar (in 1954)--for "pungent observations of the American scene," which can be found throughout his so-called 'Specialty' series for MGM.

Cavalcade of Music
(B+W, 1934)
Creative force behind some of the most creative monsters in Fantasy film, Hungarian exile George Pal began his career pioneering a method of stop-motion used in his series of Puppetoons, earning him seven consecutive Oscar nominations. In one of his earliest Puppetoons, Cavalcade of Music, Pal creates an epic spectacle of music and dance all with carved wooden puppets. From the chic Art Deco bandstand, to an entire puppet jazz orchestra, to a puppet can-can, this film overwhelms with its imagination and scope. 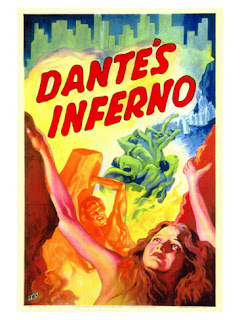 Dante’s Inferno (B+W, 1935)
This 1935 version of the afterlife stars Spencer Tracy, and claims “It Will Burn Itself In Your Memory Forever”. This excerpt features a nearly filmic interpretation of the fires of the netherworld. In the age of Busby Berkeley musicals, this Hell is chocked full of writhing beautiful yet tormented souls.