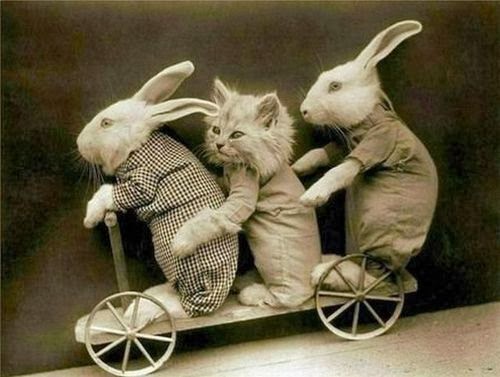 Oddball Films and guest curator Lynn Cursaro present A Salute to Cute: When Bunnies Go Wild! a precious night of vintage 16mm films featuring the cutest of the cute. From live-action bunnies to stop-motion mice, we are breaking open the vault on adorable to celebrate all things cute and fuzzy.  A burrowing critter reaches for the sky in the shimmering The Mole and the Green Star (1970) from beloved Czech animator Zdenek Miler. Adventures of Bunny Rabbit (1974) is a live-action orgy of twitching noses. Tiny puppet ants warn of the dangers of Poison in the Home (1970s). Courtly singing mice make sweet treats from The Rolling Rice Ball (1965), based on a Japanese folktale. Depression-era sweetheart Shirley Temple takes a saucy turn as a half-pint harlot in Polly Tix in Washington (1933). A squeaky message of puppet tolerance is the pay off in New Zebra in Town (1970). Tweety, Warner Brothers' standard-bearer of ‘dorable, hides out in Room and Bird (1951). A girl daydreams a playdate with a carousel lion in the dollhouse world of Imagination Film (1977) from the USSR. Plus!  More adorable surprises and complimentary homemade sweet treats for all, including fluffy pink marshmallows and traditional gingerbread lions from the kurator’s kitchen. 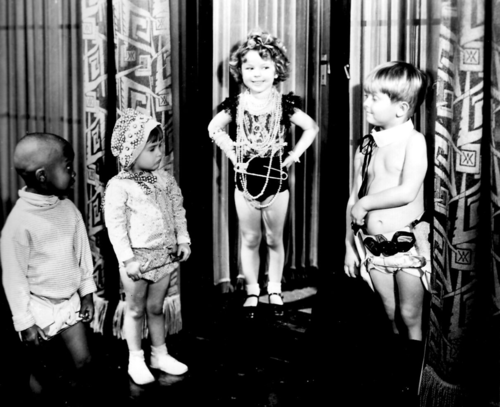 Polly Tix in Washington (1933, B+W, Charles LaMont)
Shirley Temple later called this film "a cynical exploitation of our childish innocence." In her autobiography Shirley Temple Black recalls the plot: "I was a strumpet on the payroll of the Nipple Trust and Anti-Castor Oil Lobby. Mine was the task of seducing a newly arrived bumpkin senator."  This “Baby Burlesk” casts a group of toddlers in adult roles. Temple makes a good stab at Mae West-style banter and the result is cringe-worthy, pre-Code strangeness. Being ambassador to Ghana and Czechoslovakia was never like this!
The Mole and the Green Star (1970, Color, Zdenek Miler)
The Mole digs up a glittering gem while Spring cleaning and mistakes it for a star! Determined to return it to its rightful place in the heavens he enlists the aid of his woodland neighbors. But don’t ever trust a magpie with your treasures! Czechoslovakian animation master Zdenek Miler made his delightful Mole cartoons for over twenty years, and they are as enchanting as ever. Features the best ass-kicking by animated robins you’re ever likely to see.

The Yakimo gang is back with a furry lesson in acceptance, from the Forest Town Fables series. The inter-species harmony Forest Town and the puppet inhabitants it's so famous for breaks down when Zabar the Zebra comes to play. When the stranger seems to be besting them at an art project, Coslo and his friends start hating on each other in their own special, squeaky way.

Home is where the heart is, as well as the household cleansers and the medicine cabinet. Who better to warn us of potential poisons than a family of marionette ants, touchingly over-concerned with the well-being of the people who try to kill them?  Delightfully offensive and in Technicolor!
Imagination Film  (1977, Color)
Soviet Cute-ness!  An impossibly darling little girl and her carousel-lion playfriend join forces to chase the winter blahs. Rendered in the sweetest stop-motion you'll ever see, this atmospheric exploration of childhood daydreaming will haunt your Christmas!
The Rolling Rice Ball (1965, Color, Gakken Films)
Singing and dancing mice! Itty-bitty treasures! Mochi pounding! What more could you want from a stop-motion folktale? When a gentle woodcutter shares his humble lunch with a mouse colony, their magical world opens to him. Boy, do those mice know how to party! Will the good times be undone by a greedy hunter? A classic from Japan.
Room and Bird (1951, Color, Fritz Freleng)
If Tweety Bird isn't the cutest character in the Looney Tunes universe, we don’t know who is! Owning a pet canary who has a stalker as manic as Sylvester must make apartment hunting rather hard for Granny. She sneaks her yellow friend into the "pet-free" Spinster Arms Hotel and all the usual Freleng chaos ensues. Non-stop chases, a livid house detective and beautifully rendered backgrounds make this a winner.
Adventures of Bunny Rabbit (1984, Color)
A color remake of Encyclopedia Britannica’s 1937 classic! The pairing of live-action nature photography and a storybook style narration are a one-two punch of extreme twee! We meet the new-born Bunny and watch as he grows into a rascally rabbit. Tempted by talk of tender lettuce in the farmer's greenhouse, he goes a-wand’ring and ends up in the world's daintiest jail!

For early arrivals:
The Ball That Wanted To Play (1971, color, 9 minutes)
It’s really very simple: the ball wants to play! As he bounces around a quiet English village, he tries to coax the toys he encounters to come out and have some fun. All prove to be completely uninterested, even a frisky pup! Is there any relief for this frustrated orange sphere? 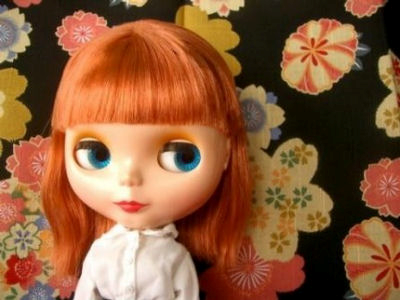 Lynn Cursaro is a local film blogger. Over the past two decades, she has worked in research and administrative positions a variety of Bay Area film organizations.
About Oddball Films
Oddball films is the film component of Oddball Film+Video, a stock footage company providing offbeat and unusual film footage for feature films like Milk, documentaries like The Summer of Love, television programs like Mythbusters, clips for Boing Boing and web projects around the world.
Our films are almost exclusively drawn from our collection of over 50,000 16mm prints of animation, commercials, educationals, feature films, movie trailers, medical, industrial military, news out-takes and every genre in between. We’re actively working to present rarely screened genres of cinema as well as avant-garde and ethno-cultural documentaries, which expand the boundaries of cinema. Oddball Films is the largest film archive in Northern California and one of the most unusual private collections in the US. We invite you to join us in our weekly offerings of offbeat cinema.
Email ThisBlogThis!Share to TwitterShare to FacebookShare to Pinterest
Newer Post Older Post Home