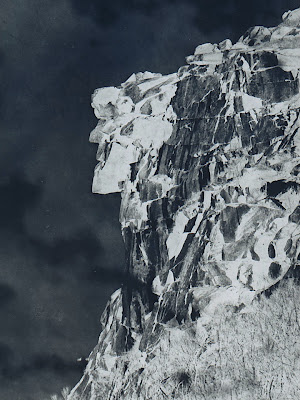 Oddball Films welcomes filmmaker Kerry Laitala for An Elemental Evening of Psycho-Geography.  Animator, photographer, moving image artist and teacher Kerry Laitala has been a local San Francisco filmmaker for 19 years, but her roots are in New England. She recently spent a summer revisiting the region, especially investigating the Franconia Notch area of New Hampshire, where tourists once flocked to view a naturally-occurring stone formation known as the Old Man Of The Mountain, until it toppled ten years ago. Ms. Laitala is now in the process of making an artwork inspired by the "Old Man" and its missing mark on the landscape. She will give us a first look at some of the audiovisual materials she has collected on the subject. She'll also show films from her personal collection of 16mm prints, including the 1924 Epic Of Everest, a documentary record of a failed attempt to climb to the world's highest mountain summit, and Cine Wanderings In The White Mountains, a unique peer into the region of New Hampshire's "Old Man" in his heyday of the 1930s. These two works will be accompanied by live original music by Brian Darr. Laitala also will screen another wintry landscape work shot in the ghost town of Bodie, California, as well as her meditation on mortality Secure The Shadow, 'Ere The Substance Fade (1997). 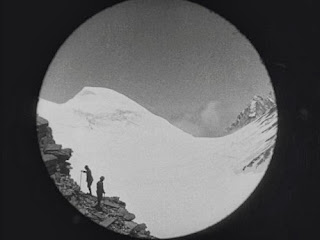 The Epic of Everest (B+W, 1924)
The third attempt to climb Everest culminated in the deaths of two of the finest climbers of their generation, George Mallory and Andrew Irvine, and sparked an on-going debate over whether or not they did indeed reach the summit. Filming in brutally harsh conditions with a hand-cranked camera, Captain John Noel captured images of breathtaking beauty and considerable historic significance.  –BFI 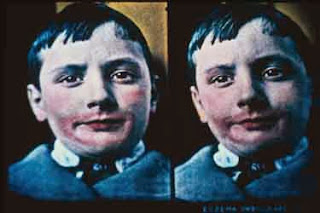 Secure the Shadow...'Ere the Substance Fade (1997, Kerry Laitala)
Secure the Shadow is a meditation on disintegration and mortality. The film utilizes antique Medical stereoscopic images from the Victorian era, which are simultaneously disturbing and beautiful. My intention was to attempt to reveal universal truths about the overwhelming quality of disease to render us ultimately mute, immobilized within a corporeal shell that has succumbed to imminent forces beyond our control. I also wanted the film to address the myth that dignity is automatically restored upon when facing death. In analyzing the original function of the stereoscopes, I intended to expose their classificatory nature. These anonymous subjects were reduced to paradigms of pathology, embalmed in time within their exterior presence. By rephotographing them on the optical printer and placing them in a mythical home, I was attempting to reanimate these visages to ensnare them or allow them to roam free on the surface of celluloid. Absence transforms to presence as the latent image reveals the manifest content, the slippery territories in between unraveling like the threads joining the crazy quilt that joins images together. An anachronistic Victorian sensibility places the images in a chimerical, historical context that embodies the film with a mind that is paradoxical and alien to our 21st century perspective. The title "Secure the Shadow. ..'Ere the Substance Fade, let nature imitate what nature has made", comes from a 19th century post mortem photographer who advertised his services. This reference speaks about the function of photography of as a democratizing medium that assists in the process of mourning and serves as a physical reminder of loss. 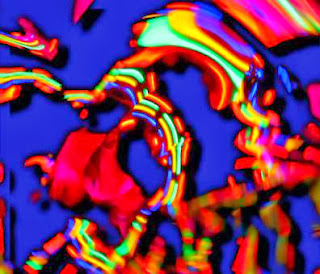 About Kerry Laitala:
Media archeologist Kerry Laitala is an award-winning moving image artist who uses analog, digital, and hybrid forms to investigate ways in which media influences culture at large. Laitala’s work resides at the intersection between science, technology, and her uncanny approach to evolving systems of belief through installation, photography, performance, kinetic sculpture, and single channel forms. She continues to explore expanded cinema territories to create cinematic sculptures that extend into the space.