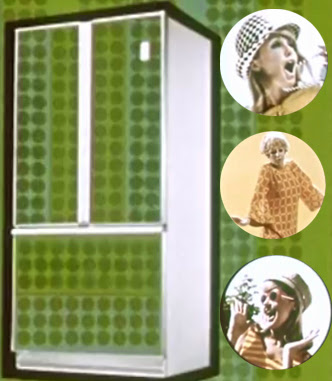 Oddball Films and curator Kat Shuchter present Product Pandering - The Wild World of Vintage Promotional Films with the most jaw-dropping, visionary and camptastic promotional films of the archive. From clothes to cars, technology to tunes, these stunning time capsules of antique innovations will make you marvel, laugh and covet the beautiful goods of yesteryear.  Rolex brings us a dazzling Technicolor chronology of man's progress to tell time, using stunning microphotography and stop-motion animation in The Story of Time (1951).  Turn your kitchen into a swingin' go-go party with Westinghouse's refrigerator covers in Oddball favorite Match Your Mood (1968).  Road trip across the country with three stylish gals, who got all their twin sets, gowns, and bathing suits at Penney's, in the Monsanto (!) sponsored The Scenemakers (c. 1960).  Step right along with Sunsteps (late 1940s), a vintage shoe-enthusiast's Kodachrome dream from the BF Goodrich company.  And while we're in Kodachrome dream land, RCA brings us an inside look into their electron tube factory and the process of pressing vinyl in an eye-popping excerpt from our exquisite print of The Challenge of Tomorrow (1964). Learn to heal what ails you (and your begoggled baby) with a hand-held wonder lamp in Sun-Healing: The Ultraviolet Way (1930s). Princess Cruises wants you to know how a cruise can make All The Difference in the World (1970's) and the grandiose narrator is willing to pound it into your head with the help of a staff and clientele in the shortest of short-shorts.  Motown is in the business of selling stars, and they want you to keep on truckin' with former Temptations singer Eddie Kendricks (1973).  Jam-Handy gives us a loving tribute to the transmission on a 1951 Chevy, with the stunning The Velvet Glove.  Plus, more surprises for the early birds! Everything will be screened on 16mm and in most cases from uncirculated and therefore pristine prints. 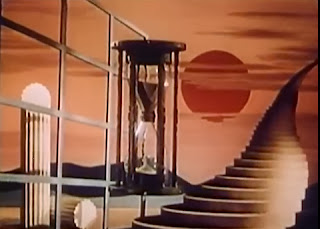 The Story of Time (Technicolor, 1951)
In 1949, the watch manufacturer Rolex released this Technicolor wonder of animation, stop-motion, and miniature sets, achieving far more than a simple plug of their product. From the dawn of man to the modern machine, we glide through striking images with expert ease. Exquisite like their wares, Rolex’s dazzling tribute to man’s pursuit of time is sure to impress. 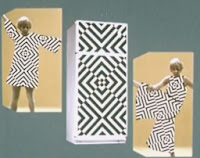 Match Your Mood (Color, 1968)
Wild, amazing promotional film by Westinghouse touts the latest fad: decorative pop art/psychedelic refrigerator covers.  Transforms any kitchen into a swinging go-go party! Jaw-dropping visuals and a groovy soundtrack will make you wish you lived in the 60s! 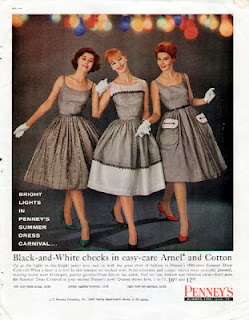 The Scenemakers (Color, 1960)
An unintentionally hilarious long-form commercial presented by Monsanto and J.C. Pennies.  See America in style with Jan, Jill and Amy, three gals crossing the country, but always making sure to dress their best.  The ladies take a ride on the Delta Queen river boat in their sporty twinsets.  They tour a plantation in long evening gowns. One meets a gambler with an eye patch and plays blackjack. They change into short cocktail dresses and go to a nightclub in the French Quarter to listen to ragtime and jazz. They take a drive through Pikes Peak National Forest in a convertible and wear cowboy hats. They go to a beach in California, model their bathing suits, then build a bonfire in cable knit sweaters. They drive the convertible to San Francisco and stay at the Mark Hopkins Hotel. They ride a cable car in stylish daytime suits and dresses and go to the Japanese Tea garden, and drive down Lombard St. They fly home in style on an American Airlines jet, undoubtedly to buy more stylish clothes from Penney's. 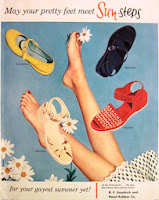 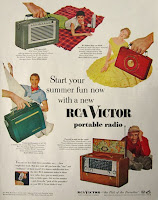 Eddie Kendricks (1973, Color)
Punchy promo film produced by Motown Records featuring the funky former singer of the Temptations in action as well as interviews with Smokey Robinson and Mary Wells of the Supremes and a live performance of Keep on Truckin'.

Sun Healing: The Ultraviolet Way (c. 1930s, B+W)
A Los Angeles firm tried to sell the healing powers of the sun with this sinister-looking hand-held lamp. Trust us, it's safe, requires just minutes each day and it’s great for the whole family! The before-and-after shots and flimsy statistics are bolstered by scenes of ordinary folks gracefully waving the miracle product over themselves and their children. A jaw-dropping must-see parody of itself. 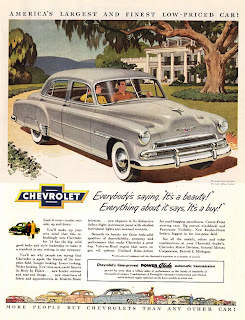 The Velvet Glove (B+W, 1951)
Jam Handy Organization industrial/promotional film produced for General Motors, in this case for Chevrolet “smooth as a velvet glove” transmissions (and not at all a sexual euphemism).  Stunning print of a lovingly shot subject with lots of great close-ups and animated models.


Our films are almost exclusively drawn from our collection of over 50,000 16mm prints of animation, commercials, educational films, feature films, movie trailers, medical, industrial military, news out-takes and every genre in between. We’re actively working to present rarely screened genres of cinema as well as avant-garde and ethno-cultural documentaries, which expand the boundaries of cinema. Oddball Films is the largest film archive in Northern California and one of the most unusual private collections in the US. We invite you to join us in our weekly offerings of offbeat cinema.
Email ThisBlogThis!Share to TwitterShare to FacebookShare to Pinterest
Newer Post Older Post Home