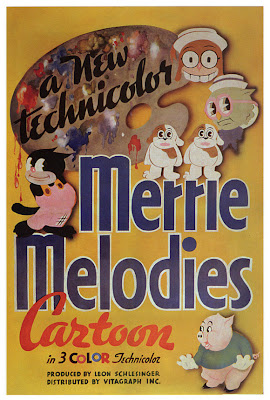 Oddball Films and curator Kat Shuchter bring you Classic Cartoon Cavalcade, an evening of some of our very favorite classic cartoons hand-picked from the San Francisco Media Archive's massive collection.  From the kooky to the spooky, silly to the sexy with a little Lo*ney Tunes, Merrie Melodies, UPA, Tex Avery, Fleischer Brothers, Walt Di$ney and imitators, just to name a few.  Beginning where sound cartoons began, Walt Di$ney and Ub Iwerks' Steambo@t Willie (1928) not only introduced synchronized sound to the world of cartoons, but introduced the world to Mi©key Mouse. After the wild success of Steambo@t Willie, the animation world was abuzz with Mickey imitations, like the train conducting fox of Rudolph Ising's eternally peppy Smile, Darn Ya Smile (1931) and Tex Avery's "Beans" in the solid gold short Gold Diggers of '49 (1935).  Toontown's original leading lady, Betty Boop loses her top for Bimbo, the junkman, in the Fleischer Brother's Any Rags (1932).  Comic book sweetheart Little Lulu gets a nasty blow to the head that causes celebrity-filled hallucinations in The Babysitter (1947).  Mr. Magoo befriends a tennis-playing walrus in UPA and John Hubley's hilarious Fuddy Duddy Buddy (1941).  Bugs resorts to word games and cross-dressing when he has to contend with Elmer Fudd and Daffy Duck in Chuck Jones' Rabbit Seasoning (1952).  Pepe Le Pew's will make you swoon in another Chuck Jones masterpiece and the Academy Award-winning For Scent-imental Reasons (1949).  Then it's a double shot of Friz Freleng, with his Depression-era He Was Her Man (1937) and the progressively eco and gay friendly Goofy Gophers in (the uncensored) Lumber Jerks (1955).   Plus, the goofy entomological oddity Bug Parade (1941), a wacky lesson in the similarities between animals and humans in Unnatural History (1957), and the mind-blowing Di$ney treatise on music for the first-half of the 20th century A Symposium on Popular Songs (1962) for the early birds, and even more surprises! 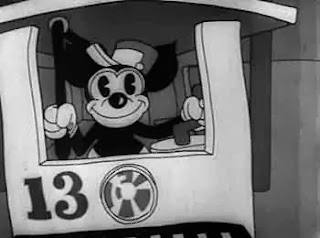 Smile, Darn Ya, Smile (1931, Rudolph Ising, B+W)
Streetcar routes in Merrie Melodies are off the rails!  Foxy can take the challenge of hefty hippos or wayward cows in his stride when he has the jaunty title tune to keep him bouncing along. Loaded with the surreal touches that give any era a roaring 20’s jolt, it’s a must-see cartoon classic. 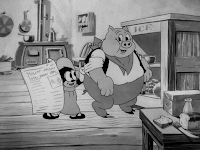 Gold Diggers of ‘49 (1935), directed by Tex Avery, was animated by Bob Clampett and Jones in their early days at Warner Brothers. Early Looney Tunes star “Beans” finds a mother lode to share with the town only to end up in one wild chase when it gets snatched! 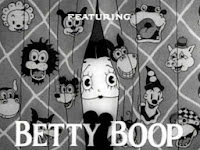 Any Rags (B+W, Fleischer Brothers, 1932)
When you want a strong female lead, authentic jazz soundtracks and hyper-surreal imagery, you need look no further than the Fleischer brothers, and this trash to treasure classic does not disappoint.  The rag man's got eyes for Betty Boop, and if he can make enough money from auctioning off people's trash, he just might win her heart.  Watch for Betty's Pre-Code Wardrobe Malfunction!

Little Lulu in The Babysitter (Color, Seymour Kneitel, 1947)
Bizarre Little Lulu cartoon- Lulu is taking care of a very naughty baby who won’t stay in his crib.  When Lulu hits her head while chasing him, she dreams a visit to the fabled Stork Club night spot- where all the famous Hollywood guests and musicians are babies… a weird one for the ages! 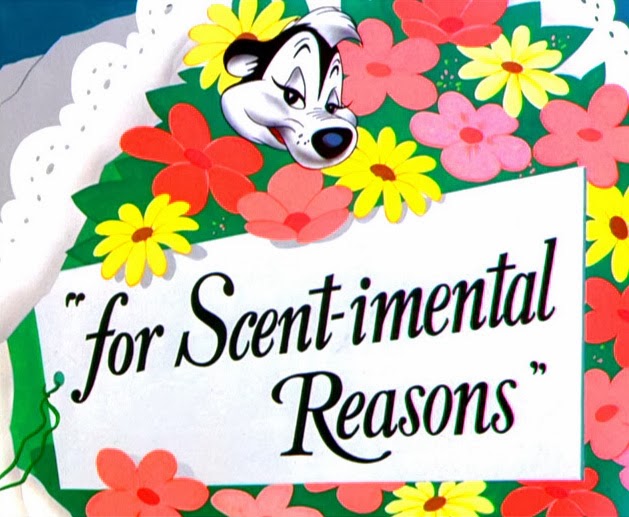 “It is love at first sight, is it not?” asks Pepe Le Pew of his tortured love object in this early entry in the beloved Merrie Melodies cartoon series. The distraught Penelope Pussycat flees Pepe’s unabashed advances until a change of heart turns the tables on our odorous friend. Oddball’s print of the film includes an often-censored sequence of Pepe threatening suicide! With the iconic voice work of Mel Blanc, the cartoon won legendary animator Chuck Jones his first Academy Award for Best Animated Short Film.
Lumber Jerks (Color, Friz Freleng, 1955) 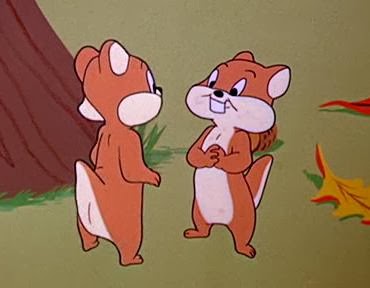 Featuring the “Goofy Gophers”, who have been called the first openly gay gophers in Hollywood. Aside from the intimation of behind-closed-doors cross-dressing, a scene where gas is siphoned from a truck was censored in later versions of this cartoon.

She sells apples on the street in the snow while he drinks beer upstairs.  She brings home the bacon but that’s not good enough for him.  When he goes off into the night, leaving her with no more than a note, she takes matters into her own hands.  This depression era Lo*ney Tunes short is progressive and full of archetypal renditions on gender politics-then and now. 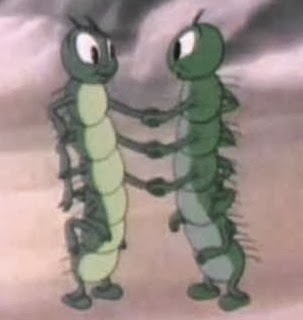 Bug Parade (Color, Tex Avery, 1941)
A cartoon spoof of educational insect films, this hilarious short brings us an unending stream of visual puns, from the tried and true "horse-fly" to a wasp losing her corset and hence her waspy figure. 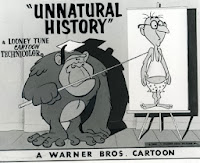 Professor Beest Lee gives a lecture entitled “Are Animals Human or Vice Versa?” He compares various animals to one another and speaks of their respective levels of intelligence in comparison with human beings.   Are dogs really loyal, he wonders?  And, how can it be that elephants are frightened of small animals?  Catch all the ridiculous examples in this show!

Mr. Magoo befriends a walrus, mistaking him for a human due to his bad case of myopia. They attempt to play tennis together. While the stupid detective tries catch the walrus, but inevitably fails. At the end of the day, Mr. Magoo and the walrus have become well acquainted with one another. 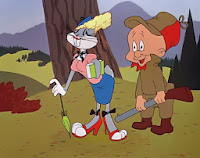 Daffy Duck tries to match wits with Bugs Bunny as they debate whether it’s rabbit hunting season or duck hunting season.  Elmer Fudd is totally witless in the exchange, especially when Bugs employs some tried-and-true cross-dressing to throw the hunter off his trail. 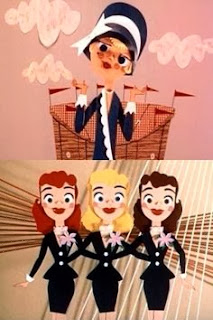