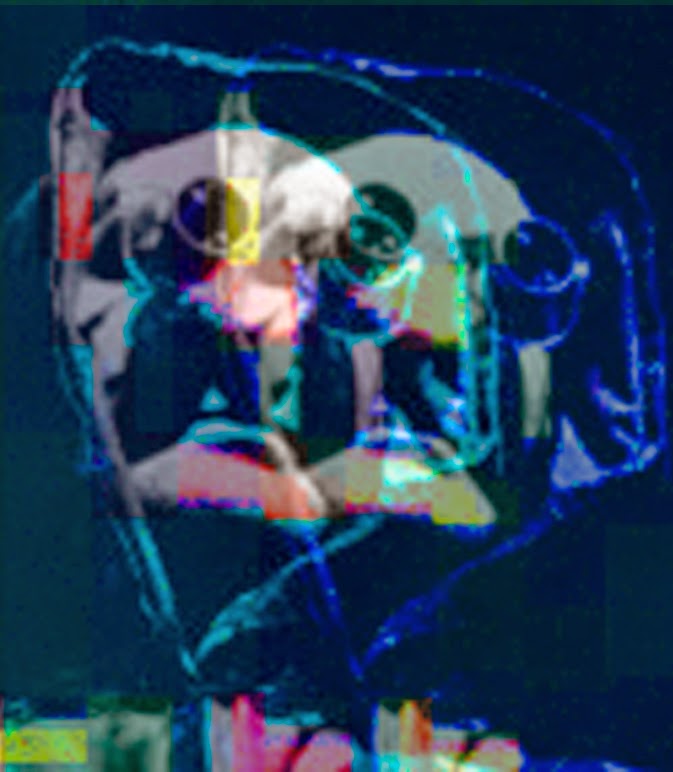 Oddball Films presents Strange Sinema, a monthly screening of new finds, old gems and offbeat oddities from the collection. Drawing on his archive of over 50,000 16mm film prints, Oddball Films director Stephen Parr has compiled his 76th program of classic, strange, offbeat and unusual films. This installment, Strange Sinema 76: Expanded Cinema features a tour-de-force of Oddball’s favorite short films-in a multiple projection format! Combing through the archive for multiple prints of his favorite films, Parr will expand the cinema experience by utilizing multiple projected overlays, tele-lenses, color filters, screen size manipulations and more. Source prints will all be double (and triple) projected, layered and remixed live in a one-of-a-kind multi-sensory surround cinema.  The films have been chosen for their rhythmic, sensory, animated, and multidimensional appeal and include some of Strange Sinema’s “greatest hits” such as Frank Film (1973) Frank Mouris’s Academy Award-winning stop-motion free-associative collage of 11,592 media images collected from magazines; A Dream of Wild Horses (1962), Denys Colomb Daunant’s cinematic poem featuring the wild horses of the Camargue District of France as they roam on the beach through fire and water; Rendezvous (1976), Director Claude LeLouche’s frenetic one take high speed dash through the streets of Paris; Time Piece (1965), the legendary surreal and rhythmic animated short, produced, directed, and starring M*ppet man Jim H*nson;  Blind as a Bat (1956), The Moody Institute of Science’s bat flight and echo location experiments; Cosmic Zoom (1968) Eva Szasz’s fantastic, “continuous” voyage utilizing the camera device of the zoom to conceptualize the immeasurable vastness of space and the ultimate minuteness of matter; Buck Dancer (1965) Alan Lomax’s rare mesmerizing musical and movement short featuring Mississippi fife player/buck dancer Ed Young and the Sea Island Singers; Pickles (1973) legendary Italian animator Bruno Bozzetto's brilliant animated montage featuring satirical and comical treatments of some of the world’s great preoccupations: advertising, drugs, television, hunger and more; Clay or Origin of The Species (1965) Eli Noyes’ eye-popping visual representation of Darwinism through clay; Pas de deux (1968) Norman McLaren’s optical superimposition two dancers become pure embodiments of light as multiplies the figures in this hauntingly scored hypnotic and unforgettable film; Tanka (1971) optically printed Tibetan scroll paintings create a cyclical vision of ancient gods and demons, an animated journey through the image world of the Tibetan Book of the Dead; and No. 00173 (1966), a stark and brilliant metaphorical art film by Polish director Jan Habarta. Plus! On Projector #3-Time-shifted fragments from Chris Marker’s La Jeteé (1962), one of the most influential and radical time-travel films ever made. 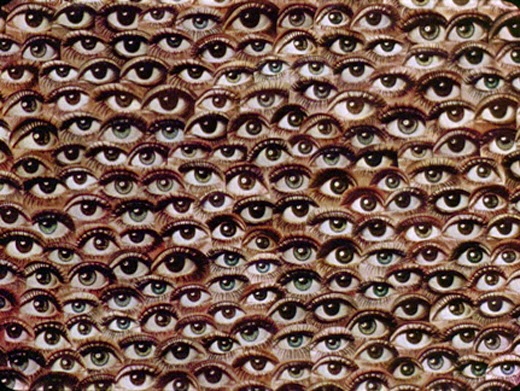 Frank Film (Color, 1973, Frank and Caroline Mouris)
An autobiography of Frank Mouris and a stop-motion free-associative collage of 11,592 media images collected from magazines, which shift and mutate across the screen as Mouris reads a list of words starting with the letter "f". The words bounce off the images and trigger memories, which Mouris recounts on a second track, interwoven with the recitation. Mouris received an Academy Award and the film was selected in 1996 for inclusion in the National Film Registry. Frank Film, because of its innovative and energetic use of collage, has exerted an influence on succeeding generations of animators.

A Dream of Wild Horses (Color, 1962, Denys Colomb Daunant)
aka Le Songe des Chevaux Sauvages
This landmark short film is a cinematic poem which uses slow motion and soft focus camera to evoke the wild horses of the Camargue District of France, showing them as they roam on the beach through fire and water, biting and kicking one another. The raw yet elegant physicality of the horses in motion is breathtaking and euphoric.

Rendezvous (Color, 1976, Claude LeLouch)
In 1976, at the end of a film shoot, Director Claude LeLouch (A Man and a Woman) found himself in possession of four things:  a camera with ten minutes of film left, a gyroscopically stabilized camera mount, a sports car, and an idea: to film a mad dash (at speeds up to 140 mph) through the early morning streets of Paris.  Denied the necessary permits, he shot the film guerrilla-style, in one take, with no special effects and no street closures.  No one was hurt, his subsequent arrest was brief, and the film has become a legend. One take, no film tricks- you won’t believe your eyes. 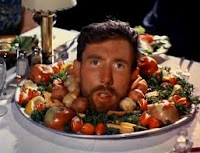 Time Piece (Color, 1965, Jim Hens@n)
This Oscar-nominated live-action short from M*ppets creator Jim H*nson is a rare treat, perhaps just for adults. Starring the young H*nson himself, a hospitalized man is sent through the ringer in this absurd commentary on modernity lost to the harried city around him, money, sex, food, industry, and most of all, time. Drawing on his prowess as puppeteer, H*nson crafts this surreal, racy, quick-cutting gem.  The percussion is by swing and bop drummer Ed Shaughnessy (who also appears) and was recorded by the legendary Blue Note Records engineer Rudy Van Gelder.

Blind as a Bat (Color, 1956)
The crackpot Christians at the Moody Science bat truck go on location to study the secrets of bat navigation. Their in-house “mammal abuse experiments” show us the science of bat radar. Somewhere between the explanations of echo location and the scenes where the bats themselves fly into walls, you’ll fall in love.


Eva Szasz’s fantastic, “continuous” voyage from a rowboat on the Ottawa river, upward and outward to a grand view of galactic flotsam, then back inwards through a rivulet of blood in the tip of a mosquito’s proboscis, to examine an atomic nucleus.  Remade a decade later by Charles and Ray Eames (Powers of Ten) with narration (and its jumping-off point moved to Chicago), then again as an Imax movie (Cosmic Voyage) with Morgan Freeman, Cosmic Zoom is where it all began.

Clay or Origin of The Species (B+W, 1965, Eliot Noyes Jr.)
Academy Award-nominated claymation short by Eli Noyes- an eye-popping visual representation of Darwinism through clay.  Noyes worked for Sesame Street in the 1970s, where he produced the beloved Mad Painter series (he also designed the MTV logo).

Tanka (Color, 1976, David LeBrun)
Produced and directed by David LeBrun; original score by Ashish Khan (sarod), Buddy Arnold (saxophone, clarinet, flute), Pranesh Khan (tablas) and Francisco Lupica (percussion). Tanka means, literally, "a thing rolled up". Tanka, photographed from Tibetan scroll paintings of the sixteenth to nineteenth centuries, is a cyclical vision of ancient gods and demons, an animated journey through the image world of the Tibetan Book of the Dead.

"With his dazzling TANKA David Lebrun has filmed a series of Tibetan paintings of mythological subjects and then programmed his footage into an optical printer to create the illusion of animation. The dazzling, vibrantly colored result is a series of dancing gods, wild revels, raging fires and sea battles between monsters." -- Kevin Thomas, Los Angeles Times

No. 00173 (1966, Color, Jan Habarta)
A stark and brilliant metaphorical art film by Polish director Jan Habarta that likely influenced the style and themes of the German group Kraftwerk.

One of the most influential, radical time-travel films ever made. Earth lies ruined in the aftermath of a nuclear war. The few surviving humans begin researching time travel, in hopes of sending someone back to the prewar world in search of food, supplies, and some sort of solution to mankind's imminent demise. The protagonist is a man whose retention of a single, vague childhood memory (that of witnessing a murder on the jetty at Orly airport) is the basis for his being chosen to travel back in time. His journey leads him towards an enigmatic and paradoxical destiny.