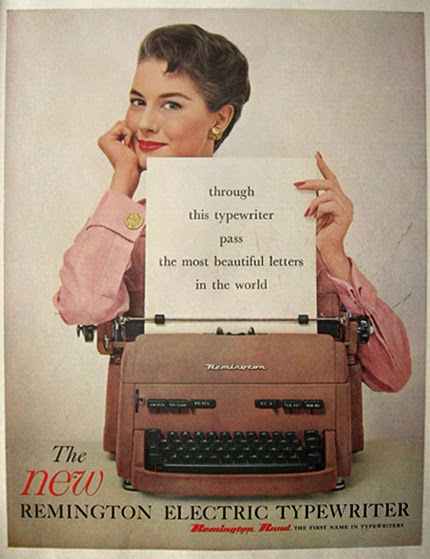 Oddball Films and guest curator Monty Cantsin present Type-Rites, a whirlwind cine-tour of typewriting: The World's Fastest Typist! The Bird That Could Type! Typewriter Percussion! And more! For one night only, we'll take in the sounds, sights, scenes (and sexual politics) of this beloved/outmoded (electro)mechanical device, by way of various nearly-forgotten artifacts of 20th Century cinema. A wide ranging program with forays into poetry, office rituals, letter-writing, and early computer technology, Monty Cantsin's live 90-minute multi-projector mix will include additional materials dug up from the Oakland-based stacks of 3TON Cinema as well as various reels on loan from San Francisco's Other Cinema. Highlights include: Type Right (1947), wherein there will be no hunt and peck; Alphabet (1966), an animated short by Oscar nominated Eliot Noyes Jr. (of Liquid Television fame, not to be confused with Eliot Noyes of 'IBM Selectric' fame); Ferlinghetti (1966), on that masked man of Chinatown; Stenographer (Girl Who Earns Her Own Living) (1914), an early Edison piece; The New Secretary (1928) a racy bit of antique French pornography set in an office; Do I Want to be a Secretary? (1954) (a valid question); What is a Word Processor? (1982), featuring John Cleese?! Plus: Stranger than Fiction; the IBM 3800; and Wing, Claw & Fang! Come early for an opening reception with special guest, local poet Zach Houston (& his trusty 1967 Hermes Rocket)! 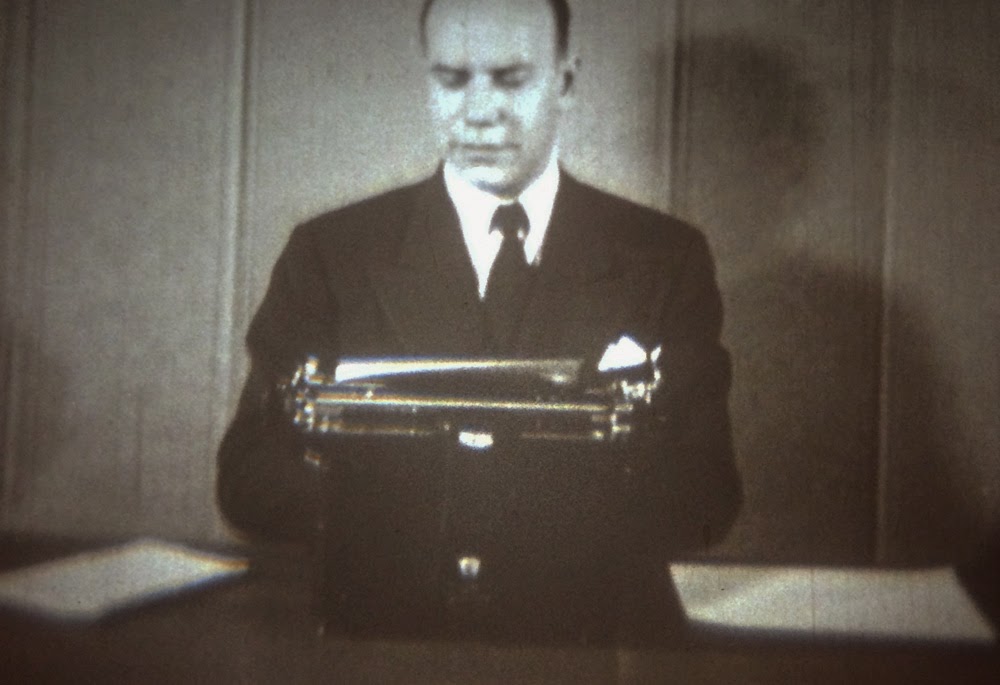 Alphabet (B+W, 1966)
Distributed by the National Film Board of Canada, this educational film (in which the alphabet comes to life) is an early work by an Academy Award nominated animator who would go on to contribute regularly to MTV's groundbreaking program Liquid Television in the 1990s. (Another fun fact: the name of the filmmaker--Eliot Noyes--is nearly identical to that of an American industrial designer who, five years earlier, was himself involved in the development of a classic typewriting machine: the IBM Selectric!)

Ferlinghetti (B+W 1966)
Excerpted from a longer Beat bio-piece (directed by Richard Moore for KQED), this clip is a marvelous slice of Sixties-era SF portrays the legendary poet/publisher tip-tappity-tapping away in his office as well as reciting poems out on the city streets.

Stenographer (B+W, 1914)
Produced by Thomas Edison and Co. and starring popular "photoplayer" Gertrude McCoy (pictured here), this is perhaps among the earliest portrayals of an American office space on motion picture film. (Though, unfortunately for us, the only typing machines are located just off-screen!)

The New Secretary (B+W, 1928)
This vintage stag film [--viewer discretion advised!] comes from Silent-era France and pulls no punches in its depiction of a young secretary who goes quite a long way to please her boss (without ever leaving the office).

Do I Want to be a Secretary? (B+W, 1941/1954)
One of the first educational films produced by Coronet Instructional Films, this short also features some creepy bossmen. But no nudity. Betty’s been showing some talent on the typewriter of late, so with the encouragement of her teacher and guidance counselor, and armed with the results ofher Vocational Interest Inventory, she decides to look into possible careers. Her neighbor’s a secretary in an office, so why not stop by and check that out? It looks like a fit!

What is a Word Processor? (Color, 1982)
It's almost too terrible to sit through (and we won't watch it all), but this British film introduces the viewer to the must-have features of that word-crunching wonder (shown here as an early gargantuan version) that'd go on to make the typewriter redundant. This early 80's industrial film is also noteworthy for it's co-star, a sort of poor man's John Cleese. (…No wait, that actually is John Cleese!?!)

Stranger Than Fiction (B+W, 1947)
An episode of this serial human-interest program (a humorous search for modern wonders of the world) which includes early footage of a Chinese typewriter with thousands of character keys (originally invented in 1946)!


Curator's Biography:
Montgomery Cantsin, co-founder of the 3TON Cinema Orphanage, is a Brooklyn-based intermedia artist and curator specializing in 16MM. Since 2008 he's worked as an archival researcher and editor for filmmakers such as Craig Baldwin and Bill Morrison. Since 1999 he's brought film programs and party visuals to galleries/venues around the country, including: Union Docs, The Spectacle Theater, 16 Beaver, ATA, New Nothing Cinema, and SOMArts Cultural Center. "Type Rites" is his fourth program for Oddball.

About Oddball Films
Oddball films is the film component of Oddball Film+Video, a stock footage company providing offbeat and unusual film footage for feature films like Milk and Behind the Candelabra, documentaries like I Am Divine, television programs like Mythbusters, clips for Boing Boing and web projects around the world.
Our films are almost exclusively drawn from our collection of over 50,000 16mm prints of animation, commercials, educational films, feature films, movie trailers, medical, industrial military, news out-takes and every genre in between. We’re actively working to present rarely screened genres of cinema as well as avant-garde and ethno-cultural documentaries, which expand the boundaries of cinema. Oddball Films is the largest film archive in Northern California and one of the most unusual private collections in the US. We invite you to join us in our weekly offerings of offbeat cinema.
Email ThisBlogThis!Share to TwitterShare to FacebookShare to Pinterest
Newer Post Older Post Home