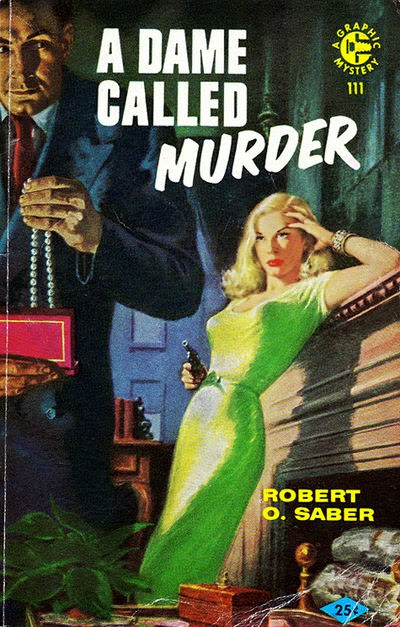 Oddball Films presents Dangerous Dames and Brutal Beauties, a 16mm program of witches, temptresses, murderesses, vampires, brawling convicts, derby dolls and more fearsome femmes.  Ida Lupino directs a witchy episode of Boris Karloff's Thriller - La Strega (1962), starring a then-unknown Ursula Andress who must shake her witchy past to fall in love with a handsome stranger. This tragic romance features palpable chemistry between Andress and Alejandro Rey, Jeanette Nolan's scene-stealing performance as one of the most authentically creepy witches ever with her coven of interpretive dancing witches, and (of course) loving close-ups of Andress' gorgeous face. Oscar winner Marie Dressler thwarts an escaped convict (or is it an Evangelist?) in the hilarious early talkie Dangerous Females (1929). Marlene Dietrich proves she has beauty and brawn when she belts out a tune and then belts a lady in a bar-brawl in an excerpt of Destry Rides Again (1939).  Private Eye Daffy Duck goes head to head with a red-headed and yellow-beaked femme fatale in The Super Snooper (1952). Gracie Barrie sings about matrimonial crimes of passion in the delightfully off-beat Soundie Stone Cold Dead in the Market (1946). Watch an all-lady prison riot in a dynamic excerpt of award-winning women's prison movie Caged (1950) and derby dolls face off in the rink in clips of vintage Roller Derby (1956), plus The Battle of the Burlesque Queens (1948) and more surprises.  Come early for Glynis Johns in the made-for-tv vampire tale Mrs. Amworth (1975). 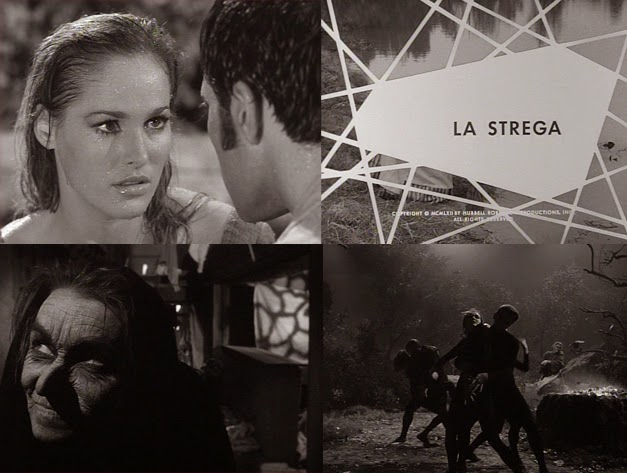 
Thriller - La Strega (B+W, 1962, Ida Lupino)
This all-star episode of Boris Karloff's Thriller features a then-unknown Ursula Andress as Luana, a young woman accused of being a witch in a small Italian village in the 19th century.  She is saved from an attempt on her life by a romantic young painter, Antonio (Alejandro Rey) who takes her in.  Romance is in bloom until Luana's grandmother (Jeanette Nolan in a scene-stealing performance), a real witch comes to curse the couple.  The episode is shot beautifully; it's moody and atmospheric with stark contrasts to illuminate Andress' pail beauty and coming from director Ida Lupino, this witchy melodrama has got it all; romance, art, witchcraft, creepy optical hallucinations and even a coven of interpretive dancing witches!

This hilarious early talkie from Paramount stars Oscar-winning character actress Marie Dressler. She and her maid (Polly Moran) hear a report of an escaped convict in the vicinity. When a stranger comes knocking, Dressler takes a page out of her mystery novel and decides to ply the man with brandy and ill-placed seduction. Marie Dressler was no great beauty, but her comedic timing and performance are nothing short of brilliant.

The Super Snooper (1952, Color, Robert McKimson)
Hard-Boiled Raymond Chandler Style Toon Action! Private Eye Daffy Duck turns up at the scene of the crime, only to have his every wacky effort to gather clues thwarted by a copper-haired femme fatale. Could this temptress be the guilty party? 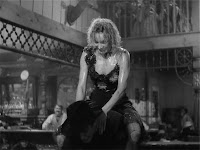 Destry Rides Again (B+W, 1939, excerpt)
Marlene Dietrich and Jimmy Stewart star in this classic western.  Dietrich is Frenchy, a lovely saloon gal with a cheeky dulcimer voice, while Stewart plays the titular role, a no-nonsense deputy with an eye for justice and an itch trigger-finger.  After Frenchy's performance of "You've Got That Look,"  a brawl ensues, bringing both lawman and lusty lady into the fray.


Roller Derby Excerpts (B+W, 1956)
Episode of the trash tv program features the Chiefs vs the Jolters. Watch the hard-hitting action, audience reation shots and see “Tuffy” hit the penalty box for her excessive roughness. They called this a sport? 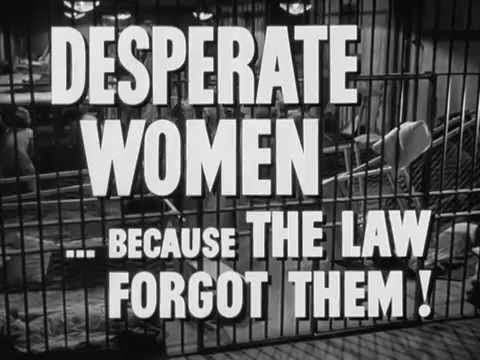 
Caged (B+W, 1950, excerpt)
An all-lady prison riot from what is considered the best woman's prison film ever made. The film represents a union between realistic socially conscious drama and the more stylized world of film noir. In fact for all it’s B-Movie appeal it was nominated for Academy Awards for Best Actress, (Eleanor Parker), Best Actress in a Supporting Role (Hope Emerson for her role as the malevolent butch matron) and Best Writing, Story and Screenplay. For her role Eleanor Parker won the Best Actress Award at the 1950 Venice Film Festival. Print dourtesy of the Jenni Olson Queer Archive. 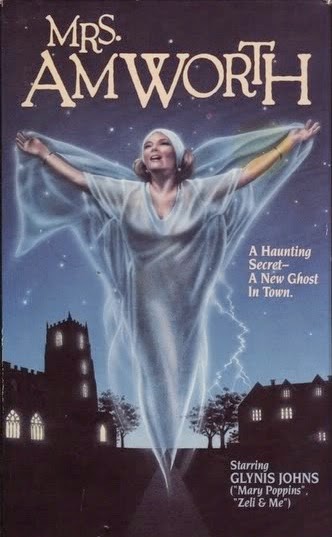 Mrs. Amworth (Color, 1975)
A small British town is plagued by a strange sickness the locals believe is transmitted via gnats.  One scientist is determined to get to the root of the problem, and finds himself running up against one of the oldest vampires in England, and what's more, she's the charming and effervescent Glynis Johns.