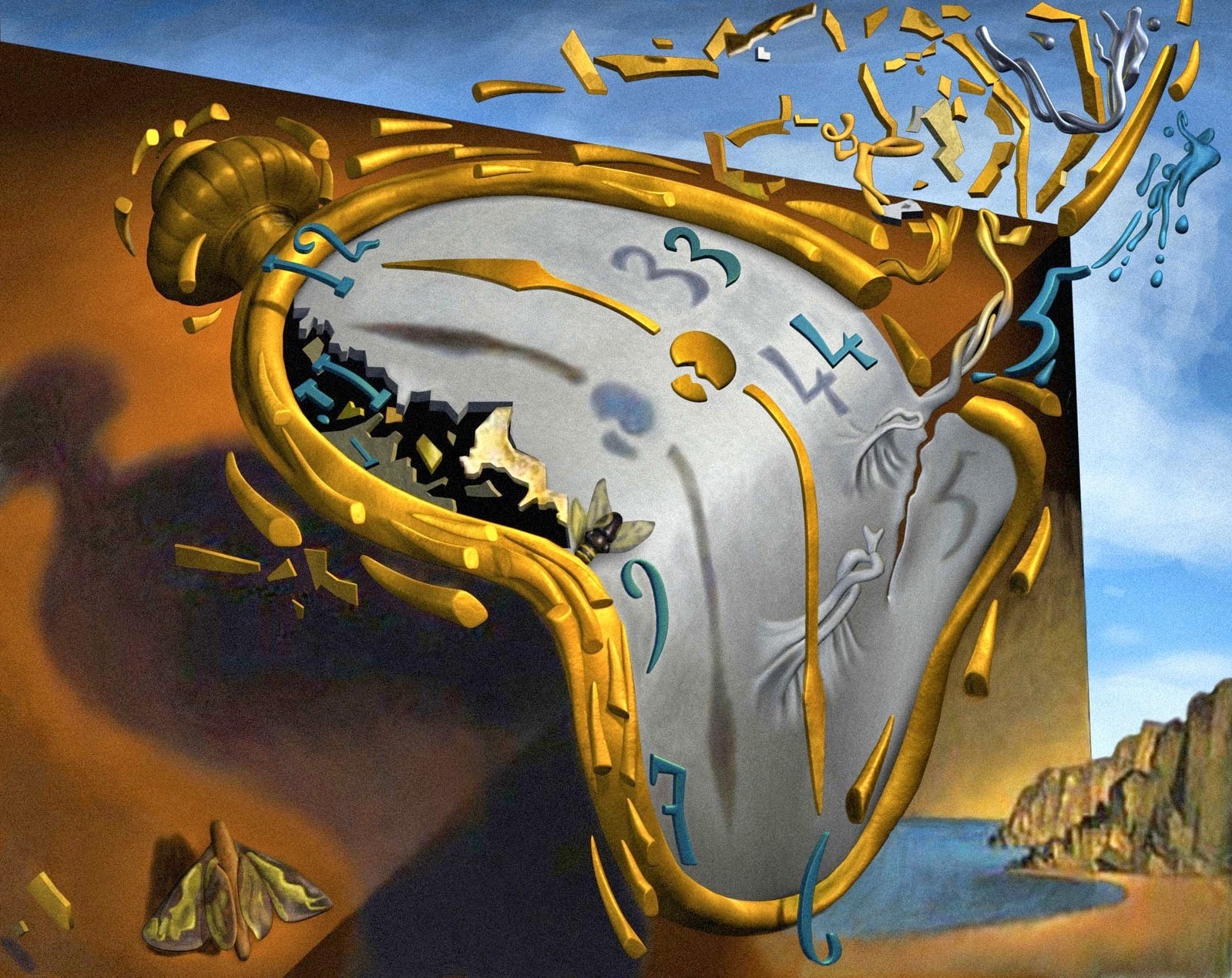 Oddball Films presents Strange Sinema 85,  a once monthly evening of newly discovered and avant-garde rarities from the stacks of the archive. Drawing on his collection of over 50,000 16mm film prints, Oddball Films director Stephen Parr has compiled his 85th program of classic, strange, offbeat and unusual films. This installment, Strange Sinema 85: Dada and Post-Modern Surrealism (The Land of the Melting Watches) features an eye-popping exploration of Dada and Surrealism including Marcel Duchamp and Man Ray’s stunning Anemic Cinema (1926), a visual cacophony of hypnotic puns;  L’Etoile des Mer aka The Sea Star (1928) Man Ray’s haunting, dreamlike ode to subconscious sexual desire;  Greta Deses’s  rarely screened Dada(1967), an astonishing profile of the dada movement featuring live performances, film excerpts, interviews and a live performance reenactment of the groundbreaking Cabaret Voltaire with Jean Arp playing the piano. The film features in-person appearances by Marcel Duchamp, a very rare and a eye-opening interview with the legendary Man Ray and much, much more. Other films include the legendary eyeball-slitting surrealist masterpiece Un Chien Andalou (1928) by Salvador Dali and Luis Bunuel; Orson Welles first experiments with surrealism-The Hearts of Age (1934); and post-modern shorts including Carson Davidson’s award-winning beatnik dada rhapsody Help! My Snowman’s Burning Down (1964) with jazz score by the Gerry Mulligan Quartet; Bill Plympton’s screwy award-winning animated Your Face (1987); and the jaw-dropping psychedelia-inspired surrealist animation of Fantasy (1971) by San Francisco filmmaker Vince Collins. Plus! The Salvador Dali-inspired cartoon Dough For the Do-Do (1949), a tribute to surrealism starring Porky Pig. 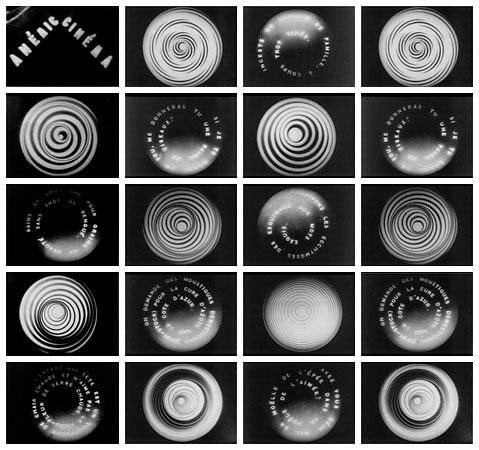 
“I have forced myself to contradict myself in order to avoid conforming to my own taste.”
-Marcel Duchamp

The only film to come from the founder of the artistic and literary Dadaism movement from 1916-1923 “Anemic Cinema” is an abstract and annalistic film short containing rotating circles and spirals interlaced with spinning discs of words strung together in elaborate nonsensical French puns. 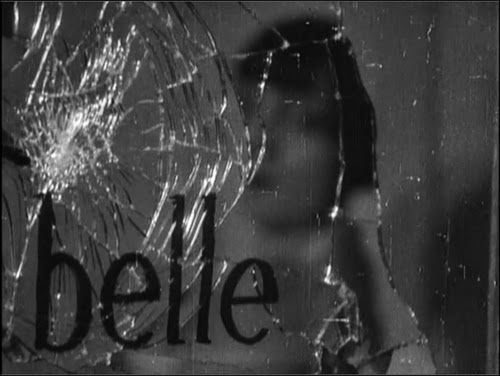 L’Etoile des Mer (Dir. Man Ray, B+W, 1928)
"Some of the most complete and satisfying works of art have been produced when their authors had no idea of creating a work of art, but were concerned with the expression of an idea." - Man Ray.

In the modernist high tide of 1920s experimental filmmaking, L’Etoile de Mer is a perverse moment of grace, a demonstration that the cinema went farther in its great silent decade than most filmmakers today could ever imagine. Surrealist photographer Man Ray’s film collides words with images (the intertitles are from an otherwise lost work by poet Robert Desnos) to make us psychological witnesses, voyeurs of a kind, to a sexual encounter. A character picks up a woman who is selling newspapers. She undresses for him, but then he seems to leave her. Less interested in her than in the weight she uses to keep her newspapers from blowing away, the man lovingly explores the perceptions generated by her paperweight, a starfish in a glass tube. As the man looks at the starfish, we become aware through his gaze of metaphors for cinema, and for vision itself, in lyrical shots of distorted perception that imply hallucinatory, almost masturbatory sexuality.-Donald Faulkner 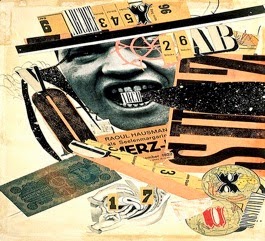 Dada (1967, B+W) Directed by Greta Deses
Arp declared:  “Tzara invented the word”. . . “on February the 6th 1916 at 18:00 hrs.  I was there with my twelve children when Tzara pronounced the word for the first time.  It was at the cafe de la Terrasse in Zurich and I had a bun in my left nostril.”
This brilliant (and rare) film celebrates 50 years of Dadist art and cinema, featuring a discussion about the history and influence of Dadaism from leading German, French and English exponents including live appearances by Marcel Duchamp, Max Ernst, Man Ray, Hans Richter, all considered some of the most influential and important artists of the 20th century. The film is peppered with film clips and examples of their works including a reenactment of a Cabaret Voltaire performance with Dadist Jean Arp playing piano. A bizarre and brilliant documentary rarely seen since its premiere at the 1967 Cannes Film Festival. 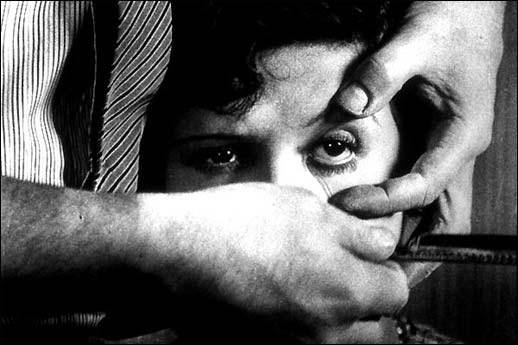 Un Chien Andalou (“The Andalusian Dog”, B+W, 1928)
Made in France by the brilliant Spanish director Luis Buñuel and the Spanish artist Salvador Dalí. Un Chien Andalou is one of the best-known surrealist films of the avant-garde movement of the 1920s. It uses dream logic that can be described in terms of then-popular Freudian free association, presenting a series of tenuously related scenes that attempt to shock the viewer's inner psyche. Its opening scene is one of the most famous in cinema history. 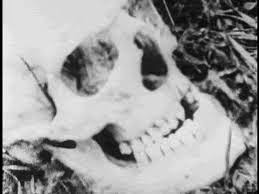 The Hearts of Age (B+W, 1934)
Back in the summer of 1934 Orson Welles, only 19 years old, joined up with William Vance, a high school friend, and shot The Hearts of Age. It ran eight short minutes and featured four cast members: Welles, Vance, Virginia Nicholson (Welles’ girlfriend and eventual first wife) and Paul Edgerton. Meanwhile, the plot was surreal, cryptic, hard to follow — all for a good reason. The film's action, such as it is, is intercut with random shots of bells, headstones, a church cross and other images, some times printed in negative.
In an interview with Peter Bogdanovich, Welles claimed that The Hearts of Age was nothing but a parody of Jean Cocteau’s first film, The Blood of a Poet (1930). It was also a “joke,” a film “shot in two hours, for fun, one Sunday afternoon. It has no sort of meaning.” Some d critics disagree and claim the film lays the foundation for Welles brilliant future work.

Help, My Snowman’s Burning Down (Color, 1964)
This academy award-nominated short (and winner of 14 international awards)  by Carson Davidson stars Bob Larkin (later in the cult film Putney Swope) as a Beatnik who lives on a boat dock off Manhattan with only bathroom furnishings.  A visceral tapestry woven together by stop motion and surreal special effects, this is a mind-bending film you can’t afford to miss.

This film set the style and started the career of famed animator Bill Plympton. One of the most popular short films ever made, it’s still showing all over the world. As a second-rate crooner sings about the beauties of his lover’s face, his own face metamorphosizes into the most surreal shapes and contortions imaginable. The music was written and sung by Maureen McElheron, then slowed to sound like a man’s voice because Plympton was too cheap to hire a male singer. Your Face earned an Academy Award nomination for Best Animated Short in 1988. 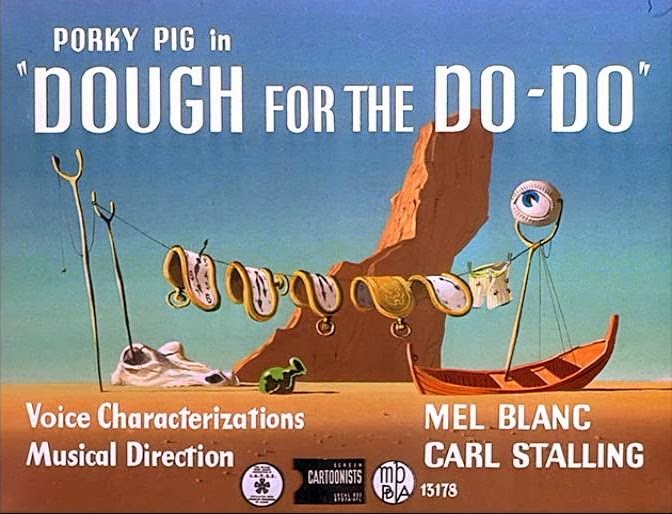 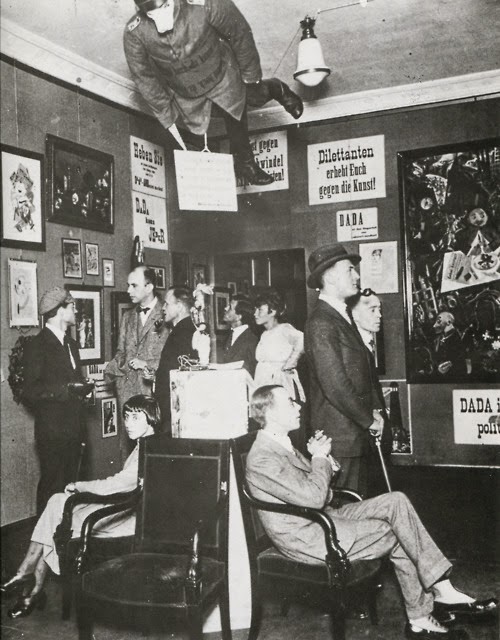