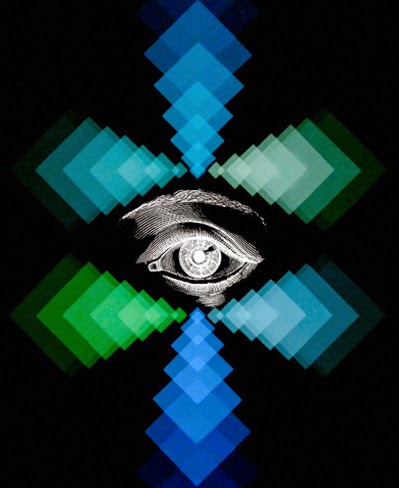 Oddball Films presents Optical Delusions, a night of mind-bending optical experimentation featuring the photographic tricks of Weegee, psychedelic science shorts, Op-Art and the viscerally kaleidoscopic imagery of Donald Fox, Peter Foldes and Pat O'Neill.  Legendary photographer Weegee teaches you how to manipulate images with a camera to create three-legged women and two-headed poodles in Camera Magic (1955). Donald Fox's optically printed Omega (1970) foretells the end of the world through a series of stunning images dissolving into ethereally apocalyptic visions.  Discover the eye-popping optical art of French-Hungarian op-art pioneer Victor Vasarely in the visually astounding documentary Who is Victor Vasarely? (1969).  Peter Foldes and the National Film Board of Canada bring us the first short made entirely out of computer-generated animation Hunger (1973); a dazzling and dark nightmare of metamorphosing images that gives new meaning to "eat the rich".  The NFB also produced Ishu Patel's geometric symphony Perspectrum (1974). Observe the science behind phi-phenomena, optical illusions and color constancy in Experimental Psychology of Vision (1941). Discover the secret scintillating world of Crystallization (1975) featuring incredible microcinematography of crystals forming to a groovy electronic score. In Pat O'Neill's optically-printed experiment 7362 (1967), obscured images of body parts and oil derricks pulsate in an intoxicating rhythm. Find out what happens when your vision is flipped upside down (and you're paid to live like that for two weeks!) in the imported "scientific" short Living in a Reversed World (1958).  You'll never look at your eyeballs the same again. 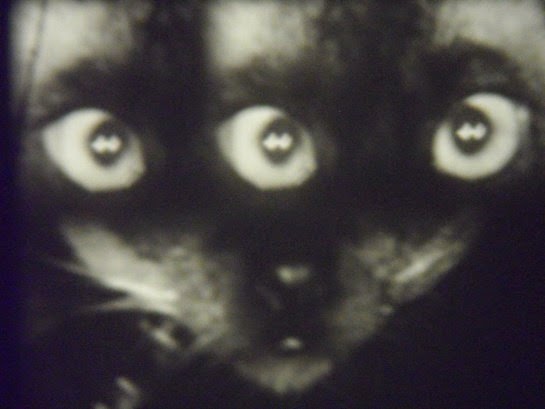 
Camera Magic (B&W, 1955)
The photographer Weegee, known for his stark photography of urban crime and tragedies, turned his attention towards moving images in the 1950s and ‘60s. Much like his photography, this short film adopts a sensationalism as he demonstrates optical illusions that he achieves through film editing, prisms, and different lenses. Weegee is shot with camera in hand, then disappears out of the blue… a poodle appears to have two heads, then a woman appears with three legs…  “They say the camera never lies… but it can stretch the truth in the hands of Weegee!”


An optical poem by West Coast experimental filmmaker Donald Fox this is a dazzling, highly original non narrative, exhilaratingly beautiful film. OMEGA deals with the end of mankind on earth, prophesying man's liberation from his earthly bounds to roam the universe at will. By sending an energy ray to the sun and harnessing its solar power, man is able to make an evolutionary leap. The film can be used to explore the outer limits of the concepts of death, evolution the afterlife, and the future of mankind. Phew! A source film that over 40 years later still inspires.

This rare documentary features French/Hungarian the legendary inventor of Op-Art (Optical Art) Victor Vasarely (1906-1997) filmed at his home, studio space and art exhibitions. The film is set in Provence, France and describes Vasarely's work, processes and theories on art through interviews with the artist and his writings. The film showcases his artwork and makes extensive use of his phenomenal use of geometric shapes
Check out his mind-blowing website here:http://www.vasarely.com/site/site.htm
For an interview with him:http://www.youtube.com/watch?v=Rs8ihV9LWfg.

Experimental Psychology of Vision (B+W , 1941)
A deftly delivered showcase of how vision operates. Closely illustrates the breadth, rhythm and qualities of the eye as it reads and deduces life. It also demonstrates a variety of optical illusions and gives a test to the audience at the end. Bring your red pen for this little gem.


Directed by award-wining filmmaker Carroll Ballard (The Black Stallion) this hypnotic non-narrative film explores the formation of crystals in liquids through the electron microscope under polarized light all set to an early 70s electronic sound score. Screened at the SF International Film Festival and winner of the Golden Gate Award in 1975.

7362 (Pat O'Neill, Color, 1967)
The languid rhythms of fades, dissolves and superimpositions permeate this masterfully dense film by famed avant garde filmmaker and auteur of the optical printer Pat O’Neill. This film preserved by the National Film Preservation Foundation and included in their dvd box set Treasures of the American Avant-Garde Film, 1947-1986.

“This film started out to be about the motion and sound of the oil derricks that once lined the beach in Venice, California. The derricks, which had been built during the oil boom of the 1920's, were made of wood and rusted iron, and were largely open and unattended. I was attracted to these towers by their moaning sounds, their heady aromas, and the consolation of the endless rising and falling of the pump heads. Somehow it seemed like prayer. The film came to contain a human body, and then moving objects, which I filmed in my studio: rotating and oscillating shapes whose outlines would merge with one another. But in a way the piece was really about re- photography - about making something out of ordinary parts using mechanical technology to reveal a glimpse of something uncanny.
Thirty-some years later, it seems to be about orgasms. Joseph Byrd, later of the United States of America (a band) made sounds on the fly from a primitive synthesizer. Burton Gershfield stopped by with a gallon each of yellow, cyan, and magenta developers from Technicolor, which were used to develop black and white, emulsion 7362”.-Pat O’Neill

A film without words produced for the National Film Board of Canada.  This animated short consists of simple geometric forms, as thin and flat as playing cards, but so arranged that a sense of perspective is conveyed. The effect is kaleidoscopic, but much more active, forming and re-forming constantly to the music. The koto, a thirteen-stringed Japanese instrument, is played by plucking the strings; the sound has a tinkling effect, synched to the glasslike shapes of the moving designs. Directed by famed Indian animator Ishu Patel with music by Michio Miyagi. 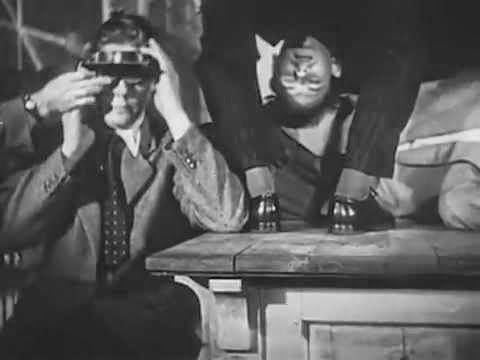 
An excellent re-rending of our external visual environment, directors and vision specialists Ivo Kohler and Theodore Erismann stitch the viewer into a weird world of screwy visual illusion and corky dystopia via the use of optical illusions.


You Bet Your Eyes (Color, 1974)
In an unintentionally surreal casino setting, this film urges us to stop gambling with our vision, and includes a wonderful display of vintage safety glasses.