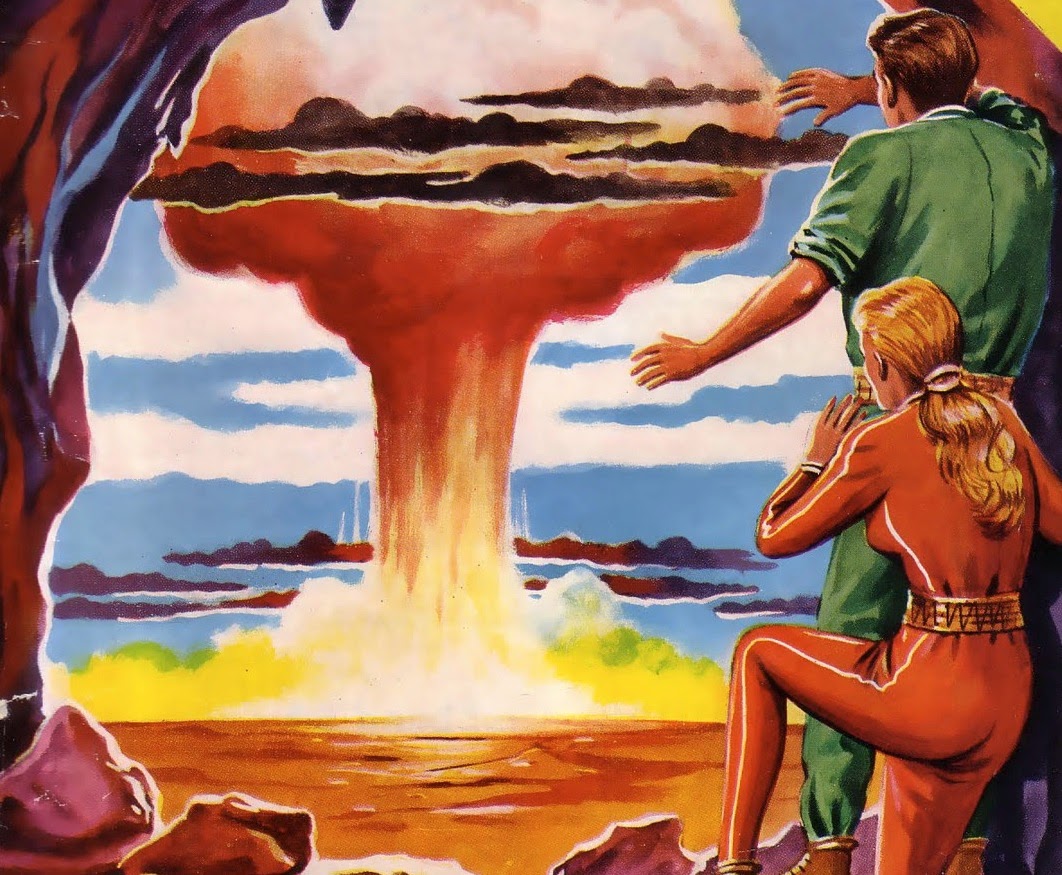 Oddball Films and curator Kat Shuchter present Learn your Lesson... about the Atomic Bomb - A Radioactive Shockucation, the 24th in a monthly series of programs highlighting the most ridiculous, insane and camptastic educational films, mental hygiene primers and TV specials of the collection. This month, we're heading back to the Cold War and the preparedness films made by The Department of Civil Defense through fear of nuclear annihilation. Watch out for that giant skull over San Francisco in the bombastic foreboding animated warning One World or None (1946).  A mad scientist wants to take over the world, but little Tommy and his fox have other plans in the rare cartoon Up and Atom (c. 1957). Learn how to react when our red enemies drop the big one on your town in the howlingly funny Pattern for Survival (1950), whatever you do, don't look at the light! After the big one drops, Our Cities Must Fight (1951) urges you to stay in the city, after all, the radiation should dissipate in a week or two. It's explosions galore in Operation Cue (1964) a document of the 1955 Nevada atomic tests, starring a cast of creepy mannequins.  Stylish mid-century animation and practical sense help teach us About Fallout (1963).  Once you and your neighbors are safely tucked in your fallout shelter, be sure to find out about Infant and Child Care (1962), including putting your baby in a box and a live breastfeeding scene. Mimes, stilt-walkers and puppets protest nuclear war while performing in a field in the baffling Button Button: A Dream of Nuclear War (1982).  Plus, the trailer for Atomic Agent, excerpts of What You Need to Know about Biological Weapons (1951), Atomic Radiation (1952), Our Friend the Atom (1953) and even more atomic surprises; it's a nuclear night to learn your lesson! 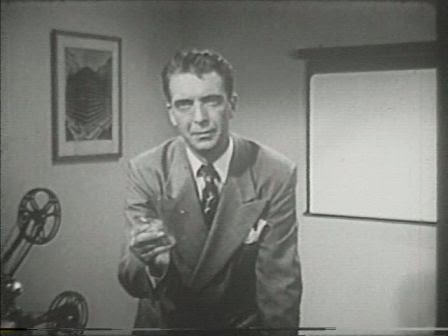 Pattern For Survival (Color, 1950)
A hilarious Technicolor nightmare! This gorgeous gem was one of the first widespread Civil Defense films and features a bizarre segment with a little boy in a wheelchair, a very stilted speech by atomic authority William L. Lawrence (who seems to require cue cards and multiple cuts to make it all the way through), sound advice on how to "duck and cover", as well as a climactic staged nuclear attack. Stars sports reporter Chet Huntley.

Up and Atom (B+W, c.1957)
A super rarity; this wacky cartoon features a Mad Magician/Scientist who is dead set on taking over the whole world with his evil atom.  A little boy, Tommy, and his foxy sidekick, has created a good atom to combat the evil one.  Will Tommy win and thwart the Mad Magician's evil plan or will the world be doomed once and for all?

Operation Cue was the name given small nuclear weapons tests run in Nevada in 1955 to check their effects on buildings, towers, and equipment of many kinds. Watch as The Office of Civil Defense builds various types of shelters, decorates them and populates them with tons of creepy mannequins before blowing up the entire town in order to learn the effects of a nuclear explosion on mannequins in a ghost town!  Reporter Joan Collins (no, not that Joan Collins) walks around the grounds immediately after detonation in stylish pedal-pushers, but no protective gear. 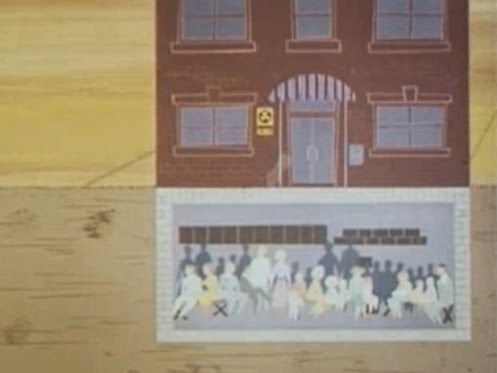 About Fallout (1963)
This informative and stylish short combines slick mid-century animation and live action to illustrate the nature of fallout radiation, its effects on the cells of the body, food and water, and what steps can be taken to guard against its dangers. It attempts to dispel many common myths and fallacies about radioactive fallout. With graphics of light rays bouncing in space, illustrations of animals and plants interlocking in a collage-like pattern, mushroom clouds, mechanical arms operated by scientists, and so much more! 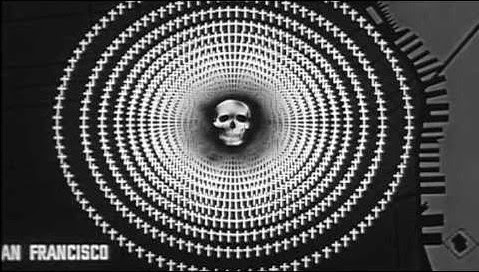 One World or None (1946)
An animated warning against the threat of nuclear annihilation, featuring a stern and foreboding narrator.  Watch as San Francisco becomes a giant skull surrounded by the graves of our imaginary fallen.  This didactic piece of propaganda is pretty rich considering we're the only country that has ever dropped an atomic bomb on another country.

Button Button: A Dream of Nuclear War (Color, 1982)
Regional theater weirdness at its most atomic! Presents a shortened version of an hour long pageant/play presented by the residents of Strafford, Vermont, combining myth and fantasy to convey the meaning of nuclear war. Includes mime, narration, and folk music effectively blended into a baffling anti-nuclear war statement. 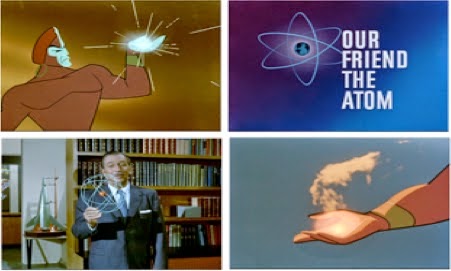 Our Friend the Atom (Technicolor, 1953, excerpt)

One of Di$ney's most incredible projects. “Our Friend the Atom” explains how the idea of the atom or the primordial particle in the universe was conceived, from the Greeks to Einstein. A potent piece of animated propaganda with eye- popping animation and live action. Unforgettable in it’s rhapsodizing of nuclear power.