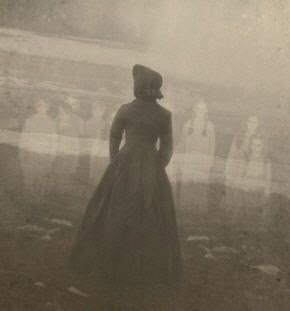 Oddball Films presents Southern Gothic - The Haunting Tales of Ambrose Bierce, a chilling night of deadly delights from the master of the twist ending.  Ambrose Bierce, whose Occurrence at Owl Creek Bridge Kurt Vonnegut called the greatest of American short stories, was a master of psychological terror. His short, unpretentious stories - largely set during the civil war - often featured abrupt twist endings and their simplicity leant themselves perfectly to filmic interpretation.  From Robert Enrico comes the brilliant (as well as Cannes and Oscar-winning) adaptation of Ambrose Bierce's haunting tale about the final romantic thoughts of a condemned man, An Occurrence at Owl Creek Bridge (1962).  Also from Robert Enrico's Civil War Trilogy: the mind-bending Chickamauga (1962), a dark and surreal story of a deaf-mute boy's eerily playful interpretation of one of the bloodiest battles in the American Civil War.  Step into a haunted house in the well-crafted and devastating ghost story The Return (1973) an unsung short Horror classic begging to be rediscovered.  Early birds will be treated to The Boarded Window (1973), a tragic tale of isolation and mistaken identity. Everything screened on 16mm prints from the archive. 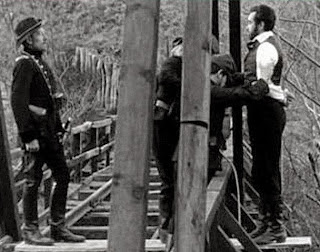 An Occurrence at Owl Creek Bridge (B+W, 1962, Robert Enrico)
Robert Enrico's Cannes and Oscar-winning adaptation of Ambrose Bierce's haunting tale of a Confederate soldier about to be hanged for the crime of defacing the very bridge he's to be executed off of.  As he nears the fatal moment, he thinks back to his lovely wife and his homestead; a breathtaking romantic fever dream of a condemned man. As his noose snaps and he plunges into the water, he immediately attempts an escape towards the loving arms of his wife... or does he? The second in a trilogy of Ambrose Bierce civil war stories, this film has the added distinction of being the only foreign film ever aired as an episode of The Twilight Zone (in 1964).  Breathtaking cinematography and an intricately-layered soundtrack make for an unforgettable experience. 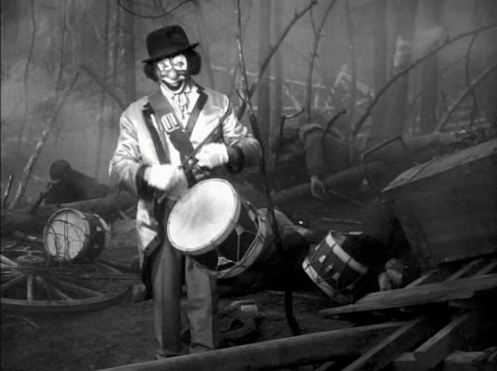 Chickamauga (B+W, 1962, Robert Enrico)
The first part of Robert Enrico's Civil War Trilogy, based on the short stories of Ambrose Bierce. The most famous of the trilogy, An Occurrence at Owl Creek Bridge, won several international awards, and yet this masterpiece of dark surrealism has largely been overlooked for years, yet remains even more poetic, more devastating and more haunting than Occurrence. A young boy, who is both deaf and mute wanders away from his home on the day of battle at Chickamauga creek (a battle which claimed 35,000 lives within two days and earned Chickamauga its nickname "The Bloody Pond").  Unable to hear the carnage and without the life experience to grasp the horrors around him, he wanders through an increasingly bleak and bloody landscape perceiving it as some kind of ridiculous fantasy.  The counterpoint of the boy's glee and enthusiasm to the grim realities around him make for one unforgettable cinema experience. 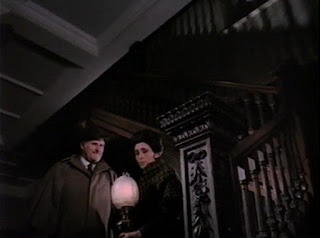 The Return (Color, 1973)
A slow burning ghost story with a devastating ending (as with most of Bierce's work).  An old man is interested in buying a house with a bloody history, or perhaps he's just interested to know if the ghost stories are true.  The housekeeper relays to him the story of the previous tenants - an unhinged man who allegedly murdered his wife without any memory of the event - as well as the ghostly presence she feels in the vacant master bedroom.  Starring Rosalie Crutchley and Peter Vaughan and directed by Sture Rydman. 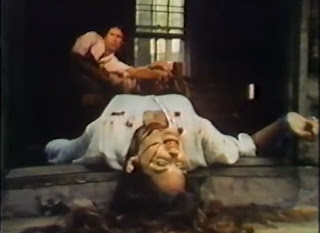 The Boarded Window (Color, 1973)
This short film version of his story The Boarded Window packs a serious punch. The film begins with serene look at the daily routine of a simple woodsman trapping in the Appalachian mountains, rife with chirping birds and swaying pines, but as his dutiful wife becomes stricken with fever in their isolated cabin, the story swiftly escalates to a screaming pitch that will leave our woodsman sweeping up the splinters of his psyche.

About Ambrose Bierce:
Ambrose Bierce (one of 13 children from an impoverished Meigs County, Ohio family) was a fascinating figure who not only was a prolific short story writer, but also a newspaper editor, critic, satirist, poet, journalist and soldier who served in the army during the Civil War. He dabbled in both business and politics, was nicknamed 'Bitter Bierce' because of his caustic, sardonic wit, traveled and worked abroad and famously disappeared never to be seen again sometime during the Mexican revolution (the 71-year-old was last seen in the presence of rebel troops). Bierce is perhaps most famous for his 1891 short story 'An Occurrence at Owl Creek Bridge,' which has gone on to influence countless writers and filmmakers over the years. - The Bloody Pit of Horror 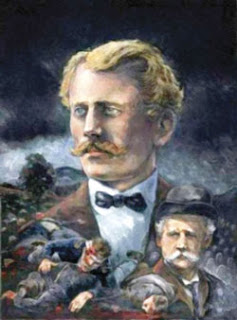