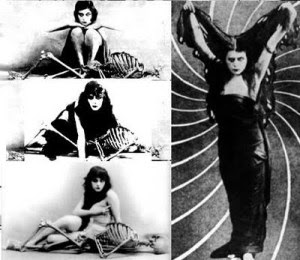 Oddball Films presents Suck on This! - Vamps and Vampires, a night of 16mm bloodsucking beasts and bewitching babes from the Oddball crypt. Sink your fangs into delicious excerpts from the famous Dracula (1931), starring Bela Lugosi, a confection that introduced the legendary Count Dracula and his spider eating minion Renfield to the silver screen. In Mrs. Amworth (1975), a strange illness is plaguing a small English town; the locals think it's the gnats, but a doctor is out to prove that the sweet lady down the road is one of the oldest vampires in England. French clown Pierre Etaix wrote, directed and stars in the delightful vampire tale Insomnie (1963). On the lighter side, see hilariously spooky bits from Bud Abbott and Lou Costello Meet Frankenstein (1948), directed by Charles Barton, where the wacky duo encounter Dracula! Forget the garlic, one woman's chain smoking is enough to keep Dracula away in Ashes of Doom (1970). For the vamps, we've got the original Vamp: Theda Bara in an excerpt of the cinematic documentary The Love Goddesses (1965). Betty Boop heads down to Hell and melts the king of the underworld with her icy stares in the jazzy Fleischer Brothers' cartoon Red Hot Mamma (1934). Inspector Willoughby goes head to head with Vampira Hyde in another goofy cartoon Hyde and Sneak (1962). Burlesque queen Betty Dolan dances with the Devil in the sizzling Satantease (1950s). Plus more Burlesque Cuties,  trailers for Love at First Bite, Grave of the Vampire and more bloodsucking surprises! 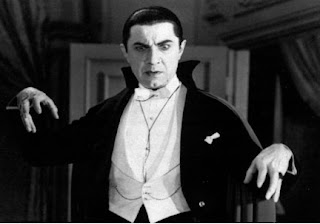 Dracula (B+W, 1931, Excerpts)
In this epic film directed by Tod Browning and starring Bela Lugosi, a solicitor visits a sinister castle despite warnings from the locals! Renfield (the solicitor) becomes Dracula’s minion who brings him to London, where he wreaks havoc attacking lovely ladies, and turning them into vampires.  Will Dracula continue his swath of destruction?  Or will a couple of protective gentlemen stop him?!

Insomnie (Color & B+W, 1963, Pierre Etaix)
A delightfully comedic send-off to the vampire-melodrama written by, starring and directed by French clown, comedian, and acclaimed filmmaker Pierre Etaix. A man (played by Etaix) is having trouble sleeping.  He takes pills, settles in and yet, nothing.  He begins to read a vampire novel, fading in and out of the narrative (and even playing the head vampire as well) as he gets more and more insomniomatic.  As daylight enters the story and "real" life as well, the man finally falls asleep, only to realize the blood-sucking has only just begun!

Mrs. Amworth (Color, 1975)A small British town is plagued by a strange sickness the locals believe is transmitted via gnats.  One scientist is determined to get to the root of the problem, and finds himself running up against one of the oldest vampires in England, and what's more, she's the charming and effervescent Glynis Johns. 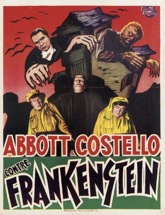 Bud Abbott and Lou Costello Meet Frankenstein (B+W, 1944)
In this film (excerpted), directed by Charles Barton, see two hapless freight handlers who find themselves encountering Dracula, the Frankenstein Monster and the Wolf Man!  The film opens with Dracula and a lovely fur-coated woman discussing what they should do with Frankenstein’s body! Abbott and Costello and the lovely dame convene at a party with Dracula. Is she under his thrall?  A stranger recognized Dracula and starts yelling about how Dracula is the “real” Count Dracula.  But everyone dismisses him and the woman takes Lou Costello into the forest for a lover’s walk!  What will happen next?! 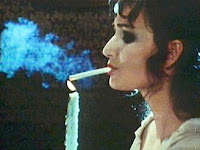 Ashes of Doom (Color, 1970s)
In this campy and dramatic short, a woman, wracked with nerves, calms herself by chain smoking.  Finally, the moment she has been dreading arrives!  It’s Dracula and he’s ready to embrace her and suck her blood!  He goes in for the bite and comes back up with a surprised look on his face!  What is the problem Dracula?! 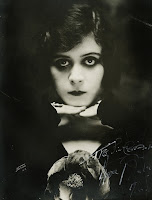 The Love Goddesses (B+W, 1965, excerpt)
This multi-part series explores the evolution of the sex symbol in Hollywood and world factors that influenced these transformations of desire. This film examines how, from the silent film era to the 1930s, societal attitudes about onscreen portrayals of love and sex evolved on screen. The film provides a collage of the progression of female starlets from engenues, to vamps, ushered in by the original Vamp, Theda Bara. 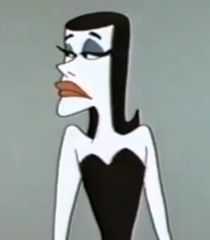 Hyde and Sneak (Color, 1962)
Inspector Willoughby finds himself up against jewel-thieving temptress Vampira Hyde, whose shape-shifting pills defeat all of his clever traps.