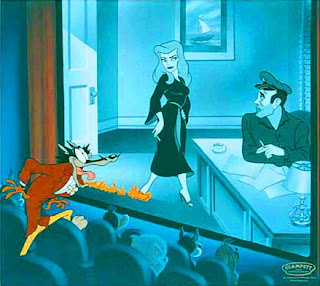 Oddball Films presents Blackballed Cartoons! An evening of banned or censored cartoons filled with racism, sexism, drug references and more. Subjects routinely featured in American animation - many of these cartoons were shown on TV through the late 1960’s until they were pulled from distribution. Swept from the public eye as an embarrassment by the studios and considered a danger to the public, these cartoons are a part of American cultural and artistic history, and need to be seen. Titles include: Coal Black and The Sebben Dwarfs, Tokio Jokio, Little Black Sambo, All This and Rabbit Stew, The Rasslin’ Match (with Amos and Andy), Minnie the Moocher, Bacall To Arms, Lumber Jerks, Buried Treasure and more. 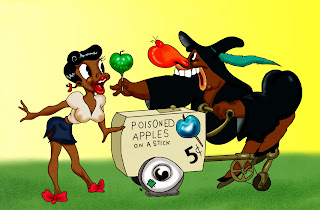 Coal Black and The Sebben Dwarfs (Color, 1943)
Considered by many one of the greatest animated films of all time, Coal Black has been officially banned from circulation since 1968 and is one of the so called “Censored 11”, the group of cartoons pulled by United Artists due to racist content. A parody of Snow White, (called So White in the film), the blackface imagery and stereotypes are shocking to witness today (including a nasty dig at the Japanese). Nonetheless, Coal Black is a cultural tour de force snapshot of 1940’s America, ugly stereotypes and all. 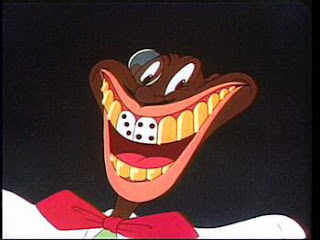 Little Black Sambo (Color, 1935)
Pre-war cartoon from two-time Academy Award winner Ub Iwerks and adapted from the controversial children’s book (and “inspiration” for the 1960’s-70’s restaurant chain Sambo’s).  Despite the innocent theme, blackface representation and stereotypes prevail. Portions of the audio from this short were sampled by Public Enemy on their Fear of a Black Planet album.

All This and Rabbit Stew (Color, 1941)
You didn’t think the rabbit would escape unscathed, did you?  Bugs Bunny at his worst tormenting a Stepin Fetchit –esque hunter. Another of the “Censored 11” pulled from distribution in 1968.

Tokio Jokio (B+W, 1943)
Venomous anti-Japan propaganda short produced at the height of WWII portrays the Japanese as incompetent, weak, cowardly and primitive utilizing patently offensive portrayals, along with a raspberry or two for Hitler, Mussolini, Hess and others. 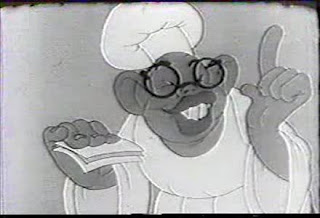 Lumber Jerks (Color, 1955)
Featuring the “Goofy Gophers”, who have been called the first openly gay gophers in Hollywood. Aside from the intimation of behind-closed-doors cross-dressing, a scene where gas is siphoned from a truck was censored in later versions of this cartoon. 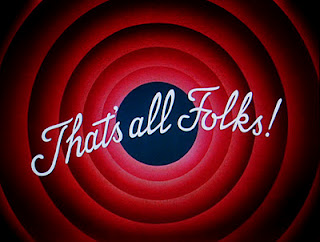 Buried Treasure (B+W, 1928)
The Granddaddy of pornographic cartoons, persistent rumors suggest that Max Fleischer (Betty Boop and others), Paul Terry (of TerryToons) and Budd Fisher (Mutt & Jeff) were responsible for this bawdy masterpiece.

PLUS- Private Snafu, WWII training/propaganda cartoons meant for soldiers only.