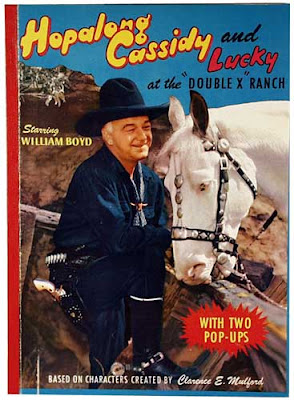 Oddball Films and guest curator Hannah Airriess present Happy Trails: Imagining the Western Frontier. The Western frontier has always been a vital part of the American imaginary, and has been represented in a diverse range of ways. With the recent resurgence in popularity of the western cinema, this program will deal with the way in which the genre and frontier imagery was imagined in earlier decades. Films include the historic short The Great Train Robbery (1903), trailers from the Hopalong Cassidy series (1938-1939), home movie from the San Francisco Horseman’s Association (1943), an excerpt featuring Marlene Dietrich from the western classic Destry Rides Again (1939), a travel video titled Dudin’, the experimental short Red Ball Express, and the educational documentary Ghost Towns of California (1973). 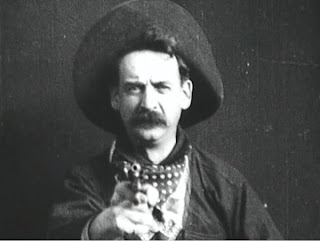 The Great Train Robbery (1903, B&W)
This narrative film from the earliest era of cinema is a groundbreaking work technically and thematically, and also shocked audiences with its final scene of a gunshot towards to the crowd.  Although it was filmed in New Jersey, The Great Train Robbery contributed to the birth of the western genre. 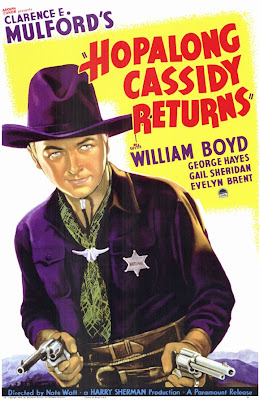 Excerpt from Destry Rides Again (1939, B&W)
In one of Marlene Dietrich’s few Western films, we see her sing, dance, fight, and finally, get a barrel of water poured over her head by none other than a young Jimmy Stewart.

Dudin’ (1955, Color)
In this commercial travel video from the mountains of Colorado, we see what life during a dude ranch vacation looks like. In addition to sheep herding, horse rides and rodeos, it turns out ping-pong is a major aspect of ranch life, too!

Red Ball Express (1976, Color)
In addition to horses, trains play an indispensable part of the Western mythos. This experimental animated film features a train ride in bursting color, containing mechanisms at once falling apart and coming together. A twangy soundtrack accompanies the persistent and rhythmic motion. 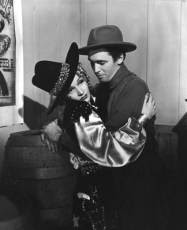 Curator’s Biography
Hannah Airriess has been a programmer at Oddball Film+Media archive since 2011. A graduate of the University of Chicago in Film and East Asian Studies, she has previously programmed at Doc Films Theater in Chicago, and various art spaces in the Midwest.