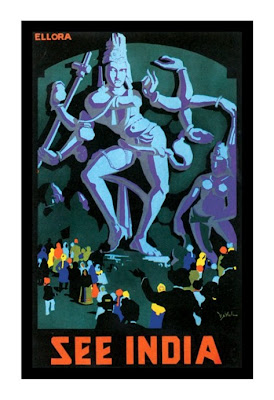 Oddball Films presents Colonial Follies. It was not so long ago when it was completely acceptable to portray indigenous cultures as primitive or barbaric. The representation of "others," fueled by colonialist and superior attitudes, made for films that showed sophisticated and ancient peoples as mere curiosities. However, there were also filmmakers intent on respectfully depicting lives and rituals of cultures and in doing so created works of cinematic interest and beauty. This program plays these two methods of representation against each other, including films from the 1930s to 1950s ranging from heavy-handed campy travelogues like: Armand Denis' technicolor classic Savage Splendor (1949) and crackpot Moody Institute of Science's Primitive Man in a Modern World (1959), to delicate ethnographic works such as Grierson's Song of Ceylon (1934) and Gregory Bateson and Margaret Mead's Trance and Dance in Bali  (1939). Plus! Don't miss the extremely rare and astounding Cult of the Snake excerpt from Wheels Across India (1938). 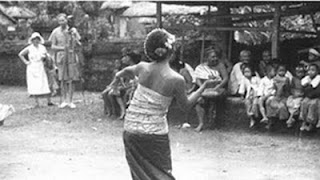 Song of Ceylon (1939, B&W)
Made by the GPO Film Unit, headed by John Grierson, and sponsored by both the Empire Tea Marketing Board and the Ceylon Tea Board, Song of Ceylon is one of the most critically acclaimed products of the documentary film movement. The film is a sophisticated documentary, notable for its experimentation with sound. It features crucial input from Alberto Cavalcanti, who helped with the soundtrack, as well as composer Walter Leigh, who experimented in the studio to create a number of sound effects. 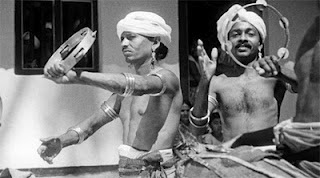 Trance and Dance in Bali (1937-39, B&W)
The film was produced by Gregory Bateson and Margaret Mead and records a performance of the Balinese ceremonial kris (dagger) dance-drama, which depicts the never-ending struggle between witch (death-dealing) and dragon (life-protecting), as it was given in the village of Pagoetan in the late 1930s. The dancers experience violent trance seizures, turn their krises against their breasts without injury, and are restored to consciousness with incense and holy water. Narrated by famed anthropologist Margaret Mead against a background of Balinese music. This “ecstatic ethnography” was an extraordinary effort to use film and photography in the field, and the precursor to much of the visual anthropology that has gone on since then.


The film tells of the Armand Denis/Lewis Cotlow's expedition that had the two men cover 22,000 miles through Tanganyika, Belgian Congo and British East Africa. The high points of their ten month trip are an impressive elephant hunt by the Pygmies of Belgian Congo and secret tribal rituals.

Primitive Man in a Modern World (1959, Color)
By the crackpot Christian Moody Institute of Science is a bizarre and baffling (i.e. “What Were they thinking when they made this?”) “examination” of primitive peoples in South America from the Mayans to the coca chewing Indians of Peru.
Email ThisBlogThis!Share to TwitterShare to FacebookShare to Pinterest
Newer Post Older Post Home