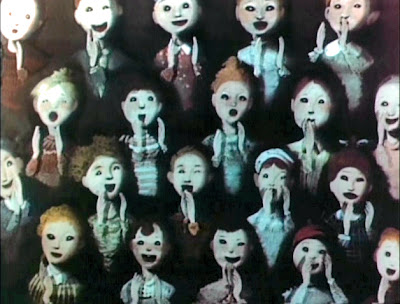 Oddball Films presents Animation Behind the Iron Curtain, an evening of rare and masterful works of Polish, Czech and Yugoslavian animation.  The films range in form and subject matter, from the melancholic to the celebratory but all possess an intricate artistry and an undercurrent of rebellion from oppression.  In the utterly charming Queer Birds (1965), the cutest pair of best bird friends you'll ever see must team up to fight off an oppressive black cat. Tadeusz Wilcosz creates a dark world of animate inanimates that must band together to overthrow a burlap sack that threatens to eat them all in the creepily wonderful stop-motion short Worek AKA The Sack (1967).    An impish little artist must gather her escaped watercolors to paint a black and white world in The Day the Colors Went Away (1971).  The Academy Award-Winning short Ersatz (1961) features marvelous mid-century artwork and cheeky social commentary.  Jiří Trnka's haunting puppet parable The Hand (1967) presents a sculptor oppressed and manipulated by a giant disembodied hand.  Jan Lenica's paper cut-out marvel Rhinoceros (1963) retells the Ionesco tale of a society out of control with conformity. Creative, compelling and consciencious, this is more than just any night of cartoons. 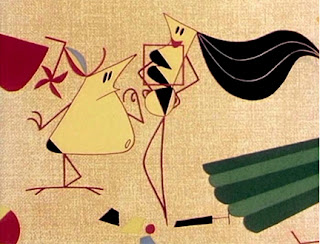 Ersatz (AKA Surogat) (Color, 1961) This Yugoslavian animated short was the first foreign animated film to win an Oscar. A fat man goes to the beach and inflates everything he needs. like a boat, a tent, and a shark. He manages to have a fine time until he inflates a girlfriend for himself and realizes that women are too much damn trouble. A gem of mid-century modern style!

Worek (AKA The Sack) (Dir. Tadeusz Wilcosz, Color, 1967)Mysterious and creepy stop-motion film from Poland- a burlap sack proceeds to consume everything in sight, until all the objects- scissors, sewing machines, etc. revolt, organize and subdue it. 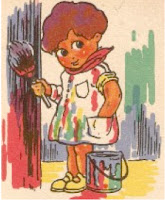 The Day The Colors Went Away (Color, 1971)Charming Polish stop-motion animation about a messy painter girl.  The colors in her paint box are fed up with her messy painting style and hit the road- taking all the world's colors with them.  Stuck in a black and white world, the little girl sets out to find the colors (who have gathered in a rainbow) and re-paint the world.

The Hand (Color, 1966)Czech animator Jiří Trnka, known as the "Walt Disney of Eastern Europe" said about puppet films, "Puppet films are truly unlimited in their possibilities: they can express themselves with the greatest force precisely when the realistic expression of the cinematographic image often faces insurmountable obstacles."  He spent most of his career animating adaptations of  literature and fairy tales, but in his last film, and often considered his greatest, The  Hand, he creates an overtly pessimistic allegory of  the oppression of personal freedom and censorship.  Banned in Czechoslovakia for two decades. 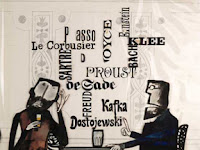 Rhinoceros (Dir. Jan Lenica, Color, 1965)Filmmaker and multitalented artist Jan Lenica's checkered career has encompassed excursions into music, architecture, poster-making, costume design, children's book illustration, and all aspects of filmmaking. It is, however, for his animation that he is best known, particularly his collage and "cutout" films, which have their roots in the art of Max Ernst and John Heartfield. The films have influenced the work of Jan Švankmajer and Terry Gilliam.  In this film Polish master Lenica utilizes cutouts creating an animated version of Eugene Ionesco's play about conformity.