Everything You Always Wanted to Know About Albanian Cinema But Were Afraid to Ask - Sat. Oct. 13 - 8PM 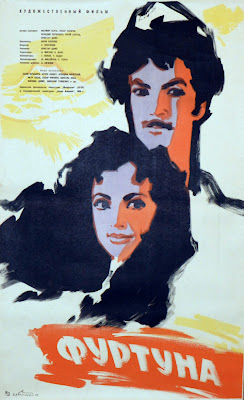 The Albanian Cinema Project and the San Francisco Media Archive present Everything You Always Wanted to Know About Albanian Cinema But Were Afraid to Ask, an evening of specially selected  and extraordinarily rare films from the Central State Film Archives.  Come and see a selection of communist era educational and instructional films that have never been seen in the US; highlights from Albanian filmmaker Fatmir Koci’s love letter to the Albanian film archives In The Land of the Eagles, and the US premiere of Albania’s film entry in this year’s Venice Biennale, the documentary short Concrete Mushrooms. Help us save Albania’s endangered film heritage!

As in the rest of the Balkans, Albania’s post-WWII narrative is of a communist partisan struggle against foreign occupation and, ultimately, of a communist takeover. Dictator Enver Hoxha practiced a strenuous form of Stalinism for nearly 50 years. As a result, foreign influence on Albanian cinema was limited to minute cracks in the thick curtain that separated Albania from the rest of the world. The almost complete reliance on socialist realism in filmmaking during communism has caused many Albanians to reject their own cinematic history as mere ideological indoctrination.

More than twenty years have passed since the fall of Hoxha’s regime, yet there is still much resistance to a re-examination of Albania’s state sponsored film productions. For this reason, many have languished in inadequate vaults and are now in danger of being lost forever. The Albanian Cinema Project is working to preserve and restore these films and to open up an international public dialogue that will encourage a global audience to view these films in a different light. The first images of Albania on screen date to 1914. Albania has 100 years of cinematic history that has yet to be fully acknowledged. 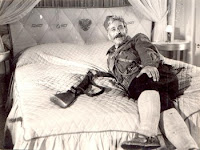 The Albanian Cinema Project’s director Regina Longo will be on hand to answer questions about the work currently underway in Albania to locate a new storage facility for the films.

All proceeds from this event will support the preservation efforts of the Albanian Cinema Project and the San Francisco Media Archive.
www.thealbaniancinemaproject.org
www.sfm.org