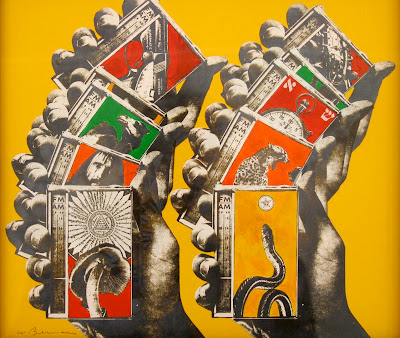 Oddball Films presents American Trance Cinema: Spellbinding Ceremonies, an evening of rare and intriguing films plus unique shorts exploring the unique cultural rituals and ceremonies of several disparate American demographics.  Enjoy a rare chance to see these normally off-limits customs, including Peter Adair’s extraordinary ethnographic documentary Holy Ghost People (1967) which offers a fascinating look at a West Virginia Pentecostal congregation as they relish the religious fervor of speaking in tongues, anointing and trances.  Famed ethnomusicologist Alan Lomax’s Buck Dancer (1965) reveals the Northern Mississippi tradition of buck dancing, in this rare filmic and musical artifact.  In Pomo Shaman (1964), we are privy to the intricacies of a Native American healing ceremony. Trance Cinema is part of a series of ongoing film programs exploring ritual, higher consciousness and altered states of awareness. 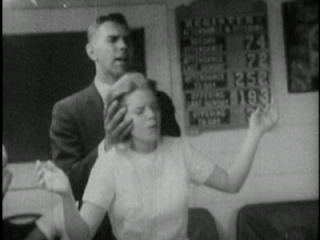 
‪Holy Ghost People (B+W, 1967)
Rightly hailed by Margaret Mead as one of the best ethnographic documentary films ever made, and a staple of every documentary film studies course, Holy Ghost People by the late San Francisco filmmaker Peter Adair (Stopping History, Word is Out) examines the Scrabble Creek, West Virginia Pentecostal congregation whose fundamentalist philosophy encourages a literal interpretation of the Bible. 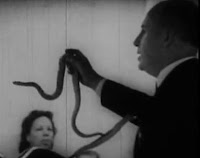 ‪The film reveals the religious fervor, the faith healing, the trances, the glossolalia (speaking in tongues), the anointing, the ingestion of poison (Strychnine) and the use of rattlesnakes in the church’s religious services.  Shot inside the cramped interior of a poor, rural church Adair allows the raw power and the purity of the congregation’s faith speak for itself and documents it unflinchingly. 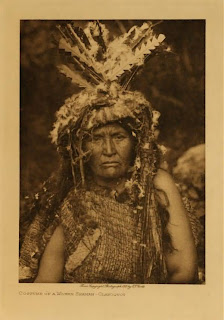 Pomo Shaman (1964)
An extremely rare and fascinating chance to see a Pomo healing ceremony, led by Essie Parrish, a Pomo sucking doctor and a leader of the Kashaya Pomo community near Stewarts Point, California.  Shot through holes in the walls of a ceremonial roundhouse (so as not to interfere), the ceremony features Parrish entering a trance and with the aid of a spiritual instrument, she attempts to cure her patient with traditional sucking techniques.  The Kashaya agreed to the filming in order to preserve their traditions for future generations, and continue to watch it before healing ceremonies, believing the film is impued with Parrish’s healing spirit.