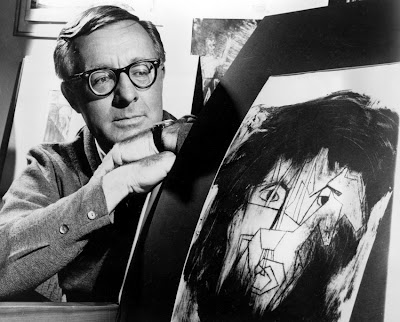 Oddball Films present The Children of Ray Bradbury, a program of adaptations of the short stories of the recently departed literary giant Ray Bradbury.  Bradbury's vivid imagination created some of the most fantastic of worlds, and chilling of prophecies for our own world and since his passing, science fiction and literature may never be the same. In this program, we explore Bradbury's unique take on children, both cynical and endearing with three short film adaptations. In All Summer in a Day (1982), the children of Venus await to see their very first day of sunshine yet proceed to bully the only one of their classmates who has seen it before. The Veldt (1989) gives us the proverbial nuclear family in a fully-automated home with a virtual reality nursery that leads the children of the house to use it for catastrophic ends.  On the softer side, Bradbury's electronic answer to death The Electric Grandmother (1981), based on the story I Sing the Body Electric, an oddly touching tale of a family filling in the gaps when a loved one dies.  Join us as we salute the man, the myth and the machines and characters his mind created. 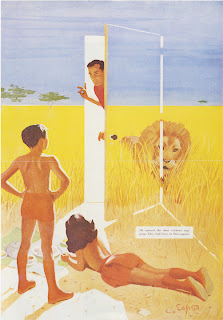 The Veldt (Color, 1989)
Parents George and Lydia live with their two children Peter and Wendy in "The Happylife Home," a fully automatic residence with machines that do everything for them.  The two children are especially taken with the nursery, a room with virtual reality that will recreate anything their brains desire.  The parents begin to worry as the pair spend more and more time in the nursery, which seems to be permanently fixed on African grasslands featuring a pair of lions gruesomely gnawing on bones in the distance.  When George and Lydia decide to move out to the country to get away from their computerized domicile, the children and lions have other ideas.  Shot for Ray Bradbury Theater and directed by, Brad Turner. 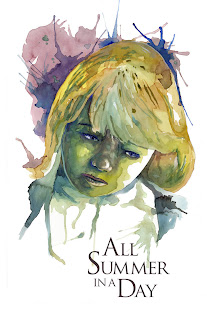 All Summer in a Day (Color, 1982)
On Venus, the sun only rises for only one day every seven years.  To a class of young pasty children, this will be the first time ever seeing the star, feeling it's warmth and beauty.  One girl in their class moved from Earth recently enough to remember and tries to dispel her knowledge of it's effects, as they stand in front of giant lamps.  Her classmates, however, think she's telling lies and begin to torment her, locking her in a closet.  When the sun finally emerges, the class runs outside to see the flowers and butterflies, leaving little Margot to miss the epic Celestial event.  Starring Keith Coogan from Adventures in Babysitting and Don't Tell Mom the Babysitter's Dead. 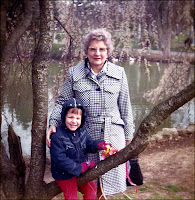 The Electric Grandmother (Color, 1981)
When a family loses their mother, they receive an offer to create a robotic replacement.  Built to their specifications, the robot steps in to offer them consolation and a matriarchal hand as they deal with their grief and loss.  But can a robot, even the most advanced, really fill in the void of losing their real mother and what happens to a robot when they've fulfilled their obligation?  Directed by, Noel Black (Pretty Poison) and starring Maureen Stapleton (Cocoon, Interiors) and Edward Herrmann (The Lost Boys, The Great Gatsby).