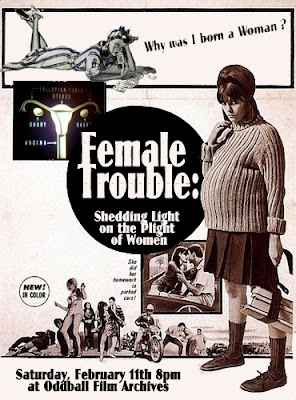 Oddball Films and guest curator Kat Shuchter bring you Female Trouble: Shedding Light of the Plight of Women, a whole sleight of films designed to shock, alarm and educate the modern girl and woman about the dangers that constantly surround her. From the curse of every woman in films like D*sney’s Story of Menstruation (1945), a beautifully animated short of lovely ladies and their dreamy pituitary glands, to the woes of Teenage Pregnancy, a 1971 campy Canadian melodrama, to the sickness of Eating Disorders:The Slender Trap (1986), the dangers of strangers like Hitchhiking: The Road to Rape (1982) and the risk of intimacy in Herpes: The New Sexual Epidemic (1981), with ladycentric commercials and all sorts of other Girl Stuff (1980). This is one evening that will celebrate the strength of women and educate the men in their life to the constant barrage of dangers us ladies face everyday. 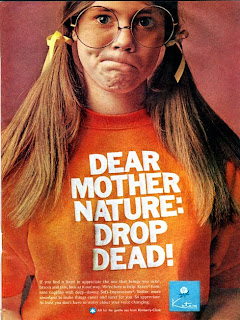 Tracy never thought it could happen to her. She’d hitched dozens of times and never had any problems. Until she picked the wrong car to get into, and things started to get ugly. Will Tracy ever learn from her devastating mistake?  Will you? 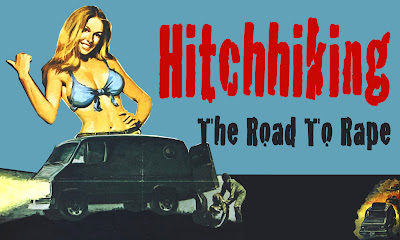 Girl Stuff (Color, 1980)
This film plays out like many men’s: a bunch of girls sitting around talking about their periods.  Periods and douches and perspiration and vaginal infections and boyfriends and growing up, you know…Girl Stuff! With plenty of fantastic vintage product placement.


Teenage Pregnancy (Color, 1971)
No one can bring you the melodrama of teen pregnancy quite like the Canadians. This campy morsel features a lot of worry, disappointment, facts and good old-fashioned overacting. Like a lost Degrassi episode, the touching story of 16 year-old Betty’s life will bring you to tears…of laughter!


Eating Disorders: The Slender Trap (Color, 1986)
Join host and technical advisor Debbie Pippen Doria as we follow three people’s battles with themselves and the deadly diseases of anorexia-nervosa, bulimia, and my personal favorite, over-eating. After all, a woman’s view of herself can be the greatest monster she faces 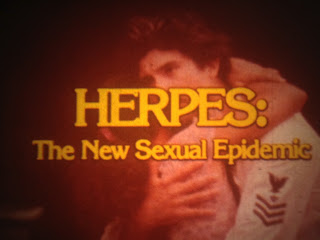 Herpes: The New Sexual Epidemic (Color, 1981)
“Oh no, Kathy! Did you tell David?” Join three people on their painful, and itchy journeys with the simplex. One is a young woman in the thralls of love, but a prison of shame.  One is an expectant mother, ready to give the gift of life, not herpes. And the last is a sailor, infected from exotic ports of call, but hoping to dock in his beloveds harbor. Feel the pain, then, learn the facts about the “new” epidemic… 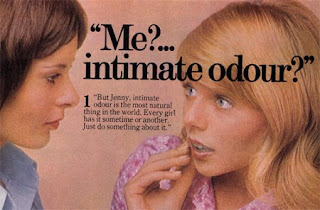