The era of having a series of shorts precede a feature presentation at the theater may be a thing of the past, but the Academy of Motion Pictures Arts and Sciences still recognize achievements in the live action and animated short fields, 80 years after these categories were introduced.  While many often take issue with the winners and losers of any respective year, it’s in the shorts category that you can often find the more interesting, innovative, and timeless examples of filmmaking recognized by Oscar.  Come celebrate Oddball Oscar Obscurities, films that celebrate visionary viewpoints and storytelling economy.

Spanning four decades of Academy Award honors, come see these live action shorts (all nominated, some victorious) that cover the realm of comedy icons, jazz legends, documentary, the avant-garde, and storytelling at its economical best.  Pathos, hilarity, surrealism, and even a nice groove are yours for the viewing.  Featuring the talents of Laurel & Hardy, Saul Bass, Alan Arkin, Carson Davidson, and many more, this international collection has something to offer film lovers of all stripes! 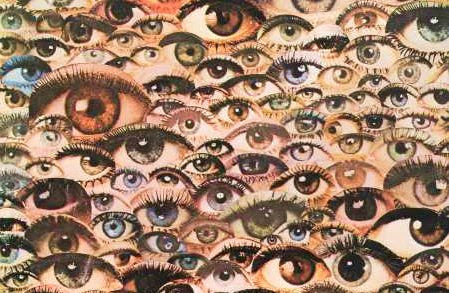 
From traditional cel lyricism to stop-motion frivolity, from epic works in clay to personal bios in collage, the Academy Awards have honored a wide range of animation styles over the years, and now’s your chance to catch a diverse sampling of past nominees and winners, all in one eclectic program.  From many different countries but speaking a universal language of humor and thoughtfulness, come see the talents of Chuck Jones, Norman McLaren, Orson Welles, Frederic Back, and others on display.  We’ll even have a full nomination slate from a single year, so you can decide if the Oscar went to the right film!

(For more about these shorts follow the "Read More" link below)


More about the Live Action Shorts:
The very first winners of the Live Action short Oscar were Stan Laurel & Oliver Hardy for their classic The Music Box.  Their follow-up nomination in 1935 was TIT FOR TAT, a quintessential object lesson on how revenge is a dish best served in multiple courses.  The boys’ efforts to open a retail electrical store while being neighborly to a local grocer only result in a tale of escalating retribution with mass destruction in its wake. 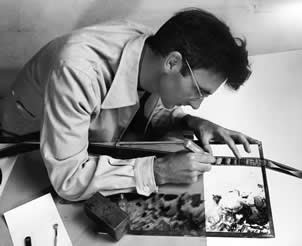 Norman McLaren was a legendary animator, but live human beings are his stop-motion medium in NEIGHBOURS (1952), another tale of how pettiness and greed can turn two respectable neighbors into the most horrific of enemies.  An allegory that still rings true today, McLaren taps into the darkest recesses of human nature in a truly original manner.  This film also  stands out in Oscar history for being nominated in both the Live Action Short and Documentary Short category (winning the latter).

Gjon Mili’s JAMMIN THE BLUES (1944) not only is a rare cinematic appearance of musicians Lester Young, George “Red” Callender, and Harry Edison, but it’s also a masterful use of lighting and composition that puts most contemporary music videos to shame.  Photographed by Robert Burks (“Rear Window”, “To Catch a Thief”)

Dutch filmmaker Bert Haanstra’s GLASS (1959) is unique in Oscar history as being the only winner of the Documentary short category that manages to contrast the craftsmanship of glass blowers with the mass-production of a bottle factory by abandoning dialogue altogether, using only editing and beautiful attention-to-detail to juxtapose the differences between artisanship and industry.

HELP! MY SNOWMAN IS BURNING DOWN (1965) stands out as wholly unique in the annals of Academy history, for no nominated film can stake a claim to being as truly experimental and immersively engaging as Carson Davidson’s surreal masterpiece, melding Magritte with Duchamp, but maintaining its own perverse American sense of humor.

A French silent film, both comedic and poignant, about a man and his dog?  No, not The Artist, but the 1974 winner ONE-EYED MEN ARE KINGS, about a lonely Parisian sad sack whose dog-walking assignment becomes a gateway into social popularity which is as fleeting as it is fortuitous—and featuring one of the least sympathetic canines you’re likely to meet.

Saul Bass is best known for creating the memorable title sequences to The Man with the Golden Arm, North by Northwest, Psycho, and many others, but he received three Oscar nominations for his shorts, winning in 1968 for his playful treatise WHY MAN CREATES, less a documentary (the category in which it won) than an entertaining, stream-of-consciousness examination of the history and psychology of creative impulses.  Artistic motivation, perspiration, and frustration are all explored in funny, thoughtful tableaus.


The first nominee from a foreign country to win the Animated short Oscar was Dusan Vukotic’s 1961 ERSATZ, which still stands out as a forerunner in the animation movement in Eastern Europe at the time.  In it, a man’s day at the beach takes some unexpected turns as his entire inflatable life proves a little beyond his control.

The National Film Board of Canada’s animation output has also been highly successful with the Academy, though CHRISTMAS CRACKER (1964) is a lesser-known nominee and anthology short, using a variety of animation styles to convey some seasonal cheer, from a Colorforms musical romance to a joyful dance of classic tin toys.  Norman McLaren and Grant Munro are among those who contribute to this festive assembly.

Lee Mishkin’s IS IT ALWAYS RIGHT TO BE RIGHT? was the winner back in 1970, but as narrated by Orson Welles, its discussion of political polarization is still as timely as ever in this primary season.

You’ll find few more daring Oscar winners than Frank Mouris’s FRANK FILM (1973), which manages to still appear completely innovative four decades later in its combining of collage and experimental audio techniques to reflect back on the filmmaker’s own life, an autobiography unlike one you’ve ever seen.

We’re also pleased to present the entire Best Animated Short nomination slate of 1965.  CLAY, OR THE ORIGIN OF SPECIES explores evolutionary history through deft Claymation, while Emanuele Luzzati’s THE THIEVING MAGPIE uses bright color cut-outs and Rossini’s overture to convey a story of a war between man and the birds.

But that year, Chuck Jones’ famous THE DOT AND THE LINE, narrated by Robert Morley about how love and self-discovery always has its own unique geometry, ended up taking home the trophy.

And finally, while breaking the fourth wall is a reliable animation convention, Robert Swarthe’s nominated KICK ME (1975) gets a lot of mileage out of a single pair of animated legs and its adventures deconstructing the medium in its longing to escape.