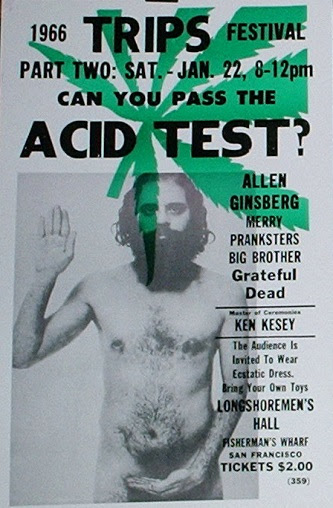 Oddball Films, with Lynn Cursaro, presents: Private Lives/Public Spaces: The Many Lives of Cities. This program takes a freewheeling look at cities, real and imagined, as viewed by an individual’s lens. From classic cartoon, government propaganda, experimental documentary and story book, urban life is where people explore facets of their private selves. A pair of siblings make a home in the Metropolitan Museum of Art in From the Mixed-Up Files of Mrs. Basil E. Frankenweiler. You . . . functions as an ode to both a girl and Budapest. The Civil Defense nightmare of Our Cities Must Fight will galvanize your hometown loyalty, or else! See The City of Light through the eyes of a regular schmo in Brooklyn Goes to Paris. Maurice Sendak’s swinging kitchen metropolis, In the Night Kitchen, is just familiar enough to be the stuff of dreams. Post-Be Bop surrealism is out for a long walk on a short NYC pier in Help, My Snowman’s Burning Down. Hollywood glamour goes undersea when the contents of Porky’s Five & Ten go into the briny. S.F. Trips Festival: An Opening shows what happens when you rent a hall and throw a utopia. And, as usual, Lynn’s complimentary home-baked treats for all! 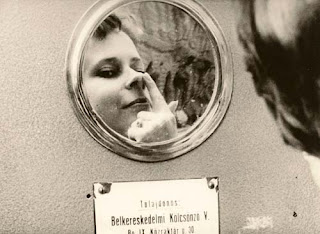 You . . . (Istvan Szabo,B+W, 1963)
A breezy take on the New Wave sensibility. As this stylish short attempts to capture the energy of our youthful heroine’s busy urban revels it also becomes a study of Budapest, seemingly this young woman’s plaything. Cecília Esztergályos co-stars with Hungary’s capital city.

From the Mixed-Up Files of Mrs. Basil E Frankenweiler (a/k/a The Hideaways) (Fielder Cook, 1973, color - excerpt)
High culture madness! Tween-age, Claudia, bored in the ‘burbs, seeks madcap adventure in Manhattan. With kid brother in tow, she moves into the spacious Metropolitan Museum of Art. This excerpt finds the kids settling into life among the treasures, bathing in the fountain and such. One night Claudia stumbles upon a recently un-crated marble angel, whose uncertain origin captures her imagination. Is it a Michelangelo? Madeline Kahn, in a small role as a deliciously harried teacher, gives a comic gem of a performance. 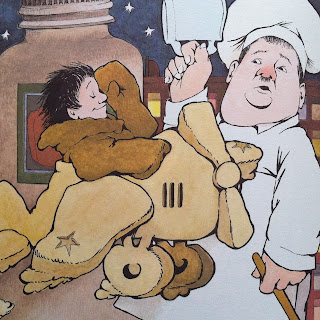 In the Night Kitchen (Gene Dietch, 1975, color)
With its Sunday comics format and flash of baby nudity, Maurice Sendak’s In the Night Kitchen was groundbreaking (and censored!) upon its 1970 publication. Mickey tumbles into the pantry metropolis of the night kitchen, landing in giant bowl of batter for the morning cake. After hours baking is overseen by a trio of Oliver Hardy look-a-likes, who pop him in the oven. Freely referencing Windsor McKay’s Little Nemo, Sendak enhanced his standing as cool uncle to generations of kids. Animator Oldrich Haberle brings the book’s bold illustrations to vivid life. Angelo Michajlov's Kitchen Sink-o-Pators provide the appropriately swinging score.

Brooklyn Goes To Paris (Arthur Cohen, B+W, 1956)
A comic tour by Brooklyn native Arthur Cohen, who brings his Brooklyn-centric worldview to the City of Light. He tours (and mispronounces) major sights such as the Louvre, Place de l’Opera, l’Etoile, artsy Montmartre, Place Pigalle, Moulin Rouge, an aerial view of Paris, Notre Dame cathedral, the Seine, the Left Bank, and the Eiffel Tower, as well as the everyday. Who can really say if the Champs Elysee is “the Flatbush Avenue of Paris” or not?

Help, My Snowman’s Burning Down (Carson Davidson, 1964, Color)
This Academy award-nominated short stars Bob Larkin (later in the cult film Putney Swope) as a Beatnik who lives on a dock off Manhattan with only bathroom furnishings. A visceral tapestry woven together by stop motion and surreal special effects, this film is an Oddball audience favorite. Bob Brookmeyer and Gerry Mulligan provide additional cool.

Our Cities Must Fight (Anthony Rizzo, 1951, B+W)
This US Defense Film from 1951 finds a newspaper editor and shady government liaison in cahoots, as they try to determine the best way to implore citizens to remain in cities during an enemy attack. Planning on heading for the hills? Why that’s just plain treason! Find out what your rubble strewn city requires of you when your hometown becomes the front lines of freedom!

Sunday Dinner (Jeff Bleckner, 1975)
1970s Manhattan seems strangely quaint in this tale of two old pals cobbling together a glorious feast on the not-so-mean streets of the city. Heartwarming urban adventure or patronizing look at the impoverished seniors? You can be the judge! Features Oscar-winner Maureen Stapleton as the cheeriest bag lady ever! 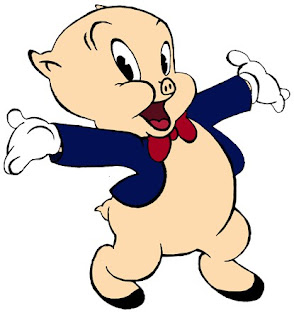 Plus! For the Early Arrivals!
Community Helpers - Sanitation Department (Cahill Films, 1964, color)
See Any Town USA through the eyes of Ed and John, who have the big job of keeping it sparkling clean. The big news in this enthusiastic and witty look at garbage collection might have been the wondrous way trash was making cities better through the miracle of landfill! Those dixie cups are gonna be a park one day!

About the Curator
Lynn Cursaro is a local film blogger. Over the past two decades, she has worked in research and administrative positions a variety of Bay Area film organizations.