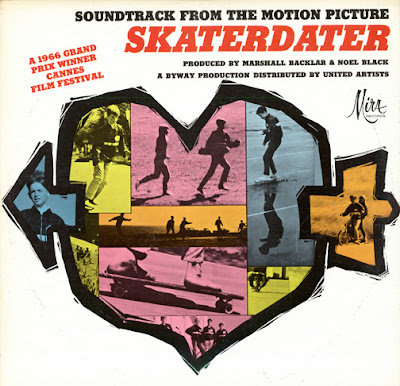 Guest curator Soumyaa Kapil Behrens and Oddball Films present an evening of films filled with passionate duels and screen gods and goddesses of years past.  Cuddle up for an intriguing selection that will let you indulge in the visual nature of cinema and desire. Some highlights include coming of age shorts like the classic Skaterdater (1965) winner of the Palm d’Or at Cannes Film Festival in 1966 and The Magic Tree (1970) by Gerald McDermott that weaves an animated folktale of secrets and desire from the Congo.  The Fable of He and She (1974) by animator Eliot Noyes Jr. sweetly re-tells the age-old “battle of the sexes” story between the fictional hardimars and mushamels.  The Art of Film: Love Goddesses (1968) documents the history and evolution of the female sex symbol in Hollywood with famous faces like Dietrich, Garbo, and the original vamp, Theda Bera.  The guys get their turn with 1960’s movie trailers from films like Easy Come, Easy Go (1967) and the James Bond spoof Casino Royale (1967).  Jennifer Jones succumbs to the ultimate crime of passion in the heat of the desert in an excerpt from the feature Western, Duel in the Sun (1946) with Brazilian, Mexican and Russian dancing shorts rounding out the night! Ole! 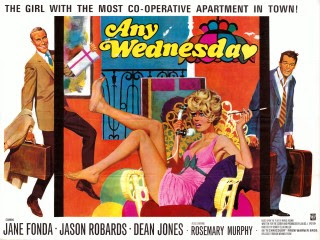 Skaterdater (1965, color)
This awesome coming of age short is a must see.  Winner of Cannes Film Festival short film prize in 1967, this film has no dialogue but rather uses the visual to, ahem-erect, a story about a boy who skateboards with his friends until he can’t take his mind off a girl on a bike.  Directed by Noel Black (who went on to direct the cult feature “Pretty Poison”), Skater Dater has developed a strong following both for it’s amazing skateboarding and it’s surf-inspired Davie Allen and the Arrows soundtrack.  Shot near Torrance, CA and features the Imperial Skateboard Club.  One of the first skateboard films, it was also nominated for an Academy Award and won several other prizes. 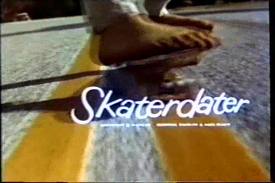 Duel In The Sun (1946, b/w)
Originally shot in Technicolor, Jennifer Jones plays a sweaty and sexy heroine with a gun torn between two men.  Written and produced by David Selznick and directed by King Vidor, the film garnered Academy Award nominations for Jones and Lillian Gish.  Salacious, on screen and off, it was heavily censored for sexuality and it broke up the marriages of Jones and Selznick who had an affair with each other during the film.   In the last scene, Jones seeks out the man she loves and hates for the last time.

The Art of Film: Love Goddesses (1968, b/w) - excerpt
This multi-part series explores the evolution of the sex symbol in Hollywood and world factors that influenced these transformations of desire.  Includes film clips from rarely seem films and archival footage from each film/world era.  Part one features many of the greats starting with silent film and Lillian Gish.  Divas Mae West, Gloria Swanson, Theda Bera, Greta Garbo and Marlene Dietrich, and more appear in this episode produced by Janus Films! 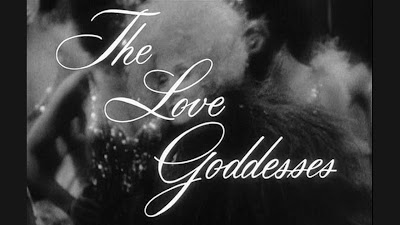 Movie Trailers (1967, color)
This set of trailers recall film spoofs and films that maybe should have been spoofs.  With guys that make us smile for one reason or another like Elvis Presley, Peter Sellers and Jason Robards and cheeky girls we still envy like workout queen and movie star Jane Fonda, remember these films that never won any awards but still got our blood going!

The Fable of He and She (1974, color)
Eliot Noyes Jr.  gained recognition via Academy Award nomination for his first animated work made at Harvard University, “Clay” (1965-pictured above).  From there he went on to push the genre with many more clay-mated works that reflect compassion toward humanity.  This short depicts the hardimars and the mushamels, clay species who suffer from gender-typed bias.  As they separate from each other and learn to do the things they once thought undoable, both kinds learn an important lesson.  Adorable, funny and engaging, this film is a great journey into sexual politics with a nice squishy center. 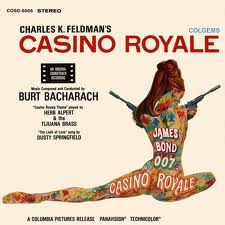 The Magic Tree (1970, color)
Gerald McDermott, an award winning filmmaker and children’s picture book author, animates this folk story from the Congo with unusual shapes and shades of red.  A young boy, rejected, stumbles upon a secret and beautiful life but can he resist sharing this newfound joy with his family left behind?  It is a charming and strangely moral film.

Mexican Hat Dance, Brazilian and Russian Dances (19--) b/w
This energetic short illuminates on of the original forms of showing desire, the dance!  With three succinct numbers from all over the world, this short celebrates the passion, fun and stories told through cultural dances.