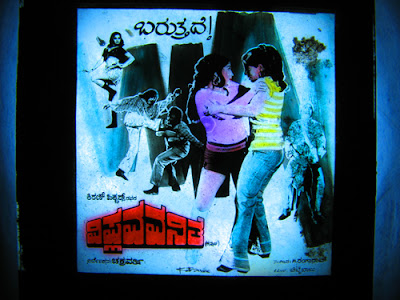 Oddball Films, in association with San Francisco Cinematheque and 3rd i Films, is proud to present EXPERIMENTA India. What are possible cinematic entry points to addressing the context of experimental filmmaking in India? From experiments in animation, found footage and stylised montage in the late 60’s and early 70’s to the most recent innovations in experimental narrative, this selection of films and videos, never before seen in the US, offer a peek into the aesthetic and socio-political complexities of experimental filmmaking in India.


Festival Director Shai Heredia of EXPERIMENTA India will be present to introduce these programs - which have never before been seen in the United States.


Shai Heredia is a filmmaker and curator. In 2003, she founded Experimenta, the international festival for experimental cinema in India. She has curated experimental film programs for major film and art venues around the globe, including the Tate Modern, Berlinale Film Festival, and the Images Festival in Toronto. Her latest film, ‘I Am Micro’, co-directed with Shumona Goel, has screened at the Rotterdam Film Festival and the Images Festival. ‘I am Micro’ is currently screening as part of the exhibition ‘Being Singular Plural’ at the Guggenheim Museum NYC (March 2–June 6, 2012). *Note early start time. The price of a single admission ticket allows access to both shows. They will run back to back with a 15min intermission. Total run time for both programs is 125min.

An impressionistic portrayal of short film making by a short film maker. The film explores the process, ideas and context of documentary filmmaking in India at the time - art or documentation of reality. The views expressed in the film are sometimes bitter, often humorous, at times satirical but seldom complimentary.

Abid (Pramod Pati, 1972, color, sound, 5 min, 35mm on dvd)
Unlike a cartoon film, which is a rapidly moving series of photographed drawings, in pixilation, a moving object is shot frame by frame, and then through clever editing made to appear in motion. By its nature, this movement is agile, energetic and unpredictable just like the pop art movement. (Pramod Pati)


Using pixilation and electronic music, this is an experimental family planning film

Trip (Pramod Pati, 1970, B&W, sound, 4 min, 35mm on dvd)
A film on Bombay, which uses pixilation to depict the transitoriness of daily life in an urban context. This spectacular film with its abstract soundtrack of tweaked city sounds is the quintessential urban Indian experimental film.

Pati attempts to portray a country caught between a number of opposing and diverging tendencies – between war and celebration, rock-and-roll and Bhajan, science and religion – in all its richness, convolutedness and madness.

Child on Chess Board (Vijay B. Chandra, India, 1979, B&W, sound, 7.46min, 35mm on dvd)
This abstract narrative, dealing with the parallel themes of "Man with all knowledge" and "Child the father of man", is a psycho-social exploration of nationhood, industrial progress and scientific development, as seen through the eyes of a child.

Jan Villa  (Natasha Mendonca, India, 2011, color & b&w, sound, 20min, 16mm on dvd)
After the monsoon floods of 2005 that submerged Bombay, the filmmaker returns to her city to examine the personal impact of the devastating event. The result is Jan Villa, a tapestry of images that studies the space of a post-colonial metropolis but in a way that deeply implicates the personal. The destruction wreaked by the floods becomes a telling and a dismantling of other devastations and the sanctuaries of family and home. In its structure, Jan Villa is a vortex, drawing to its center all that surrounds it.

City Beyond is a film that speculates about the lives led by the inhabitants of a submerged civilisation. The superstructure has been recently discovered in the crevices of the ocean floor. The film moves through the submerged landscape, gathering glimpses of life, times and the end of the civilisation.

Bare (Santana Issar, India, 2006 color, sound, 11min)
A poignant short in which the filmmaker uses home-movie footage and recorded telephone conversations to reach out to her alcoholic father.


There is Something In the Air is a call from the periphery of sanity. This documentary is a series of dream narratives, and accounts of spiritual possession as experienced by women ‘petitioners’ at the shrine of a Sufi saint in north India. Drama unfolds via dreams, and appearances of djinns and disappearances of women. The shrine becomes a space of expressions of longing and transgression. The film invites the viewer to a fantastical world, where fear and desire is experienced through dreams and ‘afflictions of air’. The shrine is a space where performance becomes the only rule of engagement, and one can begin to think of the possibilities that ‘insanity’ produces.