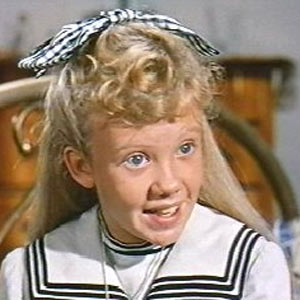 Oddball Films and guest curator Emily Schleiner present Fooled By A Feeling!, an evening of films about self-fulfilling prophecies, wacky prejudice, and, ultimately, the process of making difficult choices. Featuring excerpts from Optimist-Pessimist: Which Are You?, an edited version of the 1975 Pollyanna story.  Watch the fabulous animated musical Dr. Seuss on the Loose: The Sneetches, The Zax, and Green Eggs and Ham (1973), a classic bundle of stories that deal with themes like prejudice, materialism, and compromise, vocals by Allan Sherman.  See Square Pegs, Round Holes (1974) a kooky animation about a walking and talking peg searching for a niche to call home!  Will he settle for a less than ideal situation? In The Superstition of the Black Cat (1934) a couple takes the long way home after a cat crosses their path.  Will their fearful predictions come true after they turn around and recount a myth about black cats?  Stan Laurel and Oliver Hardy are down on their luck in the film One Good Turn (1933), living in a shantytown and going door-to-door begging for work.  Will things go well for them if they get one good turn?!  Finally, see a 70’s documentary called Human Image: What is the Good Life?, a hilariously dated query into the lives of everyday people.  Be impressed by the excellent mustaches and bellbottoms!

Plus! Watch an arrogant lion eat his words when he ends up needing help from a mere mouse in the animated short The Lion and the Mouse (1959).  Whether you want to see funky animations, or a slapstick black and white, there is something here for everyone!

Optimist-Pessimist: Which Are You? (1975, color, 10 min)
The 1960s movie “Pollyanna” was re-edited and released as a TV mini-series in 1975.  In this episode little miss Pollyanna is in a new town where the locals are pessimists.  She tells them about her optimistic view and is criticized vociferously.  Eventually, some of the townspeople begin to thaw towards her, especially the local preacher, an old codger who is full of fire and brimstone.  This show aims to communicate how optimism helps to form healthy attitudes that let one live life to the fullest.

The Lion and the Mouse (1959, color, 10 min)
In this flick the fable ‘The Lion and the Mouse’ is animated.  The king of the jungle is a ferocious and arrogant lion who laughs at the idea that a tiny mouse could help him. He lets a captive mouse go when the mouse tells him "I will have faith in you.  And you will have faith in me that someday I will be able to help you!"  When the lion is in a pinch, will the mouse be able to help?!

Human Image: What is the Good Life? (1974, color, 20 min)
A camera crew combs the streets asking people “What’s the good life?”  Starting with strangers and then focusing in on a few individuals for more in-depth interviewing, see the views of four young adults on their ideal life. This 70’s self-help styled documentary ultimately tries to help young people define the goals that will best fulfill their potential as individuals and as citizens.  Plus!  Catch 70’s mustaches!


Square Pegs, Round Holes (1974, color, 10 min)
This wacky animated story is about a square peg different from all the other pegs.  This peg knows that its destiny is different from the other pegs and sets out to explore the world and find its niche.  With dancing, hand-drawn-lines, this film is in the style of a children-TV-show, but deals with serious topics such as: stereotyping, conformity, and peer pressures.  Finally, and lightheartedly, it advocates a search for one’s own niche through experimentation with alternate life styles!

Dr. Seuss on the Loose: The Sneetches, The Zax, Green Eggs and Ham (1973, color)
Dr. Seuss explores the world of attitudes in three short stories: The Sneetches are a group of vaguely avian yellow creatures who live on a beach. Some Sneetches have a green star on their bellies, and in the beginning of the story the absence of a star is the basis for discrimination.  The Zax are resistance to change; a North-going Zax and a South-going Zax meet, quite unwillingly, face to face in the Prairie of Prax and refuse to compromise.  In Green Eggs and Ham, the reluctance to try something new is played out in every circumstance!

The Superstition of the Black Cat (1934, B&W, 10 min)
A black cat crosses the path of a husband and wife who then recount an old story about black cats.  This is the beginning of how people came to believe that having one's path crossed by a black cat is bad luck.  During this flashback, a witch sends her cat to cross paths with two young peasant girls. When the witch captures one of the girls, chaos breaks lose!

One Good Turn (1933, B&W, 20 min)
In this famous film, Laurel and Hardy are poor and luckless; all they need is one good turn and things will turn around for them.  Or will they?  After leaving their shanty-town, the dynamic twosome go door to door asking for work.  When a woman takes them up on the offer they get to work but misconstrue something overheard.  In a rehearsal of a play, the woman says her landlord is taking away everything.  The boys are concerned but one accuses the other of taking her purse.  Will they work things out?!  Full of slapstick chase scenes and flying logs, watch as the stellar Stan Laurel and Oliver Hardy navigate through hard times!

Curator biography:
Emily Schleiner is a Brooklyn and Davis CA-based new media artist and thinker.  She has been writing since 2009 and has shown internationally.  She has been published in the Trondheim's TEKS's 'Making Reality Real' Journal and has presented at the 2nd Inter-Disciplinary.net Global Conference in Budapest. She received her Masters from Performance and Interactive Media Arts department at Brooklyn College, NY in 2010. More about Emily: http://www.cordial-emily.com/ .