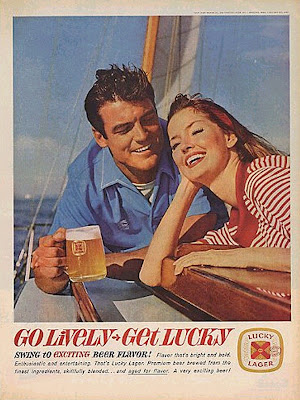 Oddball Films and guest curator Margaret Jamieson present Get Lucky. Look out! Is it good luck, bad luck, lady luck or no luck at all? A playful blend of high advertising, low camp, sweet narratives and the real explanation for superstitions this program offers everything from Motorcycles on Ice to the Evil Eye to Lucky Seven Sampson - you’ll walk out of the screening looking for quarters on the sidewalk but expecting pianos to fall from the sky.  Standouts include:  Cannes 1959 Special Jury Prize and Academy Award winner The Golden Fish (1959) a charming film about a boy, his fish, his bird and a sneaky cat; The Superstition of Walking Under a Ladder (1934), explained by sheet-togaed Greeks visited from beyond the grave by bad luck; Don’t Push Your Luck, a 1967 work-safety film that will convince you that bad luck is worse than no luck at all; Marlon Perkins, visiting uninsured, inexplicably happy people in Mutual of Omaha’s Wild Kingdom. Plus! Annoying hyperglycemic white kids in Lucky Charm commercials, an episode of The Fred Waring Show with terrible acting, wonderful singing, bonnie lasses and the luck of the Irish, and much more! 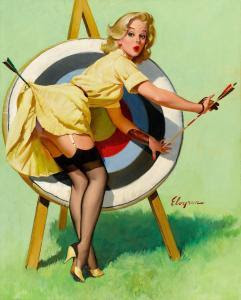 Lucky Draft Beer commercials: Like Cassavetes was persuaded to work for beer. Also file under: Alphaville without Irony. 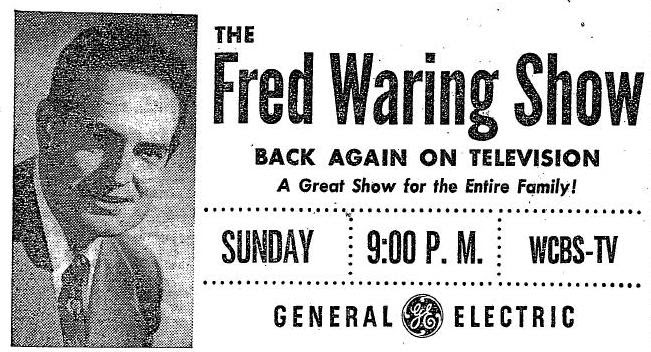 The Superstition of Walking Under a Ladder: Explained! By going back in time to revisit the original Greek story of a thief and a brother’s revenge, all before a picnic in the park. This hilarious short from 1934 is educational, if you are interested in overacted death scenes.

Nation of Immigrants (part one) Based on a book by John F. Kennedy, the remarkably JFK sounding and lookalike narrator tells us why, exactly, the luck of the Irish is not really that.

Telesports Digest: Motorcycles on Ice: a little skill, a lot of luck. All set in the mitten of Michigan.

Rarely, very rarely, does a doll look so evil yet accomplish so much good. In the 1962 extended public service announcement that is Safety Belt for Susie, we learn all about why we should all have life sized, dead-eyed amanuensis. Also: Crash Test Dummies! 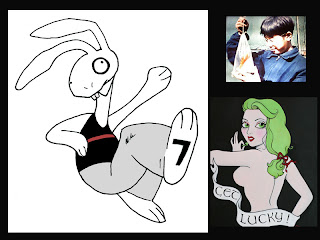 The beloved Scholastic Rock (Xerox’s answer to Schoolhouse Rock which didn’t quite catch on) presents Lucky Seven Sampson, from 1973. There is so much to learn about the number Seven, goofy rabbit animation, and the anti-authoritarian tendencies of films in the 70’s. That, and prime numbers.

Don’t Push Your Luck, a 1967 work safety film, has the psychedelic effects and deeply subjective perspective that will remind you that Easy Rider was a product of it’s time. But in this film, bad luck (or a bad workplace safety decision) is worse than no luck at all. You might need to close your eyes.

Icarus-like, the subjects of Consequences: Spinal Chord Injury tried their luck at hang-gliding, surfing and other exciting sports, only to discover that the Consequences catch up to you, even on a trampoline. 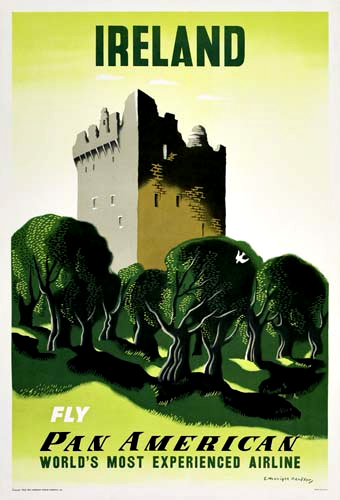 Mutual of Omaha’s Wild Kingdom: Marlin Perkins goes to the ends of the Earth to sell insurance to Laplanders, while back at home, sudden injury makes your life insurance policy the salvation of your family. Moral of the story: You should have moved to Lapand when you had the chance.

Edmond Séchan’s charming 1959 film The Golden Fish won the Special Jury prize at Cannes and its easy to see why: a story deftly drawn in small moments, a boy, his fish, his bird, and a cat, enough joy and mastery to do without dialogue. Often compared stylistically to The Red Balloon, The Golden Fish is a captivating little film.

Wings To Ireland, a travelogue sponsored by Pan-American Airlines, features a kiss of the Blarney Stone and a sad eyed girl singing a lovely song.
Email ThisBlogThis!Share to TwitterShare to FacebookShare to Pinterest
Newer Post Older Post Home