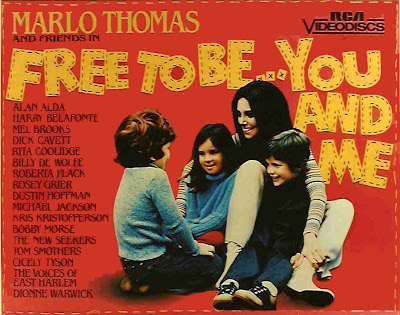 Get on your footy pajamas and get ready to shuffle down "Memory Lane" as Oddball Films and guest curator Kat Shuchter bring you the complete 1974 Emmy award-winning Television broadcast of Free to be You and Me.  Marlo Thomas gathered together a cavalcade of stars to teach children positive, “modern” values, like gender and race-equality, tolerance, selflessness and most-importantly singing and dancing.  Roberta Flack and Michael Jackson play dress-up and accept their physical shortcomings in When We Grow Up.  Mel Brooks voices a cheeky baby puppet, Alan Alda lends his voice to the story of a princess who outruns all the boys, while football player Rosie Grier sings It’s Alright to Cry.  Harry Belafonte teaches us that Parents are People, and Marlo sits and sings fireside with Kris Kristofferson and Rita Coolidge.  There’s singing, dancing, cartoons, and plenty of laughs.  With vintage commercial breaks an episode of Sid and Marty Kroft's The Banana Splits - the love-child of Sid and Marty Krofft and Hanna-Barbera! It's a night of nostalgia you've never forgotten... 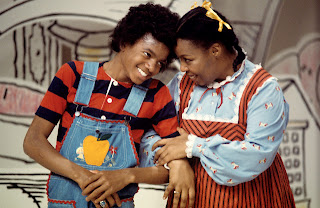 
Finding a dirth of positive, modern-thinking children’s literature and programming, Marlo Thomas (That Girl) set out to gather some of the biggest names at the time to teach the new generation of children about race and gender equality, caring, sharing, overcoming stereotypes, self-sufficiency, the validity of boys owning dolls, and the brotherhood of man. First a record, then a book, and in 1974, Free To Be You And Me became an Emmy-Winning television broadcast. With singing, dancing, cartoons and puppets! The magic of Free To Be You and Me was its effortless way of making heavy ideas of feminism, consumerism and understanding palatable and entertaining for children and adult-children alike. 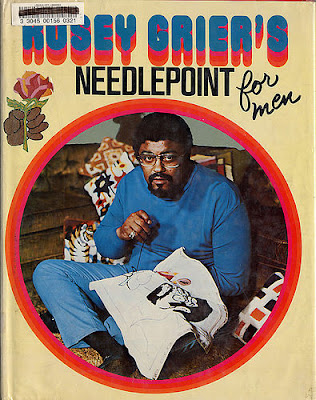 Boy Meets Girl
In this classic sketch, Mel Brooks and Marlo Thomas take a light-hearted approach to the discussion of gender roles, as two babies postulating on their own sexes. Then, throughout the program, the two babies sing songs, poke fun at agism and give us that good ole fashioned Mel Brooks schmaltz.

When I Grow Up
Roberta Flack and Michael Jackson play young children, imagining a future with their current physical shortcomings. The late great MJ croons “And I don’t care if you’re pretty at all and I don’t care if I never get tall. I like what you look like and I’m nice small. We don’t have to change at all.”

Parents are People
Calypso crooner Harry Belafonte and Marlo attempt to alert children to the fact that their parents have dreams, jobs and other responsibilities besides their needy children. Donning various garbs of kinds of employment-including Marlo wielding a jackhammer- this ditty also encourages kids to choose their own paths in life, not to let gender roles stand in the way.

It’s Alright To Cry
Rosey Grier was an NFL star turned Renaissance Man, presidential bodyguard, singer, actor, needlepoint enthusiast, and Christian Minister. In this comforting ballad, “The Gentle Giant” teaches girls and boys alike that a little tearfest never hurt anyone, and even one of the Fearsome Foursome can be “sad and grumpy, down in the dumpy.” 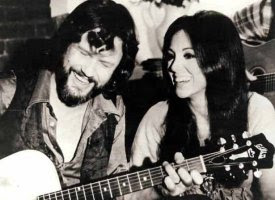 Circle of Friends
Country legends Rita Coolidge and Kris Kristofferson sit fireside with Marlo and hail the brotherhood of man, in this feelgood tune. “Love goes around in a circle” will have your arms around your neighbor’s shoulder, rocking ever so slightly, back and forth.

The Banana Splits
The retro-kids TV party doesn’t stop there! We’ve also got a super fun episode of the show that was the magical juxtaposition of Sid and Marty Krofft’s fuzzy-suit creatures and Hanna-Barbera cartoons, The Banana Splits is a trip…back in time!

Curator’s Biography
Kat Shuchter is a graduate of UC Berkeley in Film Studies. She is a filmmaker, artist and esoteric film hoarder. She has helped program shows at the PFA, The Nuart and Cinefamily at the Silent Movie Theater and was crowned “Found Footage Queen” of Los Angeles, 2009. This is her 8th program at the archive. 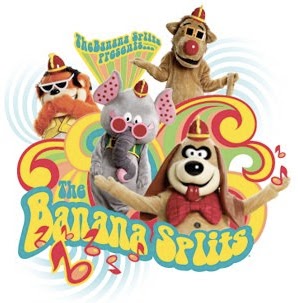