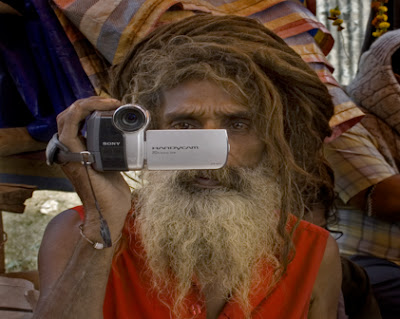 Oddball Films presents The Idea of India, a program of films exploring the many facets of Indian culture from science to spirituality, from art to anthropology, from ritual to religion and more. The program focuses on the fascinating, all-encompassing and yet contradictory concepts of Indian culture and its people. Films feature a diverse selection of films examining various aspects of Indian life from the 1930s to the present day featuring rare home movies, seldom screened ethnographic films, made-in-India docs, award-winning portraits of Indian culture and footage of present day religious rituals. World renowned cultural scholar, and Bay Area resident Huston Smith examines India’s extraordinary leap of consciousness that birthed the concept, “You are God.” in India and the Infinite (1979), exploring both the paradoxes and extremes, the sensuality and asceticism in India, Juggernaut: A Film of India (1969) reveals a nuclear India through the eyes of her people as they watch the journey of a convoy carrying a calandria, the 70-ton heart of a nuclear reactor to Rajasthan, Bombay Movies (1977) follows mega Bollywood star Vinod Khanna as he introduces American audiences to cinema, Indian-style, The Dam at Nagarjunasagar (1972) is an eye-popping profile of the 30,000 people who constructed the world’s largest masonry dam in Andhra Pradesh, Drums of Manipur (1952) is a rare look at the music and cultural festivals of tribal Manipur, located in the mountainous regions of Assam, The March of Time: India’s New People (1952), a revealing portrait in contrasts of contemporary Indian society 5 years after independence, Kathakali: Dances of India (1948) is a precious film showcasing the temple dances of Southern India. The program also includes rare Kodachrome home movies of the holy city of Varanasi and legendary filmmaker S.N.S. Shastry’s I Am Twenty (1967), a verite look at over a dozen Indians and their thoughts after 20 years as a nation. Also: Clips from Heritage of India (1930s) featuring the Jantar Mantar Astronomical Observatory built in the 17th Century, the touristy curio Mystic India (1942) and South Indian temple festival footage shot live in Kerala in 2011. 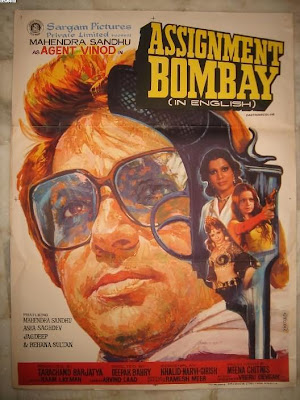 India and the Infinite (Color, 1979)
Images gathered from Kashmir to Varanasi to Mumbai combine with the poetic narration of renowned historian Dr. Huston Smith (author of the classic Religions of Man) to underscore how so much in Indian culture, from the most mundane daily ritual to temple ceremonies, carries the promise of spiritual awakening. India and the Infinite explores India’s many religions - Islam, Jainism, Buddhism, Sikhism, Christianity and, of course, Hinduism – its love of ritual and what it symbolizes, its great art and architecture, and the extraordinary leap of consciousness that birthed the concept, “You are God.”
Exploring both the paradoxes and extremes, the sensuality and asceticism present in this remarkable culture Smith, one of the most eloquent and accessible writers on the history of religion and culture brilliantly conveys the seemingly impossible task of giving viewers a concept of what India is truly like-from the inside out. Winner of the Cine Golden Eagle, 1979 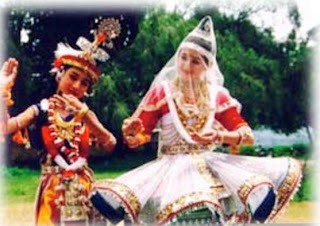 Juggernaut: A Film of India (Color, 1969)
India is a nation for whom tradition dictates the details of everyday life. Its culture is rooted in the past yet it must deal with the problems of today: hunger, disease, poverty and overpopulation. India is revealed through the eyes of her people as they watch the journey of a convoy carrying a calandria, the 70-ton heart of a Canadian nuclear reactor, to Rajasthan, passing over roads specially strengthened and through city walls torn down to make way. A thought-provoking and unforgettable commentary on the nature of India.

The Dam at Nagarjunasagar (Color, 1972)
A profile of the construction of the world’s largest masonry dam built across the Krishna River, Nagarjuna  Sagar, Andhra Pradesh in central India focuses on the daily tasks of the 30,000 men, women, and children involved in this colossal 14-year project. Directed by Gene Searchinger and narrated by Ossie Davis. 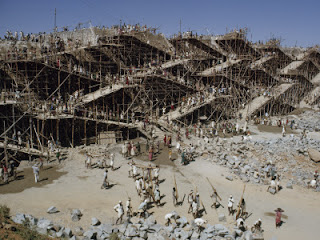 Drums of Manipur (B+W, 1952)
Today Manipur is at war with itself and India and deep divisions run through this state. This is a rare and naïve look at the music and cultural festivals of Manipur, a tribal state located in the mountainous regions of Assam, India. A long lost view of a state like no documentary, textbook or feature film will ever provide.

The March of Time: India’s New People (B+W, 1952)
A newsreel study in contrasts of the new Indian society in transition 5 years after independence.  The film features an interview with Peter Hopkinson, March of Time cameraman, about India. Footage examines the lifestyle of the Maharajas including the Maharaja of Jaipur, Sir Sawai Man Singh Bahadur and his lavish lifestyle, relatives, polo playing, airplanes and cars. These scenes are contrasted with the lifestyle of a poor family of untouchables near Madras –including domestic scenes, basket making, schooling and  religion. The `new industrialists' are also featured including the Tata family and the Parsees of India.  Finally we examine the Indian film industry on the set of a feature film and the life of a religious Brahmin and his religious ceremonial observance.

Kathakali: Dances of India (B+W, 1948)
A remarkably precious film showcasing the Kathakali temple dances of Southern India. Kathakali, one of a myriad of Indian dances consists of a visually bizarre and stunning series of complex gestural dances utilizing the face, eyes, mouth, lips and the entire body to create a stunning theatrical range of human emotion. 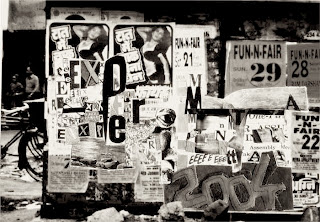 I am Twenty (B+W, 1967)
The 1960s saw an explosion of documentary filmmaking in India. Films like I Am Twenty and India ‘67, took as their subject the 20 year old nation. These films were innovative in their structure and searching in the questions they asked of their country, years after Nehru’s grand experiment in government.

For decades Indian audiences had been "informed and educated" through didactic narrated documentaries. In these films the Indian citizens finally speak from the screen. S.N.S. Sastry’s I Am Twenty was structured around interviews with young people who were born in 1947 when India attained her freedom. The film made a tremendous impact because the young people whom Sastry interviewed on camera came out with force and exuberance. They expressed their feelings with candor. Young men with uncertain futures questioned bitterly: "Is it freedom to starve and go naked?" "Well I don't love my country... and even if I did, to whom should I speak of my love?" This note of dissonance, an element of doubt was something new to the officially sanctioned Indian documentary. These films were made by independent filmmakers who were politically active and, like the government, recognized the power of the medium to bring change. Filmmakers like S.N.S. Shastry and Pramod Pati made experimental short films that were political both in their subject matter and in their opposition to the default government perspective.