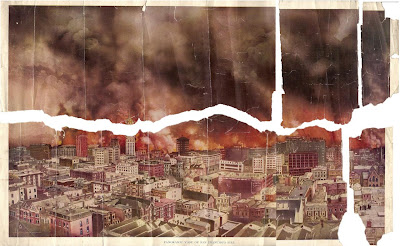 Oddball Films and Guest Curator Soumyaa Kapil Behrens present, The San Francisco Experiment: A Grand Disaster. This new monthly series takes a look at the cinematic and pedagogical history of this great city. Part visual archeology and part experiment this program sheds lights on our fair city's darkest corners and it's most sophisticated triumphs.  Featuring, the classic 1906 San Francisco Earthquake Film (ca. 1930) with awesome footage from the turn-of-the-century quake aftermath and The Ageless Cable Cars of San Francisco (1955) documenting the urban growth along the relic laden journey of the still famed cable car.  Excerpts from Hell On Frisco Bay (1955) with Noir darling Edward G. Robinson and The Times of Harvey Milk (1984), one of the most important historical films ever made on SF-- and an Academy Award winner.  Rare footage from over the years including the first broadcast ever made on TV in SF, colorful hippies and sassy low riders.  Vietnam Epilogue (1973) made by the Hearst Corporation’s newsreel division also takes a look at the politics and horror that surrounded America’s war efforts in Vietnam, Nixon, LBJ, and nationwide protests all play a role in this short film that walks the line in diplomacy and dissent.  Plus! Other newsreel gems round out the night of disaster, intrigue and drama that steered San Francisco to what it is today. 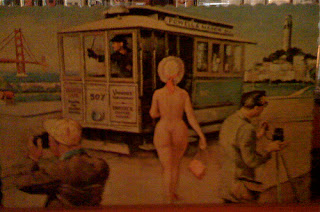 San Francisco’s Ageless Cable Cars (1955, color)
Traverse the classic haunts of San Fran through the eyes of the cable car.  Andrew Hallide brought the cable car system to America after witnessing a terrible accident of horses and a carriage trying to make their way down a steep SF hill in the late 1800’s.  Today, it is still the most appropriate form of transportation over and about San Francisco’s steep hills and valleys.  This doc takes the viewer through the routes of the cars and illuminates its many characters and uses along the way. 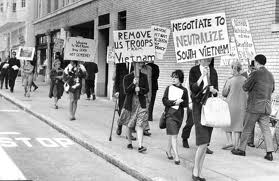 Epilogue Vietnam: End of the Tunnel (1973, color)
Part of the Hearst Corporation, the Hearst Metrotone Newsreel produced a series of historical films documenting wars and other social movements.  This short follows Vietnam from the battle at Dienbienphu in 1954 to the treaty signing in 1973.  Less conservative than most of their documentaries, this epilogue contains moving footage from our nation’s presidents and enormous protests that still rock the world’s stage.

Hell On Frisco Bay  (1955, color - excerpt)
No show about San Francisco is complete without a noir featuring the famed Edward G. Robinson, Alan Ladd and Joannne Dru.  A man seeks vengeance after being falsely imprisoned set-up by an unknown enemy.  Set in the city by the bay and featuring every motif known to noir, the opening of this film is sure to revive your sense of intrigue that defines what it is to be literally so close to your dreams yet still fathoms away. 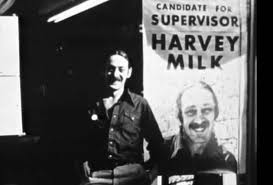 The Life and Times of Harvey Milk (1984, color - excerpt)
Rob Epstein’s Academy Award winning film recounts the man who was bigger than life-Harvey Milk, SF’s first gay supervisor and victim of murder at City Hall.  This is a stunning film that never once allows the viewer to forget that Harvey is no longer with us.  The movie is a must-see for anyone who cares to know anything about San Francisco history.

Short Various (1930’3-1980’s) color/bw
This collection of footage, short films and newsreels covers SF from a slicked up and glittering town to the nitty gritty of the people who fill it.  Includes the first TV broadcast in San Francisco, footage from the 1906 quake aftermath, hippies and low-riders.  Also includes wild silent outtakes of Harvey Milk, Dan White, and other SF crime oddities.

Curator Biography
Soumyaa Kapil  Behrens is a filmmaker based in San Francisco.  Behrens is currently directing “MY GARBAGE, MY NEIGHBORHOOD”, a documentary film on the legal battle against eviction for one of the oldest recycling centers in San Francisco located in Golden Gate Park.  Behrens also produces film and video in the Bay Area for other artists and nonprofits.  She sits on the Board of Directors for BAWIFM (Bay Area Women In Film/Media) and has taught classes at a variety of local institutions.  She also holds an MFA in Cinema Production from San Francisco State University.