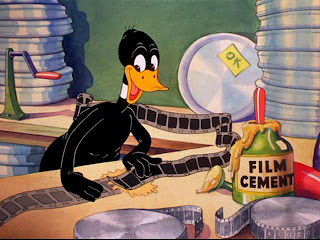 Oddball Films curator Stephen Parr presents the 50th installment of our monthly series Strange Sinema. This very special interactive program Strange Sinema 50: How it’s Made! features an evening of how-to film making including How to Make a Movie Without a Camera (1972) takes a cue from Len Lye and Stan Brakhage and shows kids how to be avant-garde film stars; History of the Cinema (1958) a British animated history of the cinema, Begone Dull Care, a cameraless film by internationally renowned National Film Board of Canada animator Norman McLaren, with jazz score by Oscar Peterson, Camera Magic (1943) street photographer Weegee’s film about trick filmmaking; John Halas’s an undeniable classic of animation The History of the Cinema (1957), Frame by Frame, shows us how to make eye-popping films, Mandatory Edits is a rare tv film editors’ compilation of censored clips of sex and violence and Frank Film (1973) is Frank Mouris’s stop-motion free-associative collage of 11,592 media images collected from magazines; and Daffy Duck remixes Hollywood films in Daffy Duck in Hollywood (1938). Plus! Try your hand at filmmaking! Before the program starts all attendees will work together to splice, select, mutate and create a “camera less” film from Oddball’s 16mm stock images. This Exquisite Corpse film will be screened at the shows’ finale! 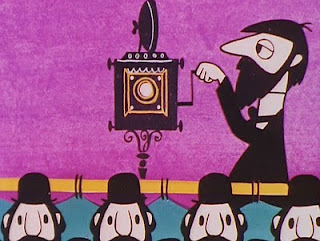 How to Make a Movie Without a Camera (Color, 1972)
Taking a cue from Stan Brakhage, Len Lye, and other avant-garde film makers, Michael and Mimi Warshaw encourage kids to make beautiful movies by scratching and drawing directly on film. Using just these simple techniques and a catchy soundtrack, the Warshaws show that it doesn’t take a big studio budget or an all-star cast to craft a movie that makes more sense than Inception. 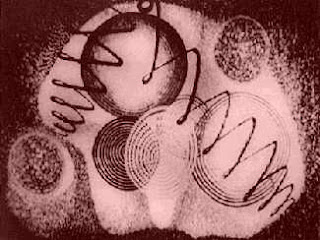 History of the Cinema (Color, 1957)
The History of the Cinema is an undeniable classic of animation, very British in its humor and very tied in with its period. With an irrepressibly optimistic narrator and great wit it takes us from the cavemen daubing on the rock, the pinhole camera, through the early silent movie era, and eventually to the rise of television. John Halas' 1957 movie also manages to convey facts in an amusing way. Thus we learn why Hollywood was so good for film-making (sun, dependable sun) and the vital role the censor paid in movie history - essentially he snipped away all the good bits of film and left the audience with the rest - and even the fads designed to withstand the impact of the little box in the home. 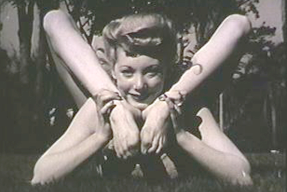 Frame by Frame (Color, 1973)
At this point in time it’s rare that imagemakers touch their media. But film (16mm or 8mm) is inherently a hands-on, tactile process. In that lies the simplicity and beauty of the filmmaking process. Frame by Frame provides a detailed an informative look at film animation techniques including flicker, time lapse and single frame techniques. Other techniques such as cut-outs and drawing on tracing paper. The film emphasizes a free-form approach to filmmaking with eye-popping pop art and psychedelic clips.

Frank Film (Color, 1973)
An autobiography of Frank Mouris and a stop-motion free-associative collage of 11,592 media images collected from magazines, which shift and mutate across the screen as Mouris reads a list of words starting with the letter "f". The words bounce off the images and trigger memories, which Mouris recounts on a second track, interwoven with the recitation. Mouris received an Academy Award and the film was selected in 1996 for inclusion in the National Film Registry. Frank Film, because of its innovative and energetic use of collage, has exerted an influence on succeeding generations of animators.

Mandatory Edits (Color+B+W, c.1950-1965)
This wacko reel of censored film clips will be presented as found.  Marked “Mandatory Edits” and compiled presumably by the editor at the big Los Angeles TV station where this reel originated, these feature film clips were apparently deemed too violent, sexual, suggestive or shocking to be shown on TV.  Jarring edits take you from the Civil War to WWII to the old West, to Ancient times and back, and from color to B &W.  See flaming arrows in the chest, suggestive undergarments, bloody stumps, heaving breasts, and so much more!  See Gary Cooper, Buddy Greco, Burt Lancaster, Charo, and a cast of thousands together in the boldest film that never was!

Daffy Duck in Hollywood (1938)
Watch Daffy Duck wreak havoc on a movie set by cutting and splicing together various clips into finished product of a movie contains nothing but newsreel titles and clips surrealist style. An unintentionally avant garde masterpiece!