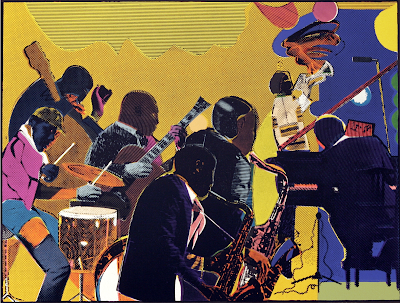 Oddball Films and guest curator Landon Bates bring you Pure Cool, a screening swinging with a heady and hip sound called Jazz.  This program highlights jazz music from the '50's and '60's, roughly ranging from the lush minimalism of Cool Jazz to the feverish dissonance of the Post-Bob era.  Two of the films are slight but sweet digressions, included for their notable jazz scores, but the majority touch upon the cultural image of jazz--the "cool" aesthetic with its hipster lingo, the underground jam sessions held in after hours exclusivity.  We kick off our set with a classic of jazz cinema, Jammin' the Blues (1944), which features the coolest of cats, Lester Young, sitting in a relaxed slouch with his sax slung to his side as he wails a languorous line; a cigarette smolders, pinched between two fingers as he plays, but against the black background it looks as though his horn is smoking and you can see the tones floating up from it.  Music is made manifest for real in USA Dance: Echoes of Jazz (1965), a film showcasing modern dance interpretations of music from the 3rd Stream movement, which fused orchestral and avant garde styles.  Some of the dramatically choreographed steps we’ll see include ‘snake hips’, ‘shooting the angus’, and ‘the mooch’.  We’ll then slide into Glass (1958), an award winning short that sets the mellow music of the Pim Jacobs’ Quartet to the elegant movements of a team of expert glass blowers, whose puffed-out cheeks resemble those of jazzmen.  Lenny Bruce then riffs on hipster speak in Ernest Pintoff’s animation, The Interview  (1960).  Bebop or beatnik culture gets ribbed again in Help, My Snowman is Burning (1964), a sort of absurdist short by Carson Davidson, which stars Bob Larkin and features music by the Gerry Mulligan Quartet.  We then move from parody to the real thing with our final two films.  We’ll glimpse rare footage of Art Blakey playing with his Jazz Messengers at a San Francisco night club, sweating torrentially as he reigns down thunderously upon his drum kit.  And, finally, we’ll close with Mingus (1968), Tom Reichman’s intimate cinema verite film that sheds light on the bitter-sweet reality of Charles Mingus’s life in New York City in the late ‘60’s.

Jammin’ the Blues (B&W, 1944)
Probably the most famous jazz film ever made- produced by jazz impresario Norman Granz, directed by Gjon Mili and featuring incredible performances by Lester “Prez” Young, Harry “Sweets” Edison, Illinois Jacquet, Barney Kessel, Marlowe Morris, John Simmons, George “Red” Callender, “Big” Sid Catlett and “Papa” Jo Jones.  Nominated for an Oscar in 1945 and entered into the National Film registry in 1955, this film simply must be seen by any serious jazz fan. Cinematography was by the later Hitchcock stalwart Robert Burks on his very first DP assignment.  There is a noir ambience to the film and each scene has a formal elegance that is enthralling. Mili has total command of his form (his only film as director!), and the mise-en-scene and continuity are impeccable. 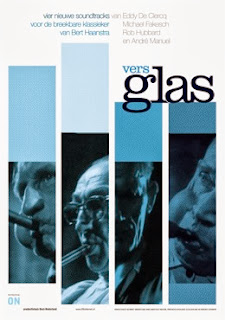 USA Dance: Echoes of Jazz (1965)
Kinescope of an episode from the TV series USA Dance, this clip features interpretive dance (choreographed by John Butler) set to a Gunther Schuller piece (based on a theme by John Lewis of the Modern Jazz Quartet).  Schuller was the major exponent of Third Stream Music, a synthesis of classical music and jazz improvisation. 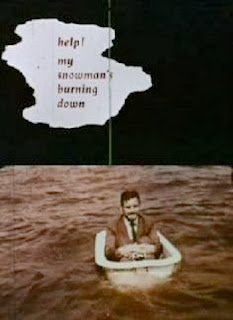 Help, My Snowman’s Burning Down (Color, 1964)
Academy award-nominated (and Oddball Films favorite) short by Carson Davidson starring Bob Larkin (later in the cult film Putney Swope).  Beatnik lives outdoors on a boat dock off Manhattan with only bathroom furnishings and a typewriter.  Utilizes great stop motion and surreal effects, and the original coolly swinging music of the Gerry Mulligan Quartet. 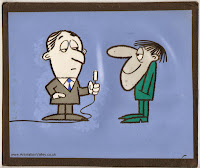 The Interview (Color, 1960)
Animated short by the brilliant Ernie Pintoff has square interviewer befuddled by fictional hipster jazz musician Shorty Petterstein (voiced by Lenny Bruce) as the Stan Getz combo blows and riffs “off camera”.  “Like, don’t hang me- I didn’t wanna fall up here in the first place!” 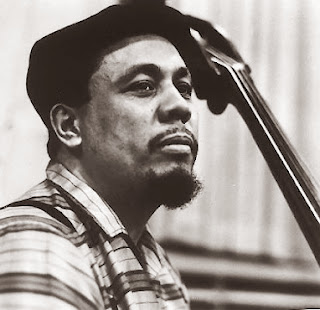 Mingus (B&W, 1968)
Tom Reichman's penetrating cinema verite look at the struggle of jazz icon Charles Mingus as he and his daughter face hard times. Rare and riveting footage of Mingus performing on stage in a nightclub near Boston, conducting a big band and composing and singing is inter cut with scenes of the proud musician in his cluttered New York loft, where-- while awaiting eviction-- from his failed dream of a jazz school-he speaks candidly on topics ranging from music to sex to racism.
Mingus, originally from the Watts ghetto in Los Angeles worked his way up the musical ladder to become one of the greatest musicians in the history of jazz working with virtually everyone in the business. Throughout his career most of his music retained the hot and soulful feel of hard bop, and drew heavily from black gospel music while sometimes drawing on elements of Third Stream Jazz and free jazz. Yet Mingus avoided categorization, forging his own unique brand of music that fused tradition with unique and unexplored realms of jazz. He's influenced countless musicians and artists as diverse as the Alvin Ailey Dance Company and Joni Mitchell (whom he collaborated with). 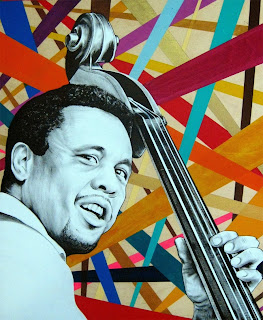 In this film he is joined in performances by Dannie Richmond, Walter Bishop, John Gilmore (Sun Ra) and Charles McPherson playing such tunes as "All the Things You Are", "Secret Love", and "Take the ‘A’ Train". The film is also punctuated with some inspiring poetry.  Charles Mingus is often considered the heir apparent to the great Duke Ellington both for his transcendent musicianship and his visionary compositions.

Curator’s Biography:
Landon Bates is a UC Berkeley graduate of English literature and is the drummer for the two-piece band Disappearing People.