Oddball Films presents Strange Sinema 69: Strange Sex!, Oddities From the Archives, an evening of offbeat discoveries and choice rarities from the stacks of Oddball Films’ 50,000 reel film archive. This installment of Strange Sinema: Strange Sex! is an eye-popping program of perverse pleasures featuring films too way-out and weird to be called Sex. It's a carnal cornupcopia of animated sex, alien sex puppets, kinky drag and steamy smut. Who knows; after this screening you might have a new concept of what sex is really about. We begin with a preshow Bra Barrage with (“I Can’t Believe It’s a Bra”), girdle (“The 18 Hour Girdle”) and cosmetics (“Sex Appeal”) commercials and some trailers for “The Cheerleaders” and the “Naughty Stewardesses” guaranteed to get your blood pumping and heart racing! Other sexual oddities include the world’s first alien teen sex ed puppet film Deciso 3003 (1982) where even puppets (designed by legendary Julie Taymor) feel shamed; VD Attack Plan (Technicolor, 1973), Walt Di$ney Productions' fully animated (and hilarious!) film with some forward thinking approaches on the subject of sexually transmitted diseases, including promotion of condoms (instead of abstinence) and the fact that VD can be spread through same sex couplings; in Red Hot Riding Hood (1943) Tex Avery liberates its storybook characters from their Di$ney-style forest and slaps them in the middle of swanky Manhattan with Little Red as a red-hot singer-stripper and the Wolf as a model of lupine lechery; watch Amour Pour Un Femme (1950) -you’ll never guess which sex is which in this burlesque surprise!; Sandy Sunrise in The Baby Sitter (1971), raunchy, over-the-top animated smut, featuring a girl and her vegetables-with music by the Beach Boys!; Black Cap Drag (1969) showcases a rare look inside swingin’ 60s London draq queen club scene; Ego (1970), a mesmerizing classic of animated eroticism and desire by Italy’s Bruno Bozzetto with soundscore by ultra-lounge master Franco Godi; The Story of Menstruation (1945), another classic Walt Di$ney Production produced for American schools detailing the menstrual cycle.  Rumored to be the first film with the word “vagina” in its screenplay it’s a dreamy bit of preteen fluff with real facts-sponsored by Kotex. Plus much more including: Big Babies (1950s) beefcakes in diapers, a super-sexy Jeno's Pizza commercial (1967), The Excitable Redhead/with Dr. Crackem (B+W, 1948), Pajama Boys' (1971) enema, Wet Dreams (1973), highlights from the Best of the NY Erotic Film Festival (1971), the trailer for Black Mama White Mama (1972) and too much more to mention! 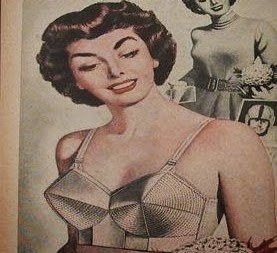 Bra Barrage! (196s-70s) A preshow barrage of bra and girdle ads featuring highlights like “I Can’t Believe It’s a Bra”,  “The 18 Hour Girdle” 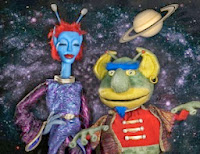 Deciso 3003 (1982)
Peter Wallach, Eli Wallach’s brother directed this bizarre anti-drug PSA, in the height of the “Just Say No” ‘80s.  Two couples of double-headed alien teens set out on what they think is just going to be any other intergalactic trip to the Drive-In (to see Vincent Price in The Fly) but when one of them thinks it’ll be cool to take some meteor pills and get handsy with his date, we all learn that being a teenager isn’t easy for anyone in the galaxy.  The puppets were made by Julie Taymor, director of Across the Universe and Titus, and Eli Wallach narrates, though neither is credited on the internet movie database.  Perhaps, like the teen alien flying home alone, they too feel the shame. 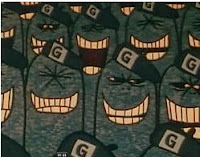 VD Attack Plan (Technicolor, 1973)
“Yes, it’s true. Walt Di$ney Productions has made a significant contribution to the war against VD. “VD Attack Plan” – A fully animated Walt Di$ney 16mm motion picture.” states the brochure accompanying this 16mm educational film. VD Attack Plan had some forward thinking and enlightening approaches (not just for Di$ney but everyone else producing this type of film in 1973) to the subject of sexually transmitted diseases including promotion of condoms (instead of abstinence) and the fact that VD can be spread through same sex couplings.  This “war against disease “ film doesn’t miss a beat-even showcasing some of the graphic effects of the disease in action.  In brilliant Technicolor, just like you’d want it to be.

Red Hot Riding Hood (Color, 1943)
Tex Avery's sensual adaptation liberates its characters from their Disney-style forest and slaps them in the middle of swanky Manhattan. Grandma's a nymphomaniac swinger, and her rustic cottage home a hip penthouse pad. Little Red has become a red-hot singer-stripper; the Wolf is a model of lupine lechery; and the forest is supplanted by a big-city nightclub as the enchanted place of forbidden sexuality. The Wolf tries to pull the old Red Riding Hood gag in order to meet up with Little Red, but Grandma has other ideas. 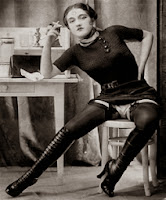 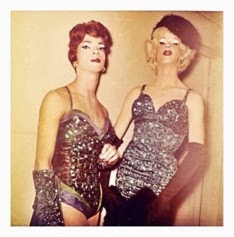 Black Cap Drag (Color, 1969)
It's London, 1969 and the world is swingin’ groovy.  At the New Black Cap, two performers steal the show, and reveal themselves and their stories to the viewer.  Full of heart as well as humor, fun and fabulousness, Black Cap Drag is a remarkable document of two men who can't wait to get dressed like Barbra and Marlene. 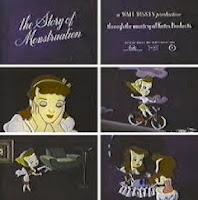 The Story of Menstruation (Color, 1945)
A Walt D*sney Production, The Story of Menstruation is an animated short film produced for American schools detailing the menstrual cycle.  Rumored to be the first film with the word “vagina” in it’s screenplay, this vintage gem is both matter of fact and dreamily flowery. A large-headed girl takes you through the dos and don’ts of menses while helpful diagrams guide us all to better understanding. Sponsored by Kotex! 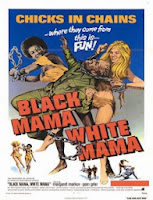