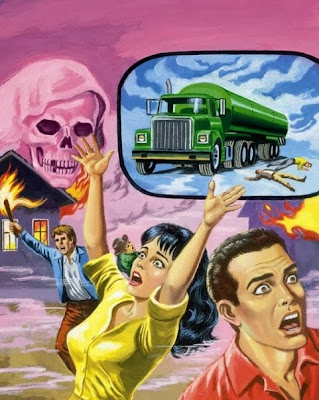 Oddball Films and curator Kat Shuchter present Learn Your Lesson...To Death - A Horrifying Shockucation, the eighth in a series of programs highlighting the most ridiculous, insane and camptastic shockucational films and TV specials of the collection.  This month, we're getting a little morbid for the month of Halloween with a deadly collection of shocking shorts and cartoons. Officers learn about using deadly force in the police training film Shoot, Don’t Shoot II (1972) and adorable cartoon bunny rabbits teach us about the Death Penalty and racial inequality in the justice system in The Punishment Fits the Crime (1972). A little jewish boy learns about loss and sitting shiva in The Day Grandpa Died (1970).  Sid Davis, master of the shock safety film traces back the causes of one reckless boy's senseless death in What Made Sammy Speed? (1957). Gracie Barrie sings about justifiable homicide in Stone Cold Dead in the Market (1946) to teach you boys not to stray.  In Ghost Rider (1982) the new boy just made a friend on the school bus, but why is he the only one that sees her and what lessons can he learn from this mysterious girl? Plus! Horrific excerpts from heroin scare film Dead is Dead and with even more snippets, surprises and early bird specials, this is one event you'll just die if you miss! 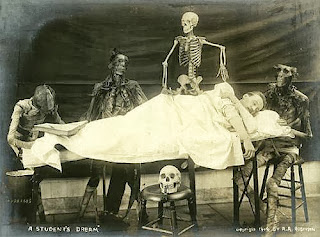 Stone Cold Dead in the Market (B&W, 1946)
Big Band leader and 1930’s Broadway starlet Gracie Barrie sings a lovely little ditty about a wife’s revenge on her cheating husband. This is the original Rhianna “Man Down.”

The Day Grandpa Died (Color, 1970)
Come along as a little Jewish boy learns about death and remembrance when his beloved grandfather takes his final breaths. As his family mourns and sits shiva, he remembers all the great yarmulked times they had together in his long and contented life. 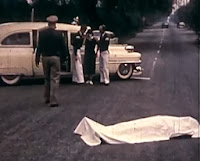 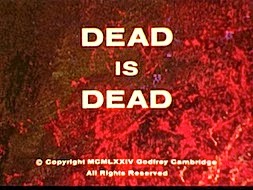 The next time Kevin sees Tracy on the bus, she gives him a bus safety manual and begs him to read it. The other kids wonder who he’s talking to. Then Kevin finds out that Tracy is a ghost. She died in a bus accident, and what’s more, she used to live in the same house as Kevin…
Trivia: Actor Doug Edmunds went on to co-found the 90s powerpop band the Gladhands.

Dead Is Dead (Color, 1973, excerpt)
This one’s the real deal- produced and hosted by comedian/actor Godfrey Cambridge, Dead Is Dead has some of the most harrowing footage of heroin withdrawal ever filmed and the cold, hard facts of the exceedingly unglamorous world of heroin addiction. A scare film that really scares!