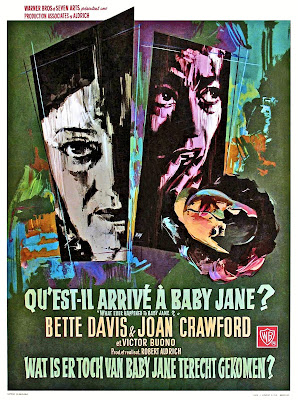 Oddball Films kicks off its week of Halloween Haunts with Baby Jane and the Child Star's Revenge, featuring the creepy classic Whatever Happened to B@by Jane (1962).  Starring two of the grandest of dames from classic Hollywood, Bette Davis and Joan Crawford, Robert Aldrich's macabre masterpiece was made with a prayer and a song, with no major studio willing to finance a picture with "those old broads".  The film went on to be a box-office smash, was nominated for 5 Academy Awards and propelled both aging actresses back into the spotlight.  Set in a decaying Hollywood mansion, two sisters tear at each other's mind with memories of lost stardom, painful accidents and crippling codependence.  When Blanche becomes confined to a wheel chair after a devastating accident at the height of her Hollywood success (and sister's downfall), Jane must care for her sister, amidst the startling decay of her mind.  Driven by jealousy, greed and sadism, Jane plans to be rid of the burden of Blanche and gain her rightful place in the spotlight.  The ferocity of Bette Davis's unnerving portrayal of former child star Baby Jane Hudson counters Crawford's meek interpretation of her crippled and forever-suffering sister Blanche.  Shot in stunning black and white, Baby Jane blends the visual style of a film noir with the psychological twists of great horror. Preceding the feature, we will be screening several rare and startling shorts of 1930's child stars, including an excerpt of a 7-year-old Sammy Davis Jr. in Rufus Jones for President and Shirley Temple as a 4 year old prostitute in the pre-code "Baby Burlesk" Polly Tix in Washington. Everything screened on film with chocolate treats for all! 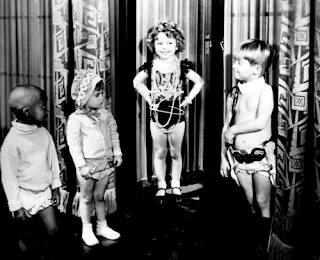