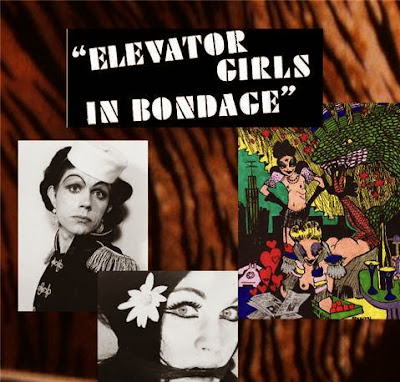 Oddball Films welcomes original Cockettes member Rumi Missabu with a screening and DVD re-release party for the 1972 cult classic Elevator Girls in Bondage.  This audacious piece of madness and nostalgia was directed by Michael Kalmen and stars Rumi as well as other fellow Cockettes Pristine Condition, Hibiscus and Miss Harlow.  The underpaid staff of a seedy hotel rises up in revolt and by the time head elevator girl Maxine (the fabulous Rumi) starts spouting a surreal mix of folk songs and Marxist maxisms, followed by an uproariously explicit sex scene, you'll be ready to join the cause. Rarely has the dissection of exploitation been so silly, or so much fun to watch. A mad, camp satire on almost every type of film from gangster, 40's musicals and monster, to propaganda and pornography, Elevator Girls seems a piece of irrelevant nonsense until satire after satire hits home with unnerving accuracy. Then, in the final sequence, the film bursts into genius.  Plus, Rumi will be presenting an additional half-hour of surprise clips from other film work/music videos as well as a few short live performances to add to the fabulousness.  Films include Interiors, I Scare Myself, Tiptoe Past the Witch and Ruminations.  With Live Performances by Carl with Records, Donna Personna, and Rumi, Patalo Alfonso, Vinc Costa and Shun Trenholm in The Vampire.  A sparkling new re-mastered 3rd edition of the DVD will be available for sale during the event both lipstick kissed and personally autographed for $20.

To describe the Cockettes is to launch into a catalogue of adjectives, none of which would be accurate in itself, and all of which would only confuse. - Ramparts 1972

The Cockettes were to drag shows as Niagara is to wet. - New York Post 1971 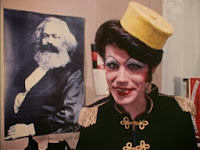 The Cockettes could not exist in the world of established performers, because, ultimately, the Cockettes are sexual outlaws. - Organ 1970

If Bertolt Brecht had slipped in through the side door one Saturday night, he too might have been pleased. - Advocate 1977 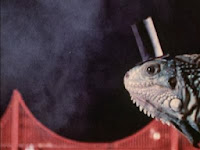 No one really cared if they could sing or dance; the fact that the dared to assume as much was enough for both themselves and their audience. It was event as performance.
- Advocate 1977

Ostensibly a group of freaking fags, drag queens, tinsel fairies, the Cockettes seem to live in some world that is beyond one of Jean Genet's angelic wet  dreams.
- Night Times 1971 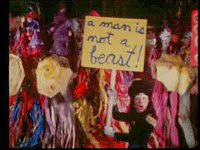 This is the most outrageous thing I ave ever witnessed.
- Truman Capote/Chicago Tribune 1971

My God, this is worst than Hiroshima. - Rex Reed/Washington Post 1971

When yo walk down the street and you see somebody sitting in a mud puddle and they invite you to jump in and you do that's the Cockettes. - Sylvester/Earth 1971
Having no talent is not enough - Gore Vidal/Women's Wear Daily 1971