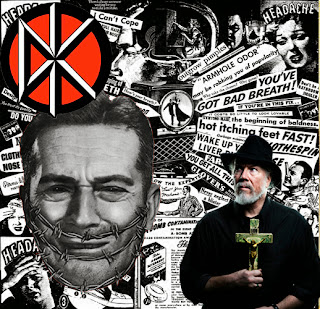 Oddball Films has the rare opportunity to present the fifth annual installment in the innovative interview-based series MESS (Media Ecology Soul Salon) featuring punk innovator and collage artist Winston Smith. Los Angeles media artist and curator Gerry Fialka will interview Smith in person on the Oddball Cine Stage.  A Punk Art Sur­re­al­ist and mas­ter of “hand-carved” col­lage, Winston Smith has craft­ing thought-provoking art since the 1970’s. Smith first became known (and later beloved) for his collab­o­ra­tions with punk leg­ends Dead Kennedys and his numer­ous album covers, inserts and fly­ers for the band in their for­ma­tive years.  His tech­nique of cut­ting out by hand and glu­ing each indi­vid­ual ele­ment has inspired a genera­tion of artists.  Winston has constructed over 50 album covers for a variety of artists and is also a prolific illustrator who has worked for such prestigious and anti-prestigious magazines as The New Yorker and Playboy.This event is a MESS (Media Ecology Soul Salon), an engaging interview by Gerry Fialka with the following modern thinkers who'll address the metaphysics of their callings and the nitty-gritty of their crafts. 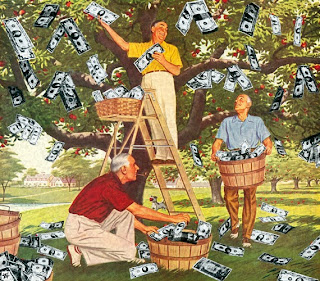 
Punk Art Sur­re­al­ist Win­ston Smith, a mas­ter of “hand-carved” col­lage, has been craft­ing his thought-provoking art since the 1970’s. After being abroad for six years, Win­ston returned to Amer­ica and was aston­ished by the com­pla­cency the Amer­i­can pub­lic exhib­ited towards the cor­po­rate dom­i­na­tion in their soci­ety.  Win­ston began tak­ing “safe” images from mag­a­zines and com­bin­ing them to cre­ate polit­i­cally charged works of art that chal­lenge the viewer to con­front incon­gruities and polit­i­cal para­doxes of mod­ern soci­ety. 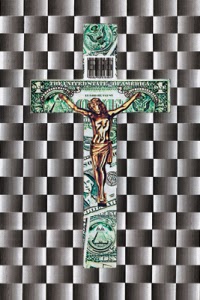 Smith first became known (and later beloved) for his col­lab­o­ra­tions with punk leg­ends Dead Kennedys and his numer­ous album cov­ers, inserts and fly­ers for the band in their for­ma­tive years.  His tech­nique of cut­ting out by hand and glu­ing each indi­vid­ual ele­ment has inspired a gen­er­a­tion of artists.
In 1981, his polit­i­cal shock piece, Idol (pic­tured to the left – orig­i­nally con­ceived in 1977) brazenly adorned the Dead Kennedys album, In God We Trust, Inc.  That album, banned in Eng­land and con­demned by the Amer­i­can reli­gious right, landed Smith and Dead Kennedys a per­ma­nent spot in the punk cul­ture “Hall of Shame.”
-http://winstonsmith.com 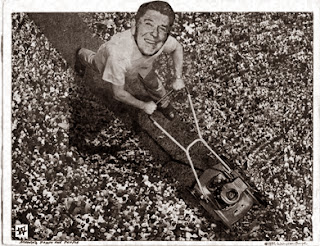 
MESS (Media Ecology Soul Salon), produced by Gerry Fialka since 1997, is based on Marshall McLuhan's insight: "If you don't study the effects of technology, you become its slave." And by "technology" McLuhan was referring to anything humans invent, from language to computers, from philosophy to books, from toothpicks to bulldozers. In dialogues with modern thinkers, MESS provides a forum for probing both the form and the content of media, and for comprehensively surveying-its services and disservices, avoiding bias or point of view. MESS is percept-plunder for the recent future. 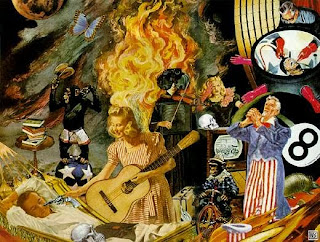 In his book "I, Fellini," Federico Fellini wrote, "I don't mind speaking autobiographically because I reveal less of myself talking about my real life than I do if I talk about the layer underneath, the one of my fantasies, dreams and imagination." MESS peers into the portals of discovering this layer. MESS seeks what lies beyond this layer.

Participants -- including writers, artists, filmmakers, musicians and activists -- are the early radar systems and rear-view mirrors detecting how major transformations in technology affect us. As we live in a MESS-age, this interactive series shakes people out of their regular agendas and reality tunnels. MESS promotes mapmakers who search for new lands and new data. MESS seeks meticulous understanding of every thing we see, hear , feel, taste, and smell, passionately needling the somnambulists and proving that learning can and must be fun. As McLuhan asked, "How are you to argue with people who insist on sticking their heads in the in visible teeth of technology, calling the whole thing freedom?" "Technologies are not mere exterior ads," said Walter Ong, "but also interior transformations of consciousness." And, in his book Immediatism, Hakim Bey observed, "Simply to meet face-to-face is already an action against the forces that oppress us by isolation, by loneliness, by the trance of media." "If it works, it's obsolete." -- McLuhan. "Another fine MESS." - Random Lengths News. 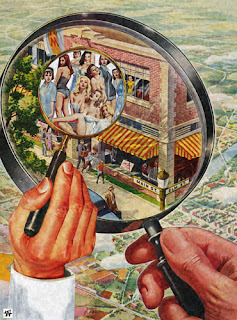 "Gerry Fialka's MESS series is a unique opportunity to meet special artists in a unique, intimate and revealing setting. His intelligence and dedication to research leads to a stimulating and highly interactive interview that is both entertaining and amazingly enlightening." - Phil Proctor of the "Firesign Theatre"

"Great interviewing requires a stimulating interviewer and Gerry Fialka is certainly that. Best part is that he makes the rare act of deep thinking in public before an audience flow as creatively and easily as a Basquiat painting." - Jay Levin, LA Weekly founder and former editor-in-chief


"My experience in Gerry Fialka's MESS series was a scintillating discussion of history, culture, philosophy, sociology and the creative process. His questions and ideas transcend the accepted, traditional limitations of 'the interview.' " - Brad Schreiber, author, producer, screenwriter, journalist 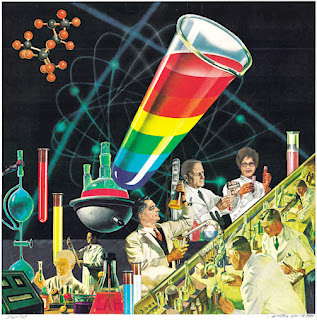