Oddball Films welcomes filmmaker Selina Lewis Davidson for a screening of the remarkable documentary Hell House (2002). Hell House documents a high-tech fire-and-brimstone sermon that a Dallas Pentecostal church puts on every Halloween to scare kids into coming to services. Trinity Assembly of God church invented Hell Houses in 1990 and every Halloween since, they've pulled out truckloads of lights, enlisted hundreds of actors and built an enormous haunted compound from scratch. Trinity's Hell House looks to be just a souped-up haunted house until one enters. Inside, a tour guide dressed as a demon takes groups of kids from room to room to view depictions of school massacres, AIDS deaths, fatal drunk-driving crashes and botched abortions. All the while, demons goad gullible teen actors to commit sins and then drag their recently departed souls off to hell. In the end, the audience is escorted to Hell to watch all of the sinners from Hell House burning and suffering and begging anyone who will listen not to make the same mistakes they made. With full access to the behind-the-scenes action, Hell House the documentary follows the process of putting up the show from the first script meeting until the last of the 13,000 visitors pass through the Hell House doors. The movie gives a verite window into the whole outrageous process of creating this over-the-top sermon while showing an intimate portrait of the people who haunt this peculiar culture.  Before the film, we will be screening a haunting excerpt of the (unreleased on VHS or DVD) 1935 Spencer Tracy film Dante's Inferno, featuring hundreds of scantily clad sinners writhing in eternal damnation.  It's sure to be one Hell of a night! 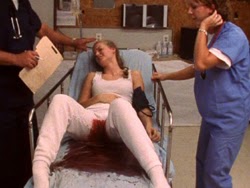 Director
George Ratliff, a Texas native, began his career in journalism. After graduating from the University of Texas at Austin film program, Ratliff moved to Costa Rica to write for a Central American newsmagazine and become a correspondent for Texas newspapers. After returning to the states, Ratliff redirected his efforts to film and has written and directed features, shorts and television programs.

His feature documentary, Plutonium Circus, won awards at the San Francisco International Film Festival, the International Documentary Association Awards, and won Best Documentary Feature at the South by Southwest Film Festival. Prior to Hell House, Ratliff worked as a segment Producer/Director for Split Screen on the Independent Film Channel.

Zachary Mortensen moved to New York from Colorado and received his BFA in film from NYU’s Tisch School of the Arts. He has production managed several feature films including Wrestling With Alligators, Scrapple, Ties to Rachel, The Broken Giant, Vertical City and Todd Phillips Bittersweet Motel, a documentary about the band Phish. He line produced Noah Baumbach’s feature film Highball and has produced a number of music videos and short films including the 360-degree immersive short movie The New Arrival and the award-winning Sundance entry, Second Skin, both by director Amy Talkington.

In 1997 and 1998 Mortensen was the director of production at Caipirinha Productions where he supervised the post-production and distribution of the critically acclaimed documentary feature Modulations. He is currently producing the feature Mac s American Bar by George Ratliff and the feature documentary Stoked by Helen Stickler. 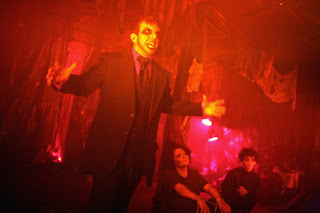 
Selina Lewis Davidson is director of programming at Mixed Greens. After receiving her BA in anthropology at UC Santa Cruz, and working in television in Los Angeles, Selina decided to pursue her desire to make documentaries by attending the New York University Graduate Film Program. She went on to produce film, television, commercials and music videos for more than 10 years prior to joining Mixed Greens. Most notably Selina produced the feature documentary Family Name, winner of the 1997 Sundance Film Festival's Freedom of Expression Award and a 1999 Emmy nominee. She also worked on several projects with the production company World of Wonder, including LA Stories: From the Eye of the Storm, commissioned by the BBC. Selina presently oversees all of Mixed Greens documentary productions, including Sarah Price's Caesars Park, George Ratliffs Hell House, Macky Alston's Questioning Faith: Searching for Meaning When Nothing Makes Sense and Hannah Weyer's La Escuela.
Email ThisBlogThis!Share to TwitterShare to FacebookShare to Pinterest
Newer Post Older Post Home