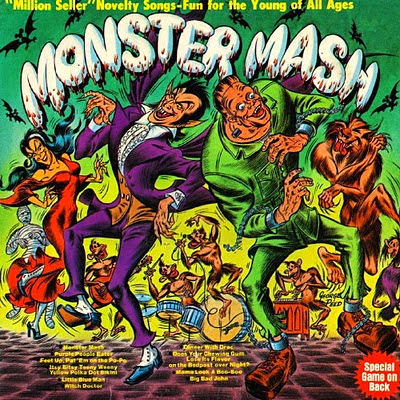 Oddball Films and guest curator Lynn Cursaro present Monster Mash-up featuring Winter of the Witch.  The classic creatures of Universal horror and the cackling brides of Satan are the focus of this year’s Halloween spectacle. Everyone’s favorite monster appears in highlights of both the spare Son of Frankenstein (1939) and the broadly comic Abbott and Costello Meet Frankenstein (1948). Doom of Dracula (1944) features an elegantly turned out Boris Karloff as the Count’s protector. Some people can find a teachable moment in any holiday, as the cheese-heavy Halloween Safety (1969) attests. Georges Méliès’s pioneering cinema of mayhem is the perfect vehicle for a pair of hellzapoppin’ otherworldly shenanigans: The Inn Where No Man Rests and The Witch’s Revenge (both 1903). Witchcraft’s time-tested power is pitted against Woody Woodpecker's madcap cartoon mojo in Witch Crafty (1955). The devil gets his due in appropriately fleshy style in Betty Dolan`s endearingly strange mid-century burlesque in Satan-Tease. And of course, Hermione Gingold is back in Winter of the Witch (1969) as a mischievous old dear who is nonetheless eager to share the delicious secret of happiness.  More is stewing in the Oddball cauldron, so be there!  And as always, complimentary home-baked treats appropriate to the season for all!

Winter of the Witch (Color, 1969)
Ah the sweet magic of pancakes! A young mother and her son move from the big city and get a great deal on a huge house, only to find they have an ancient witch is part of the bargain. When their enchanted tenant finds they won’t be scared away, she lets them in on the secret of happiness - a griddle full of her special blueberry pancakes. The fabulous Hermoine Gingold gives a beautifully hag-positive portrayal. Heartwarming and subversive! Narrated by Burgess Meredith.

Doom of Dracula (highlight reel of House Of Frankenstein, 1944, B+W)
Boris Karloff plays a dapper mad scientist bent on using his unnatural discoveries to exact revenge! After springing himself from the laughing academy,  Karloff  takes refuge in a traveling carnival which just happens to have to bones of a certain Transylvanian nobleman as its main attraction. Glenn Strange debuts as the Monster, but this reel of highlights is very big on John Carradine’s the Count Dracula.

Two from Georges Méliès!
The Inn Where No Man Rests (1903, B+W) Insane devilry with inanimate objects was the Méliès stock-in-trade. It's bad enough that our weary traveler is tormented out of a peaceful night by his boots, the bed and just about any object with which Méliès can manipulate, the ruckus really gets out of hand when the other guests come to investigate. The Witch's Revenge (1903, b&w) In trouble with the king for practicing the dark arts, a sorcerer tries to conjure his way out of trouble. His offer to magic up the woman of the ruler's his dreams by way of wizardry goes absurdly awry.
Son of Frankenstein (highlight reel, 1939, B+W)
Notable for being the third and last big-screen appearance by Boris “the Uncanny” Karloff as the Monster, it was also Mel Brooks’s go-to for his brilliant Young Frankenstein. Baron Wolf von Frankenstein (Basil Rathbone) returns to his ancestral home after years abroad and finds the stories about dad were all true! Bela Lugosi is at his best as the devoted keeper of  the creature, Ygor, who implores the baron to restore his old friend. “It’s alive!” Indeed!
Krazy Kat in Krazy Spooks (B+W, 1933)
Krazy Kat jumps back to the screen to battle ghosts, skeletons and gorillas in this silly short. A simple walk in the woods gets hairy when Krazy Kat and his sweetheart take shelter in a haunted house. Oh, dem bones!
Halloween Safety (Color, 1969, excerpts)
Using a poorly animated Jack o’lantern and the simplest English possible, the perils of All Hallows Eve are trotted out to teach kids that there’s no way they’ll be safe without a grown-up. Designed to insult anyone over the age of 4, this gem will have you reaching for a razorblade apple in no time.
Witch Crafty  (Color, 1955)
Woody Woodpecker's animated anarchy versus witchcraft, what a battle! When a passing witch-in-distress stiffs Woody for the price of a broomstick, our feathered friend employs a bag of cartoon world tricks a witch could never dream of to get the crone to cough up his dime.  Any guesses who wins?
Abbott and Costello Meet Frankenstein (highlight reel, 1948, B+W)
The title of this monster mash up doesn’t even begin to describe this film’s unwieldy shenanigans! Bela Lugosi and Lon Chaney, Jr. are on hand to reprise their roles as Dracula and the Wolfman, but Glenn Strange dons the big boots as the title creature.  You’ll be charmed by the poignant old-school special effects even as you get as much of Bud and Lou as any non-devotees could be expected to stand.
Satan-Tease  (B+W, 1955)
Burlesque queen Betty Dolan brings new meaning to the phrase dancing with the devil. Cleverly costumed, Miss Dolan's right hand is the hand of the devil and she can't stop in it from trying to get to third base. Oddball and erotic on many different levels, it must be seen to be disbelieved!

Trick or Treat (1969)
Trick or treat . . .  and how! Pete and Sandy are getting to be a bit old for the door-to-door routine, but it’s so hard to quit when you find yourself old enough to mastermind some real mayhem. After framing a local moppet for their misdeeds, this morality tale takes on an almost noir feel. From the Roleplaying for Social Values people, folks who sure know how to co-opt a holiday.
. . . and only the Devil knows what else! 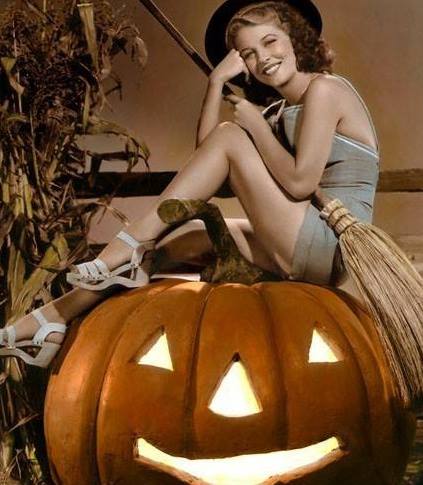 About the Curator
Lynn Cursaro is a local film blogger. Over the past two decades, she has worked in research and administrative positions a variety of Bay Area film organizations. She has a bit of a crush on Boris Karloff.
About Oddball Films
Oddball films is the film component of Oddball Film+Video, a stock footage company providing offbeat and unusual film footage for feature films like Milk, documentaries like The Summer of Love, television programs like Mythbusters, clips for Boing Boing and web projects around the world.
Our films are almost exclusively drawn from our collection of over 50,000 16mm prints of animation, commercials, educationals, feature films, movie trailers, medical, industrial military, news out-takes and every genre in between. We’re actively working to present rarely screened genres of cinema as well as avant-garde and ethno-cultural documentaries, which expand the boundaries of cinema. Oddball Films is the largest film archive in Northern California and one of the most unusual private collections in the US. We invite you to join us in our weekly offerings of offbeat cinema.